The Valhalla Social Cinema is bringing back cult classics, marathons and drive-ins to Melbourne, celebrating the nostalgic movie experiences of a past generation. 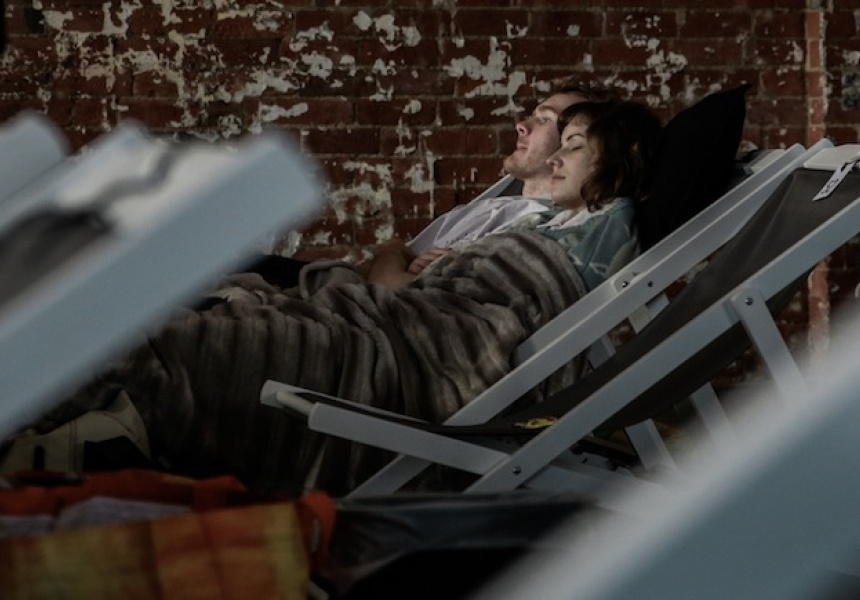 When José Maturana couldn’t satiate his appetite for cult cinema in Melbourne, he decided to start his own – the Valhalla Social Cinema.

“It all started with the 24 hour sci-fi movie marathon. Or should I say, the absence of it in Melbourne for more than 15 years,” says Maturana. “An article I came across earlier this year about a 24-hour sci-fi fest in New Zealand was the final straw. I thought stuff it, if no one else is going to do the 24-hour, I will.”

The Valhalla Social Cinema is a homage to the original Valhalla Cinema, located in Richmond, which relocated to Westgarth in 1987 and closed in the late 1990s. “When the original Valhalla closed, movie marathons in Melbourne stopped,” Maturana explains. “So, when thinking up a name for the cinema, it seemed right to name it after the first Valhalla. It’s all about keeping the spirit alive of the original.”

Screening horror and sci-fi movies from what he calls the “Golden Age” of modern cinema – the 1970s and 80s – the portable Valhalla revives cult cinema and movie marathons for both the new and die-hard fans among us. Expect B-movie gems, in A-movie timeslots.

“I think, ultimately, cult films elicit a feeling of re-capturing the first time we see a life-changing film,” Maturana says. “Because when we’re kids, every movie is life-changing. Seeing them again, so many years later, with like-minded adults, must drive the desire to go to our cinema.”

Every three months the Valhalla screens a 24-hour movie marathon (think Night of the Creeps (1986) followed by An American Werewolf in London (1981)) at a different location – perhaps Electron Workshop in North Melbourne, or Genovese Coffee Roasters in Brunswick East.

To get your cult cinema fix between marathon screenings, or for those who can’t face an epic 24 hours of horror, the Valhalla also pops up across town screening double and triple bills and drive-in sessions.

Your Valhalla movie experience will involve a range of movie treats, from the retro (locally-made choc tops) to the more contemporary (single origin coffee), as well as deck chairs to stretch out on, a high definition screen and a smaller-than-average audience.

The smaller audience, explains Maturana, ensures that the social aspect of the cinema stays strong. “I want people to be talking and laughing in-between and during the movies, like they used to. For me the social aspect is very important. It’s something that isn’t found anymore in cinemas.”

Valhalla Social Cinema is hosting a pop-up drive-in on Friday August 9 from 7.30pm at Genovese Coffee Roasters and will be showing Christine and Fright Night back to back. For tickets, click here.