Nouvelle Vague’s Marc Collin reveals that the French bossa nova group are ditching their famed covers, but not before they tour Australia this summer. 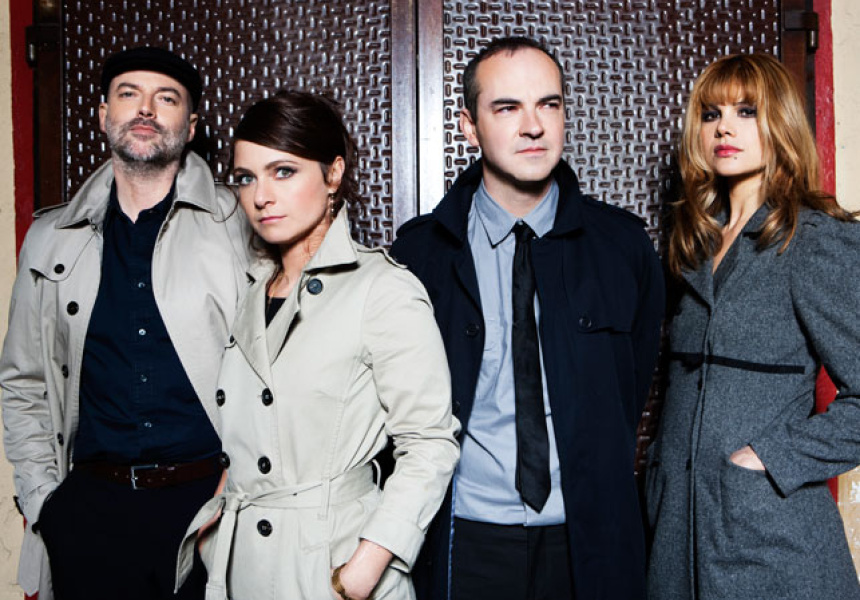 If it’s been a while since you checked in with French bossa nova collective Nouvelle Vague, you’ll be forgiven for thinking that their output solely comprises covers of English and American punk and post-punk.

Their sultry mid-2000s renditions of songs like Dead Kennedys’ Too Drunk to F--k and Billy Idol’s Dancing With Myself continue to be titillating additions to chilled-out playlists, their rearrangements standing the test of time and showing the original melodies to be, well, versatile to say the least.

However, change is afoot in the Nouvelle Vague camp. Just over two months ago, core musicians Marc Collin and Olivier Libaux started to write original songs that will make up the next record. That’s right: there’ll be no more covers coming from the Paris-based duo and their coterie of French and Latino singers.

Speaking to us prior to the group’s Australian tour in December and January, Collin says he and Libaux agree that it’s time to do something different with the band.

“Already we’re writing our own songs,” he urges. “I’ve done a lot of different projects and am still doing other projects, writing original songs for film and everything, but I think it’s nice now to put that together [with Nouvelle Vague] and to write our own songs.

“Or maybe it won’t be interesting, I don’t know,” he admits. “But we have nothing to lose now. I don’t think we can do covers for 10 years more.”

Even the most recent Nouvelle Vague album, 2010’s Couleurs Sur Paris, marked a significant change. The record was the first time Nouvelle Vague had looked inwardly to bands from France, exploring what was happening in their own country in the 1980s.

Collin tells us he wanted to pay tribute to the lesser-known French bands he was listening to in his youth. “There’s a new tendency for people to be interested in what was happening in France in the early 80s, because it was an interesting time and the punk and post-punk was a bit different to what happened in London or in America or even Australia,” he says.

Where previous Nouvelle Vague records have introduced us to new singers, on Couleurs Sur Paris Collin and Libaux recruited big names in French pop, including some familiar to Australian radio listeners: Yelle, Soko and Camille.

Convincing the stars of France to sing what he’d chosen for them wasn’t easy, Collin says. “It wasn’t that easy because everybody wanted to do the same songs… It’s much more difficult to convince people to sing on a song they don’t know.”

We won’t be seeing those singers alongside Collin and Libaux when they next head out here. Instead, they’ll be bringing long-time Nouvelle Vague vocalists Phoebe Killdeer and Melanie Pain. Nor will we be hearing any of the new originals – it’s too early, Collin says. As such, this may well be the last chance to witness the band as we’ve known them, before they move onto the next phase in their fascinating career.