With the young but exalted gallery closing its doors in December, the contemporary art dealer hosts two final exhibitions in its city digs. 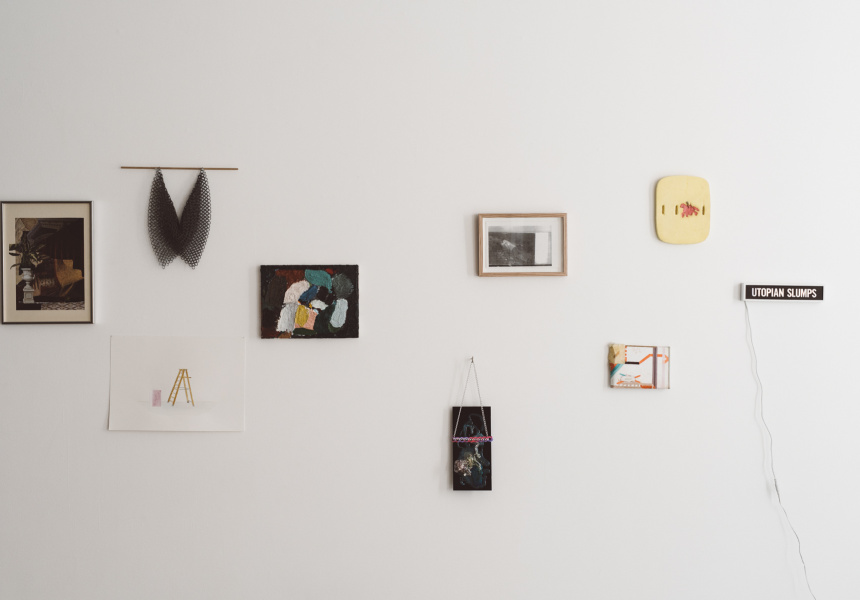 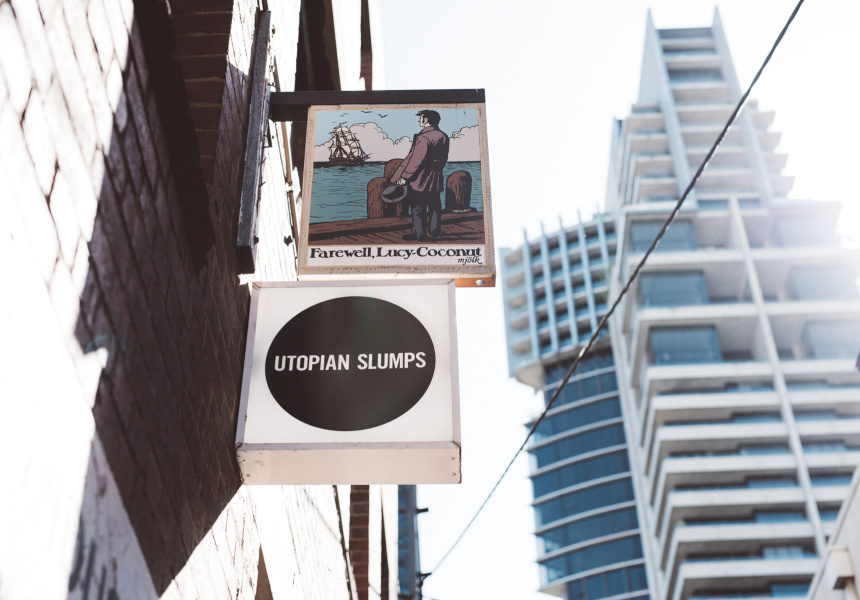 Utopian Slumps has occupied the ground floor of 33 Guildford Lane for almost five years now. Much has changed since the innovative and influential gallery began life in 2007 as a non-profit arts initiative in Collingwood, the brainchild of then-24-year-old Melissa Loughnan. Now a commercial curator-dealer with serious clout, the contemporary art space will shutter at the end of December when its lease runs out and Loughnan, now 32, joins Anna Schwartz Gallery.

The final two Slumps shows open on the night of Wednesday November 19 – an exciting but bittersweet moment for director Loughnan and gallery manager Charlotte Cornish.

“With FIN it is about doing it in a way that’s celebratory, and not commiseratory,” Loughnan says. She’s just returned from Sydney, where she curated her first Schwartz exhibition. I’m sitting with Cornish in the Slumps office, packed with canvases, sculpture and files – all of which will be gone come December 20. “We wanted it to be a blockbuster,” Loughnan says.

Slumps invited every artist who has exhibited in the Guildford Lane program as well as a plethora of those from the Collingwood days to contribute work for the grand finale – a salon-style exhibition in the main gallery. About 70 artists answered the call.

“Brendan Huntley is putting in a small work that he originally showed in Collingwood, so there will be a retrospective element as well,” Loughnan says. “It’s nice to go back to the start and have that celebratory reflection.” Most of the FIN works, however, have been produced in the last year, with several pieces making the journey from overseas, where many of the gallery’s former exhibitors are now based.

“Sriwhana Spong is sending us a work from Europe – a 3D wall hanging, which looks like the crescent of a moon crossed with a croissant. It’s this beautiful, raw, pure white form,” Loughnan says excitedly. Cornish, meanwhile, is thrilled about Dan Moynihan’s inclusion in the exhibition, since his work featured in one of the earliest shows she was involved in at Slumps.

Cornish is curating a show called Infinite Variety in the Slumps Project Room. The exhibition features five artists who have never before shown at the gallery – a fitting counterpoint to FIN with its 70 Slumps alumni. In her curatorial debut Cornish – who joined Slumps in 2012 – explores her interest in artists who engage with the digital in their practice, but who produce work with a material sensibility.

“Mel and I are both interested in the handmade aesthetic and the rise of digital culture and how artists are interpreting that transition in our generation,” Cornish says. “Digital can be a fantastic resource and it’s prevalent in our lives. But the way that artists are using it is becoming part of a process rather than just the outcome.”

For example, in a site-specific light installation by artist James L. Marshall, it appears the wall of the gallery has been cut, with fluorescent light shining through the crack. Cornish has also included the work of artist Charles O’Loughlin, who turns found and discarded materials – in this case twisted plaster beading – into art objects that visually represent data he has collected about his daily life.

Fans of Utopian Slumps will take solace in the fact that it will continue its involvement in the Melbourne contemporary art scene, albeit in a different form. Run by Cornish, Slumps will project manage and consult on public art initiatives and proposals (many of which are already in motion), as well as private curatorial opportunities.

However, the days of donning garbage-bag smocks to paint the walls of the gallery between shows, or post-night-out gatherings at Guildford Lane among piles of bubble-wrap, are, for the Utopian Slumps team, FIN.