Lest you get sucked into rom-com purgatory this Valentine’s Day, we've picked out a list of films about love that take the road less travelled. 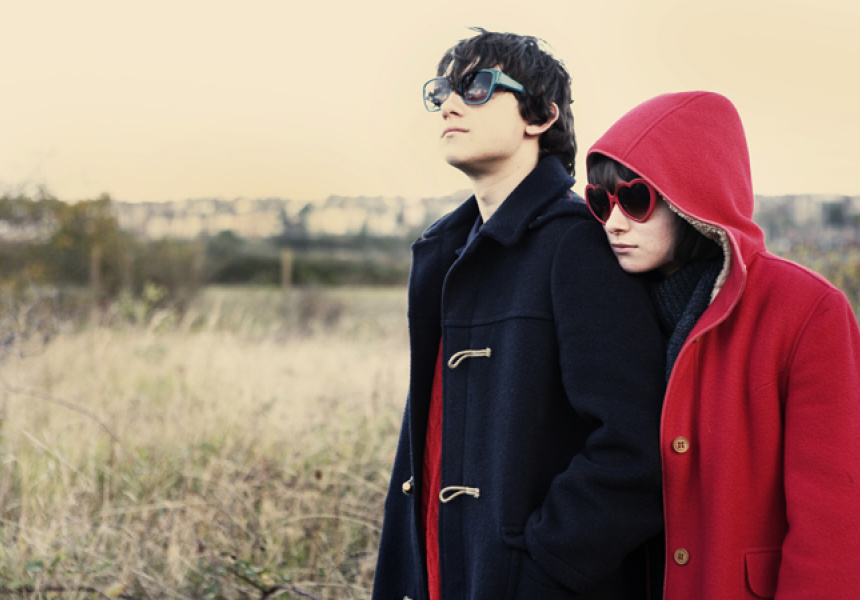 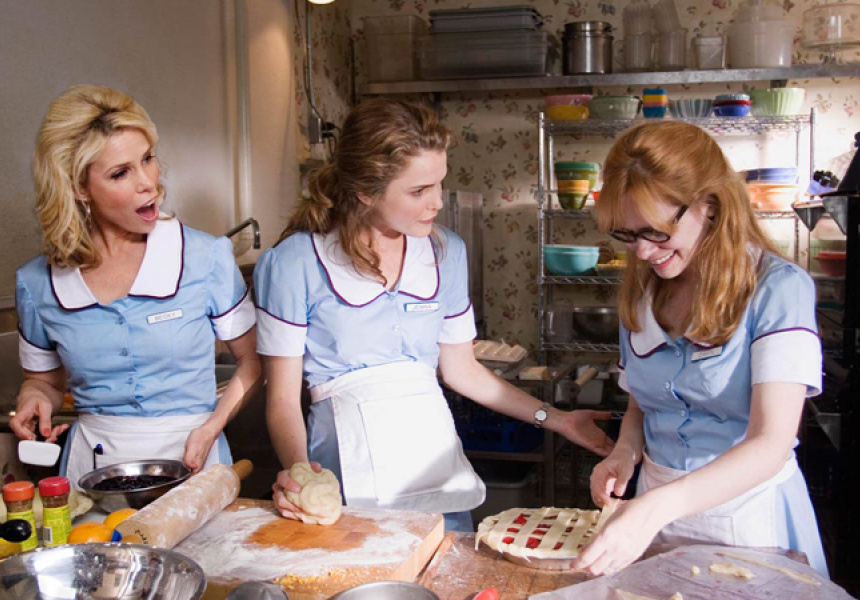 Don’t let yourself succumb to cookie-cutter Hollywood romance pabulum this Valentine’s Day. The day can be fraught enough without subjecting yourself or your significant other to the latest star-studded saccharine fest that drips with terrible sexual politics and romantic clichés. With our handy list of films featuring love stories that stray outside of the norm, you’re safe in the hands of some very clever movies that don’t skimp on the romance, but don’t leave you feeling that you’ve witnessed something that could never exist between actual human beings.

Lars and the Real Girl (2007)
Lars (Ryan Gosling) is an awkward sweetheart of man who has never had much luck with women due to his debilitating shyness. His sister and brother-in-law are delighted when he unexpectedly tells them that he’s met a girl and is bringing her over for dinner. Their delight quickly turns to shock when it becomes apparent that Lars’ girlfriend is a sex doll that he ordered off the internet. But Lars hasn’t bought ‘Bianca’ for sex – he wants a relationship and soon his relatives, friends, and indeed their entire small town, are going out of their way to welcome Bianca and give Lars what he needs to explore the realities of relationships in a safe space.

Safety Not Guaranteed (2012)
“WANTED: Someone to go back in time with me. This is not a joke. You’ll get paid after we get back. Must bring your own weapons. I have only done this once before. Safety not guaranteed.” So reads a mysterious ad run in a local newspaper. When the magazine that Darius (Aubrey Plaza) interns for gets wind of this potential story, she is sent along with her sleazy boss and a fellow awkward intern to investigate the presumed kook who placed the ad. But Kenneth (Mark Duplass), while definitely kooky, may actually be serious about time travel and Darius feels herself falling very quickly under his odd spell. The chemistry between the sullen, prickly Plaza and the taciturn yet sensitive Duplass is so dynamic that it steamrolls over any of the film’s shortcomings.

His Girl Friday (1940)
Ah, screwball comedies, where love is born from the two protagonist’s best efforts to cleverly insult each other into the ground. And His Girl Friday is the most rapid-fire screwball comedy of them all. Cary Grant spends the film attempting to convince his ex-wife Rosalind Russell that her new fiancé is a nincompoop and she’d be much better off just marrying Grant again. It doesn’t help that Russell is also newspaper editor Grant’s star reporter, and if she gets married he’ll lose his best writer. If you don’t end up rolling on the floor laughing at the truly delicious dialogue (“You've got an old fashioned idea that divorce is something that lasts forever, 'til death do us part. Why, divorce doesn't mean anything nowadays, Hildy, just a few words mumbled over you by a judge”), you’ll at least come away from the film with the pressing need to make Rosalind Russell your new style icon.

The Rebound (2009)
Basing your film’s marketing around a disposable cultural fad is never a good idea, so when The Rebound hit cinemas in 2009, ladies with brains groaned, “Oh god, not another thing about cougars!” and ran away with their wallets. But such a marketing pitch actually did this very intelligent rom-com a grave disservice. Instead of just throwing its protagonists together with no preamble and expecting audiences to accept their union unquestioningly, this film does what very few modern rom-coms do, and shows the hard yards of why Catherine Zeta-Jones’s sports statistician would even look twice at baby-faced Justin Bartha. Intelligent romance that doesn’t talk down to its audience is something we sadly rarely see in mainstream cinema, so hold onto this one and don’t let go.

Submarine (2010)
Oliver Tait is an awkward, 15-year-old Welsh lad with two goals: to lose his virginity (preferably to Jordana, the beautiful, eczema-ridden pyromaniac of his dreams) and to save his parents’ marriage by stopping his mother running off with the weirdo mystic who lives next door. The debut feature film from Richard Ayoade, who you might know better as Moss from the fiendishly funny UK comedy series The IT Crowd, Submarine cuts right to the quick with its depiction of teenage romances and woes, beautifully stark in is utter awkwardness, yet never forgetting that at the end of at all, you can’t help but laugh at life and love’s disappointments.

In the Mood For Love (2000)
If you simply must be maudlin and use Valentine’s Day as an excuse to mourn the ‘one that got away’, at least do it right with the most quietly devastating romance that never was, In The Mood For Love. Chow (Tony Leung) moves into an overcrowded apartment building, where he notices neighbour Li-zhen (Maggie Cheung). Brought together in friendship when they both start to suspect that their spouses are having affairs, they orbit each other like satellites around planets, continually drawn together, yet never to truly meet. Set in Hong Kong in the 1960s, the look of this film is as achingly beautiful as the story it frames.

Let the Right One In (2008)
Oskar is 12 and dreams of revenge against the bullies who brutally torment him at school. Then Eli, a new girl, moves in next door. She only appears at night, to come into other people’s homes she must be verbally invited, and she seems to be the reason behind the spate of disappearances and murders that have occurred since her arrival. But Oskar can’t help but overlook the monster in Eli to see the girl who has been 12 for a very long time. A horror love story from Sweden that has a twisted, sweet core as Oskar and Eli’s friendship becomes a relationship of mutual protection. The blood-splattered finale will see your jaw hit the floor and your heart burst.

Weekend (2011)
Closeted to everyone but his closest friends, Russell goes out one night to a gay club on the pull and ends up coming home with Glen. What they both expect will only be a one night stand turns into something much more, as they spend the weekend getting to know each other, arguing about gay identity, having sex and, inevitably, falling in love. The only catch is, on Sunday Glen is catching a plane to move to New York. Weekend is an all too rare occurrence not only in gay cinema but in romance films in general, offering a mature yet tender look at those relationships born out of brief opportunities, and how the transitory nature of some relationships end up profoundly effecting one’s greater sense of self.

La Belle et la Bête (1946)
Surrealist filmmaker Jean Cocteau never went by halves when it came to aesthetics, so his film adaptation of the classic fairytale Beauty and the Beast is a decadently lush vision to behold. Filled with astonishing set design, prosthetics and special effects, its visual excess takes your breath away (and also may inspire you to send a sternly worded letter to Disney about all the aspects they clearly ‘borrowed’ for their animated version). But what’s really interesting about it is how Cocteau subtly tweaks the tale’s traditional ending into a commentary on how disappointing the standard ‘happily ever after’ might actually be for a woman to experience.

Waitress (2007)
Jenna (Keri Russell), a waitress in a small Southern town, has a problem: her husband. He’s a brute she is just itching to up and leave and she hopes that her gift for creating delectable pies will give her the monetary means to escape and remake her life. But then a great huge obstacle falls into her path in the form of a pregnancy. Throw in the new handsome town doctor (Nathan Fillion) – who is clearly smitten by Jenna but also happens to be married himself – and the path to freedom becomes all the more complicated. Highly enjoyable, firstly for the plentiful food porn (you will go off to bake many pies afterwards), Waitress is a rom-com that doesn’t shy away from the serious issues of unwanted pregnancy and domestic violence, yet retains a sweet honesty that makes it a true delight.