Turner and the Promised Land

Turner From The Tate: The Making of a Master, the winter blockbuster at the National Gallery of Australia, will warm the heart and enliven the senses. 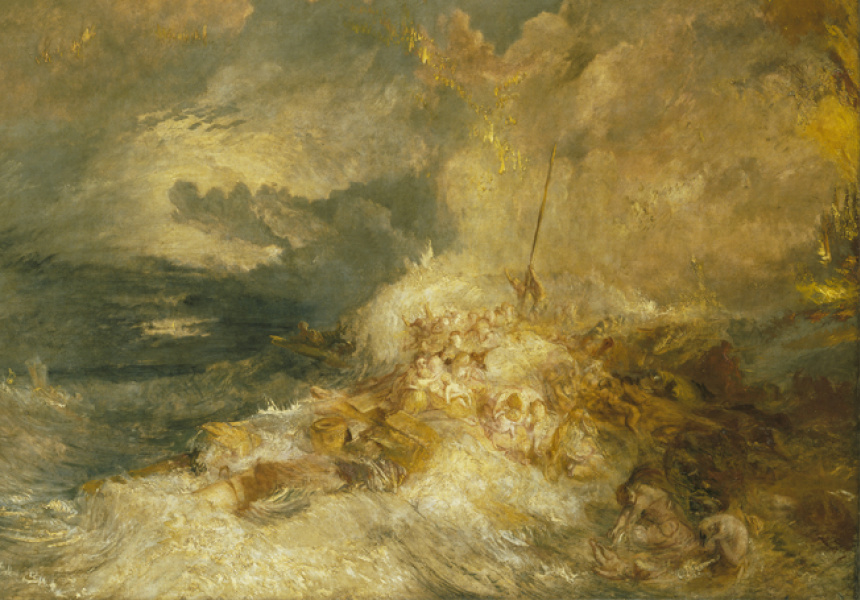 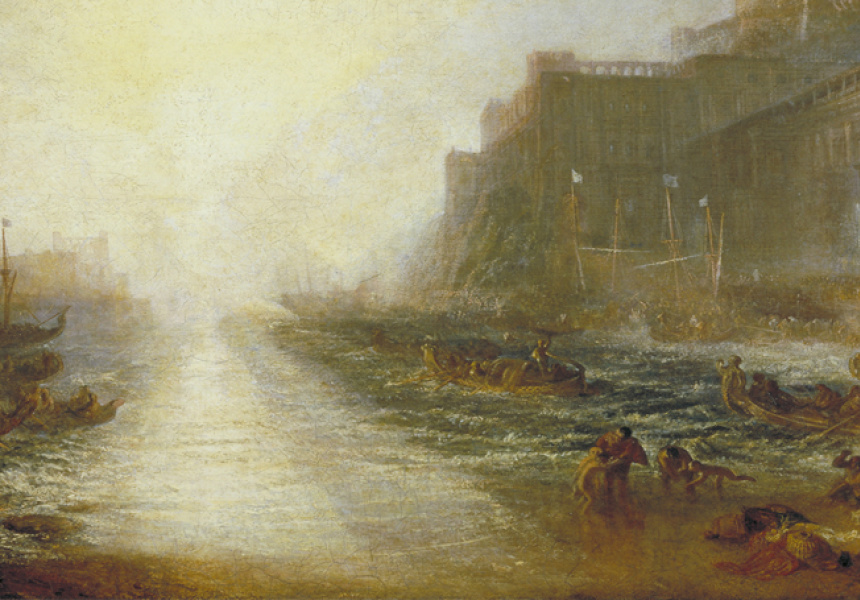 Photography: The fall of an avalanche in the Grisons, (det
1/6
by Nicole Bittar
Share

For lovers of historical and landscape art, a trip to the nation’s capital has never been so captivating, as Turner is in town. Not the man, of course (Joseph Mallord William Turner was born in London in 1775 and lived until 1851), but his artistic legacy. Turner From The Tate: The Making of a Master, a collection of 110 works in total, including 40 oil paintings and 70 works on paper, from expressionistic watercolours to intimate drawings, is on loan from Tate Britain.

The most acclaimed British artist of all time was not only a defining Romantic painter, but also an astute businessman when it came to maintaining his collection. However, director of Tate Britain, Caroline Collier explains that the master became tardy in his dotage. “Many of his works were found propped on the floor, gathering rising damp,” she says. “One painting was even used as a cat-flap!”

It’s safe to say he never played it safe, and like all revolutionary artists, Turner was a rebel with a cause who defied aesthetic norms. Even his late works, such as the dramatic Peace – Burial at Sea (1842), were roundly criticised for their “lack of finish”. However, in breaking artistic rules, he influenced a legion of artists, including master Impressionist Claude Monet.

International curator at the National Gallery of Australia, Lucina Ward cites the way Turner elevated pastoral landscapes and figurative art into the realm of history as an example of his pioneering spirit. The Claude Lorrain-inspired England: Richmond Hill, on the Prince Regent’s Birthday (1819) is a case in point.

Such fusty leanings towards aristocracy continue to "speak" to a contemporary audience because his works are as awe-inspiring today as they were shocking when first shown. His experimental technique, historical view on subject matter and depiction of light, colour and form see him unmatched.

"He is an artist who was successful early on, but it must be said that he didn't have a very formal or strict training," Ward says.

Turner was often quoted as attributing success to "damn hard work". He produced more than 25 oil paintings and 100 watercolours of Venetian subjects. In this exhibition, a selection of romantic renderings of the breathtaking lagoon city, awash in golden light are hung against a turquoise backdrop. The majestic Venice, the Bridge of Sighs (1840) is the pick of this rich crop.

Turner’s impact was felt as far afield as Australia. A major work in the stirring selection of seascapes is the haunting A Disaster at Sea (circa 1835), which portrays a swirl of grey seas, a tangle of bodies and ship wreckage in a range of sickly yellow hues. This jaundiced shade, endemic to Turner’s emotive palette, was met with revulsion.

Nonetheless, the work, based on a sea captain abandoning convict women and children bound for New South Wales, is a potent statement on maritime catastrophe.

If that doesn’t appeal, head to the drawing cabinet – one of six sections – where the master is on display at his most intricate, with a range of watercolours and detailed sketches.

Turner From The Tate: The Making of a Master is at the National Gallery of Australia in Canberra until September 8, 2013. For tickets and information, visit: nga.gov.au/turner