Surf photography is a wild and committed profession attempted by many yet mastered by few. In a collaboration between surf magazine Paper Sea Quarterly and Broadsheet, four surf photographers each share an image they feel captures a special moment in their careers. 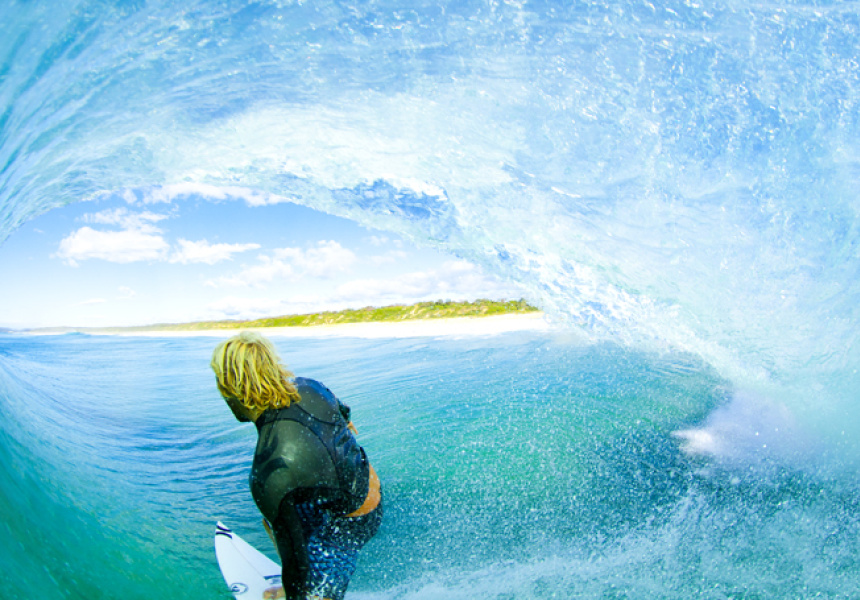 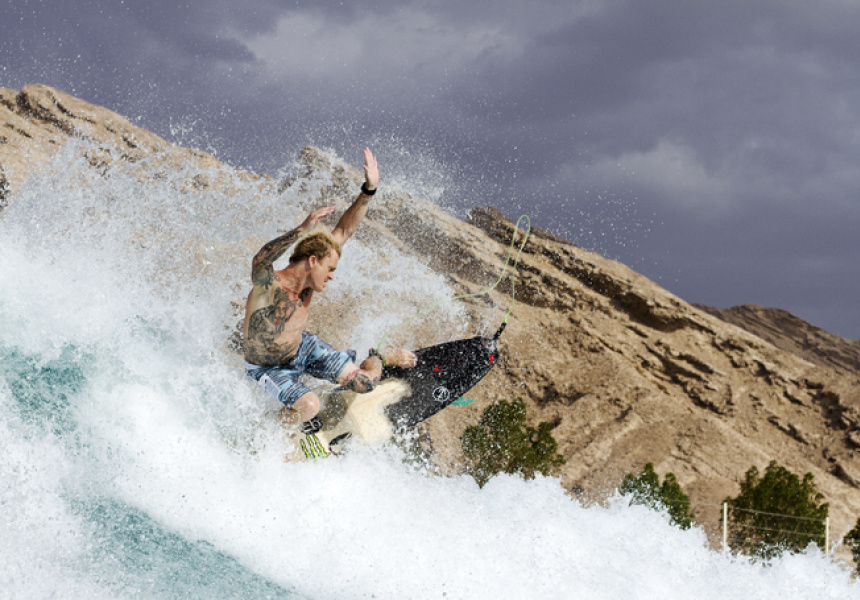 From the early years of contemporary surf culture, surf photographers have proven a mysterious and peculiar mob of misfits on the blind side of the culture and industry. The bourgeoning surf movement was widely shunned and dismissed by mainstream society as a hedonistic waste of time reserved for layabouts and miscreants, before it became more socially acceptable as a competitive sport and recreation for beach lovers the world over. But while surfers slowly began to garner more social acceptance, their photographer counterparts remained in the shadows.

In recent years, surf photographers have enjoyed a larger media profile due mainly to the proliferation of surf blogs and websites. Establishing a presence online and utilising social media has allowed people to put faces to photo credits and follow photographers’ work more closely. Of course, with this increased accessibility has come an inundation of amateur photographers and finding the quality among the quantity remains problematic.

Surf photographers must go to extreme lengths to practice their profession and they often encounter unique obstacles to get a photo. They study meteorological maps to predict swells, wind conditions and forecast which waves might be working. Once they have a good idea of the conditions, they’ll often still drive for hours checking spots and hiking along goat tracks with heavy camera gear, wetsuits and flippers to check a wave only to find that it isn’t working. If they’re shooting from the water, there’s a host of factors they must also combat.

Alongside the possibilities of being swept out to sea by rips, slammed into and dragged across reefs and being stalked by sharks, they must think about the composition of the photograph, swim themselves into position to be in front of the right section of a wave and be ready for when the surfer gets onto one and, hopefully, plays their part.

All this is in the pursuit of taking a photograph of a person riding a wave – an image that may or may not be of interest to a magazine or the photographer’s own series of work. The level of commitment, knowledge, experience and motivation that is required to become a professional surf photographer is tremendous. Their work requires fanatical passion and patience, but the results are often transcendent and most wouldn’t trade their living for anything.

We had a chat with four Australian surf photographers about the story behind their favourite photographs. They unanimously refused to name a favourite shot, suggesting that it was still ahead of them. Until then, here are some of their fondest photographic moments and the stories behind them.

To get this shot, I had to get out in the water when it was still so dark I could barely see the waves coming in. This was taken at 13th Beach and while it looks like a pretty perfect day, it was far from pleasant. The swell was hitting on a funny angle and it was lumpy. It’s that exact reason why I love surf photography: I aim to bring out the best moments from what are often chaotic conditions. Using a slow shutter speed is usually an artistic choice, but for this shot it was out of necessity that I had it slow because there just wasn’t enough light to shoot another way. I was shooting speed blurs for the first part of the session and then this wave came through and it was by far the best shot I’d taken all morning. Sometimes you take a shot and can be really confident that it’s going to work and other times you might be going over photos months later and a shot pops out. I enjoy the challenge of making something chaotic and uncontrolled look perfect and calm.

This was taken at the Wadi Adventure water park in the desert city of Al Ain in Abu Dhabi. It was the first trip that I had planned and funded myself, so I was pretty psyched to be there. Shooting in a controlled environment is perfect, I’m obsessed with composition and the pool allows you to visualise and plan the exact shot you want. It’s like a studio setup: there are little markers on the bottom where the water jets are, so you can visualise the composition of the shot, choose your lens, use the markers as a guide to line it up and go out and nail it pretty much every time. I wish I always shot in the pool. My photography looks at more that just the athlete on the wave. I care less about the athlete and more about the experience of being at the location and giving an atmosphere to the shot. I want my photos to tell a story of where I am and give people the whole vibe of the place, rather than just show a photo of a guy doing a cool turn.

I was shooting just down the road from my house, just shooting for myself, for fun. It was a really pretty winter morning, nice waves and barely any people in the water. I was just mucking around taking some speed blurs and there was nothing really happening. I took this photo on that nondescript morning. I don’t know who the surfer is. He just drove into the car park already in his wetsuit. He checked the surf, grabbed his board and paddled out. He caught one wave, did the craziest turn, came in, didn’t say a thing to anyone, got into his car wet and drove away still dripping. I kind of wonder if he just spent the day driving along the coast doing that at every beach. Usually, I shoot for a purpose, either editorial or advertising. On that day I was just shooting for fun but I’m usually on the job. I had surfed all my life and then due to an injury I could no longer surf, so photography felt like a natural way to keep my hand in the water and hang out at the beach with purpose.

Out of season, there was a big northeast cyclone swell coming down the coast from Queensland. I headed south for a week with a couple of surfers and on this particular day the waves were large and coming in from the north. We drove around all morning looking for a decent beach break and settled on this remote spot. The conditions were amazing: crystal clear water, light offshore winds and we were in the middle of the bush. It was as good as it gets. Ace Buchan paddled out and this was the first wave of the session and the first photo I had ever shot of him. As soon as I came up after that wave I was pretty confident it would be a special image, I checked it in the water and I showed Ace and he laughed his head off. It’s a real challenge to make your photography stand out amongst the sheer volume of people shooting surf now. I aim to capture a different perspective with my photography – to get a shot like this one is rare.

Andy Summons is the editor of Paper Sea Quarterly.