Come to our party to find out what that means. 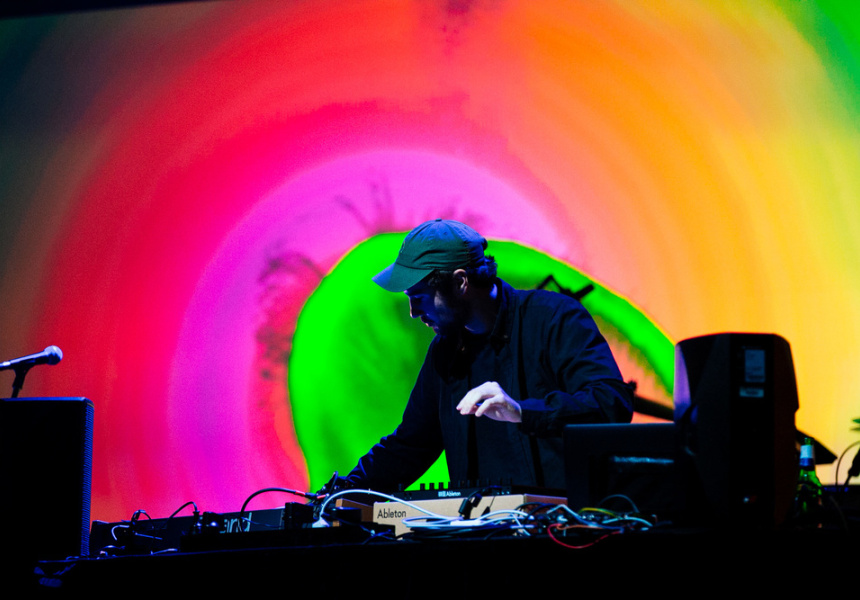 "If we had a religion," says Tin Nguyen, "(which we don’t), we’d believe in the universe itself as an entity."

Nguyen is one half of Tin & Ed, a Melbourne-based design duo who do everything from animation to photography and art direction.

You might have heard that we’re throwing a party on White Night. It’ll be a visual and musical feast, with sounds curated by DJ Edd Fisher of Wax’o Paradiso, food by Supernormal and visuals by Tin & Ed at Alpha60’s spectacular store in Chapter House.

That space is one that feels totally unexpected for the middle of the city. Chapter House is a peaceful, church-like neo-gothic haven attached to the back of St Paul’s Cathedral. And Tin & Ed are creating projections specifically for that grandiose room.

"A lot of our work deals with how everything is interconnected," says Ed Cutting, the other half of the pair. "The work is a graphic exploration of invisible forces in the universe, whether they’re real, theoretical or fictional."

On the night, expect four or five different movements and "exploding forms and colours, visualising the invisible."

It’ll all work in tandem with the music that Fisher has planned, which includes electronic and classical sounds.

"We had a show at the Sydney Opera House early last year," says Ed. "This is a development of what we learned there."

That show involved a collaboration with musician Charles Murdoch and together they constructed a bright, gently psychedelic collision of sound and vision. So this show will be big.

Broadsheet's White Noise at White Night is on Saturday February 18, from 7pm to 7am. Add to Facebook events here.