We’ve narrowed down the extensive bill of global music at Sydney Festival to an essential 10 acts. 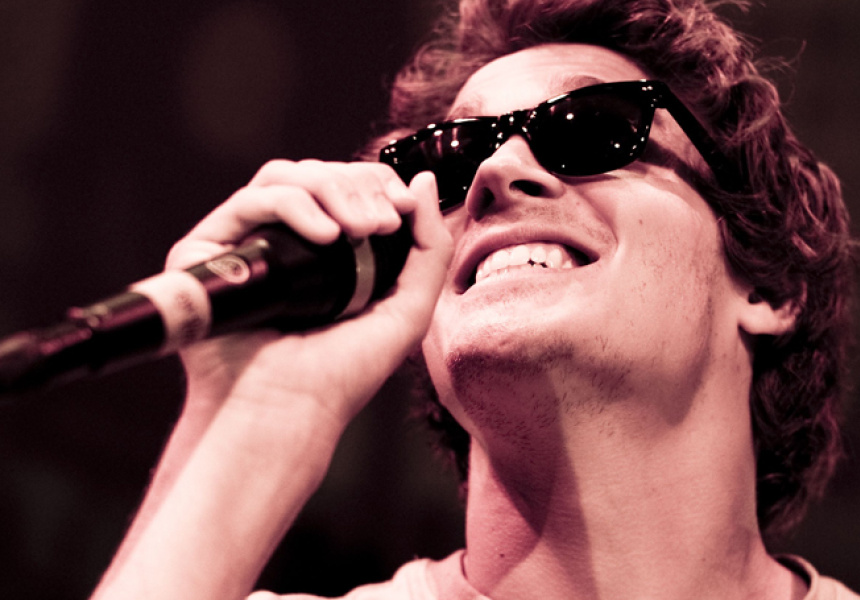 The programmers at Sydney Festival spend all year trawling musical eras of years gone by, exploring cultures, mapping record labels and seeking out legends to curate an eclectic program of idiosyncratic global music. From the unknown to the established; the underrated to the revered, there’s a lot of good stuff this year and while we’d love to see it all, these are the 10 acts that we feel are really unmissable. Book it in.

Chaka Khan (Soul), USA
There ain’t nobody that ain’t ready to line the streets with gold leaf and garlands to welcome Queen Chaka Khan to the Sydney shores. The 10-time Grammy award-winning '80s disco goddess steps into 2014 with just as much funk as she ever had. Her voice is big enough to fill the Domain stretch – as is her hair. Just get ready to camp out for a spot.
January 11, Domain

Tom Thum (Beatbox), Brisbane
With an orchestra stuck in his throat, Brisbane’s beat-smith is able to produce the most unlikely of sounds using his born instrument - his mouth. With an installed knowledge of global multi-instrumentalism and world sounds; Tom Thum trumpets, sings and loops his way through life. You have a week to catch him at Sydney Festival and boy, does he put on a good show.
January 21-26 at 8pm, January 25 at 2pm & 8pm, Circus Ronaldo Tent, Festival Village

Bombino (Blues), Niger
From the faraway deserts of Niger lands Bombino, a Tuareg guitarist with a pension for jamming and getting down with E-minor. With his band, the Nonesuch Records-signed artist collaborated with Dan Auerbach of The Black Keys to create the ‘bluesy desert jams’ on his latest album, Nomad.
January 9-10, Spiegeltent, $38
January 11, Riverside Theatres

Eclipse (Soul), Mali
Enter a pitch black Town Hall and wait for Amadou and his wife, Mariam, to take the mics. These Malian superstars are both completely blind and by belting their soulful vocals and African Rhythms in total darkness, they are sharing their personal sonic-experience with their audiences. You won't be able to see a thing in the hall but sound and vibration will take you on a joy ride. Give your eyes a rest and enjoy the feeling.
January 9-11, Sydney Town Hall

Jacques Renault (Electronic), USA
Future Classic have been waiting to fly this Brooklyn producer back to Sydney since he headlined their takeover at Vivid Festival in 2012. Renault blends house and disco, and tears down the best warehouse parties in New York. This time, Future Classic are sending him to Paradiso - the Amsterdam after-hours, rock-club pop-up at Town Hall – alongside Medlar (UK), Touch Sensitive, Wave Racer and Future Classic DJs.
January 24, Sydney Town Hall

Matmos (Electronic), USA
Baltimore’s Drew Daniel and MC Schmidt bring musical experiments from their nine albums to Sydney for the first time. The duo invents genre-bending tracks out of ambiguous noises, delectable beats and peculiar commentary. Spanning the ’90s till now; find out how “time jumps like some magic rebound”, according to the first track off their 2013 release, The Marriage of Two Minds.
January 15, City Recital Hall

Dido & Aeneas (Opera), Germany
Lovers of classical baroque music will get a kick out of this contemporary take on a visit to the opera. Akademie für Alte Musik Berlin bring life to the choreography of Sasha Waltz in a combined re-imagining of Dido & Aeneas, Henry Purcell’s 17th century tragic romance. Expect a loud, crashing score and some tender movement straight out of Germany.
January 16-21, Sydney Lyric at The Star

Sinkane (Global), USA
This four-piece from Brooklyn managed to squeeze ’70s funk, Afrobeat, Sudanese pop, jazz and New York indie music into one album. Mainman, Ahmed Gallab, was born in Sudan and is heavily influenced by his roots. He played drums for Caribou and was a multi-instrumentalist for Yeasayer before steering Sinkane. Now signed to DFA, the group’s global sound is steeped in wild musical taste and hints of Gallab’s motherland.
January 24, 26, Spiegeltent

For the full program see sydneyfestival.org.au/2014