Tao Lin: Talking About His Generation

Author Tao Lin is stopping by Melbourne to discuss what it means to be part of Generation Now. 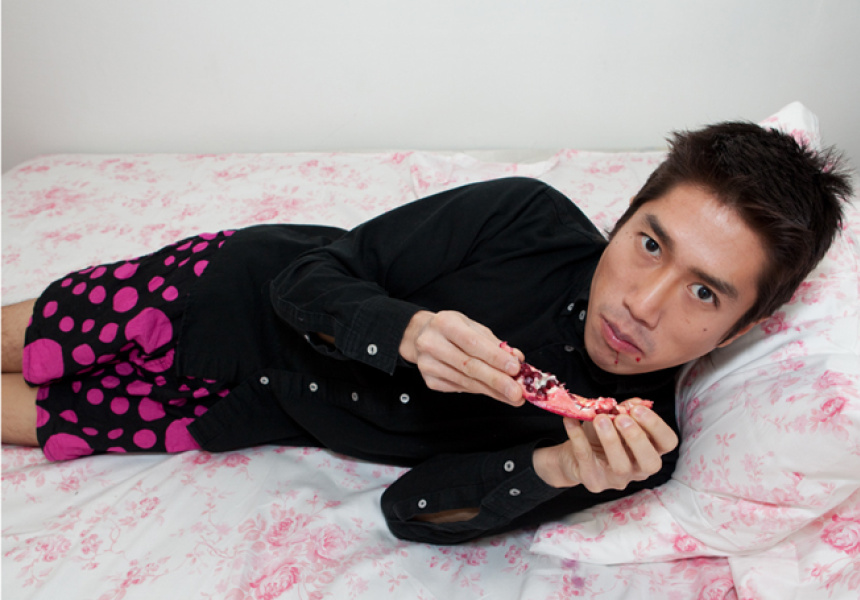 “I don’t want to do any more work. But I still want to be paid.” Taken from Tao Lin’s 2009 novella Shoplifting From American Apparel, this line goes some way to sum up one perception of the 30-year-old author’s cultural peers – all desire, with no determination. The American – who, with the release of his latest novel Taipei, has been liberally branded the “voice of a generation” – is in town for the Melbourne Writers Festival and will discuss with audiences what it means to be alive today as part of what he terms “Generation Now”.

The young creative force – who not only publishes regularly online and in print but also runs MDMAfilms and his own literary press, Muumuu House – identifies the fact that his generation is “the first to barely remember not having the internet” as a key point in examining the challenges that face them, particularly creatively, in the 21st century. The concept of living in a world free of constant connection – a world without instant access to almost any sort of information – has become a vague memory.

Lacking the means to isolate themselves as great American writers of yesteryear once did (John Steinbeck drove around the United States with only his dog for company and wrote Travels With Charley, while Henry David Thoreau lived in a cabin for two years and emerged with Walden), Lin sees the relationship that Generation Now has with the internet as one that both unifies and sequesters: “not necessarily positive or negative, but very interesting”. This connection between the real and online worlds – and all the trolling, spamming, capital-letter driven abuse that comes with it – is often painted with broad brushstrokes by the mainstream media. The term “ironic” is slapped around liberally and with it comes connotations of insincerity, carelessness and irreverence.

When asked if it bothers him, Lin pauses meaningfully, as he often does in conversation, and carefully selects his next words. “Not really, the definition of irony is when something you say has more than one meaning, but more importantly: is something ironic to them or to me? It’s not necessarily the same thing.” He goes on to explain that many things that he sees as ironic are taken with a straight face by the media. Gawker once described him as “maybe perhaps the single most irritating person we’ve ever had to deal with”. Conversely, his moments of genuine reflection are perceived as merely another act of a writer with an ultimate level of self-awareness, a man too meta for his own good. All of this leads to his conclusion that, as far as the mainstream media are concerned, “nobody knows what they’re talking about”.

The idea that we live in a world dominated by loud voices with little substance behind them is clearly one that Lin spends significant amounts of time grappling with, both in his personal life and in his work. His writing is simultaneously surreal and literal, ironic and sincere, with undertones of a generation driven by amphetamines and constant media stimulation, hurtling faster than even it realises towards an inevitable moment of personal crisis. It is full of blankly single entendres, so devoid of artifice and ironic layer that, with its Hemingway-like straightforwardness, it can’t help but appeal to a generation starved of authenticity and desperate for something honest.

The man himself doesn’t complicate his life. He says he started writing because he “didn’t have many friends, and I wanted to express myself”. This is not so much a calculated career as it is an outpouring of personal beliefs that just happen to be able to pay the bills. In many ways, Lin, for some the poster boy of I-know-more-than-you-know hipster cool, is the ultimate antidote to the saturated, contrived narratives of mainstream media.

If David Foster Wallace summed up his generation through a chaotic mix of gorgeously dense prose, driven by an underlying fear of irrelevance, Lin captures his in all it’s primal simplicity (Infinite Jest written on an iPhone). Life may appear confusing, but – for Lin at least – it can be surprisingly straightforward. “The medium is language, and that’s the only medium I work with.”

Tao Lin will be a guest at the Melbourne Writers Festival 2013, reading work at The Morning Read on Friday August 30, and appearing on the panel for Generation Now on Saturday August 31.