Taking a Ride with Andy Bull

Best known for a collaboration with Lisa Mitchell and his cover of Tears for Fears’ song Everybody Wants to Rule the World on Triple J’s Like a Version, musician Andy Bull is taking a new approach with his first self-produced single and upcoming national tour. 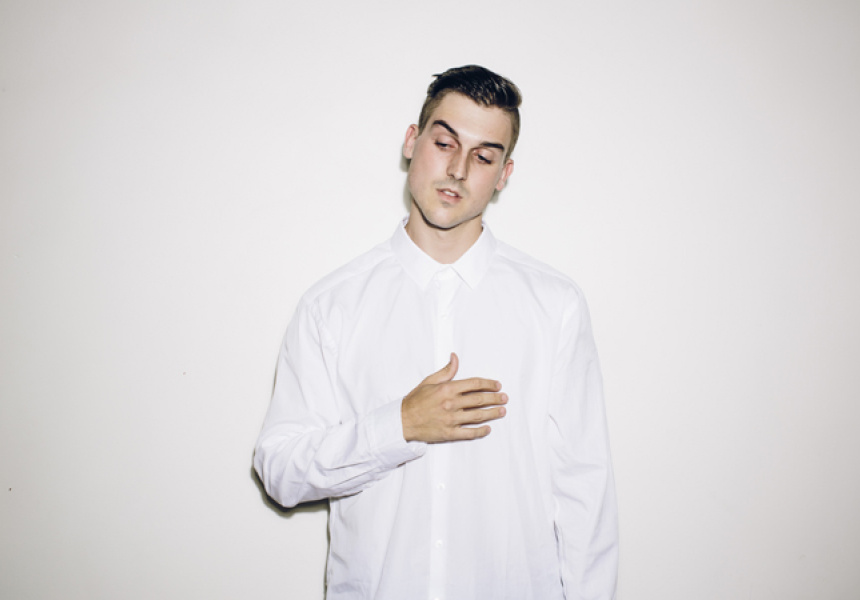 Andy Bull is in Sydney, driving up the winding road from Bondi to Alexandria, where he’s got a small studio space amongst the factories in the industrial estate. He likes to go up there every day while he’s home and he spends almost all of his creative time alone. He is a charming fellow, optimistic about a new direction and reaping the rewards for going it alone.

Bull is just a few days away from a national tour in support of his latest single, Keep on Running, where he’ll play at a series of intimate venues including Goodgod Small Club in Sydney and The Workers Club in Melbourne. Keep on Running is his first self-produced record and it adds a bold, synthetic edge to his rather safe back catalogue of pleasant electro pop songs.

Bull was earmarked as a prodigious writing talent when he signed to Island Records - a subsidiary of Universal – in 2007. He’d been picked up by Tony Buchan in 2004, the acclaimed producer who’s worked with Australian artists like Blue King Brown and The Whitlams, and together the pair went to New York to record songs for Bull’s debut album, We’re Too Young. The music from Too Young featured heavily on radio stations around the country and in 2012, Bull’s distinctive high vocal range and clever, crafted melodies broke through into the mainstream.

Best known for his collaboration with Lisa Mitchell on radio hit, Dog, Bull solidified a groundbreaking 2012 with a cover of Tears for Fears’ song, Everybody Wants to Rule the World, on Triple J Radio’s Like a Version.

Keeping him company on the drive, we get to know the man a little better as he makes his way across town.

Nicholas Acquroff: Do you ever feel like you need to make people like you?
Andy Bull: Yes, definitely. It’s always an instinct I’ve had, and now I think that instinct should sometimes be ignored and I should just try to be myself – whether I’m liked or not.

NA: I guess being a musician, that’s your goal, right?
AB: It’s funny because on the one hand you want to be liked, but on the other you want to stand out. And they don’t always go together perfectly, if you know what I mean?

NA: How quickly do you feel guilty if you haven’t played any music?
AB: Pretty quickly, actually…Within a week, if I haven’t done it, or within a few days…especially if I haven’t been clicking with it or been productive. You feel like you’ve neglected a very important part of you or something.

NA: What compels you to sing, and what is the feeling you get when you’re lost in song?
AB: I would describe it as a peaked experience. It’s unlike any other experience I’ve had, when you get lost in it. It’s timeless – time disappears.

NA: How much of your time do you spend worrying about things?
AB: Depending on the day, I like to worry a lot. I don’t think too much…I guess a little bit about loss and death…but it’s not so specifically about that. I have this low level concern about things all the time. I don’t think that’s the natural way though – if you can talk yourself into it then you should be able to talk yourself out of it.

NA: And the older you get the more you appreciate those really simple things with your friends, right?
AB: Exactly! When you’re older you put less conditions on things…You try to enjoy the process of living without focusing so much on what the outcome is going to be. When you’re younger you go, ‘I’m only going to practice my instrument if I’m going to be really, really good. And if I’m not going to be the best in this then there’s no point doing it.’ But as you get older, you realise that, no, practicing an instrument is just really nice to do.

Andy Bull is playing in Melbourne at The Workers Club on May 31 and in Sydney at Goodgod Small Club on June 8.