Take a Flower, Pass it On: Lee Mingwei’s Moving Garden

Here's why you've seen people giving flowers to strangers in the city. 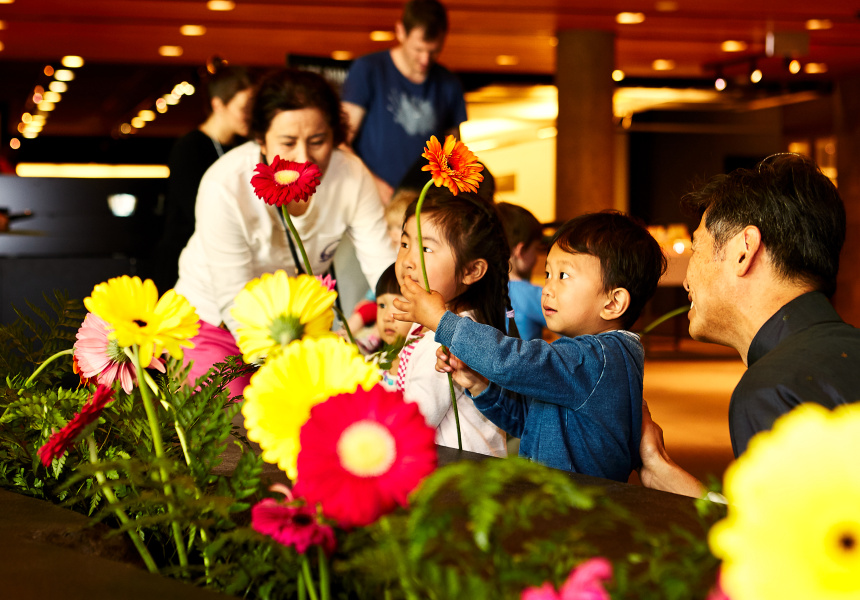 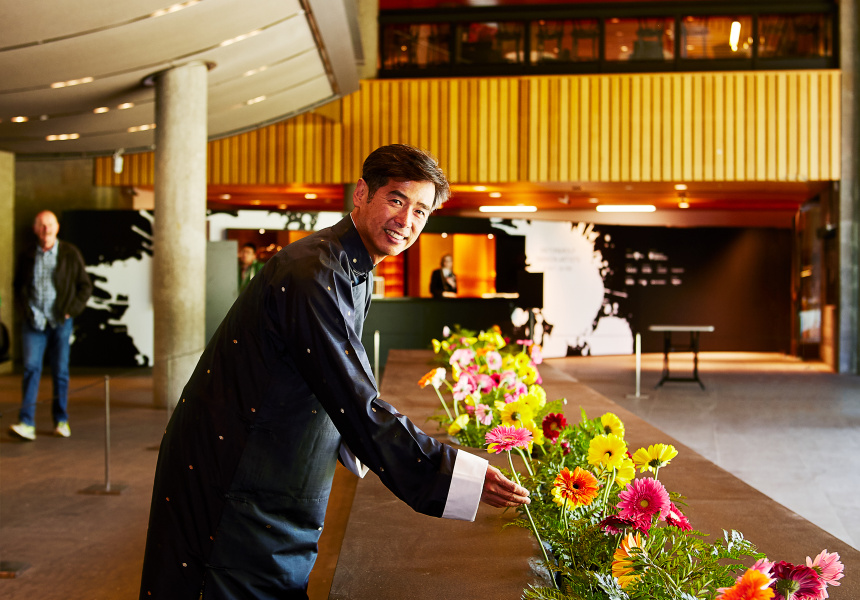 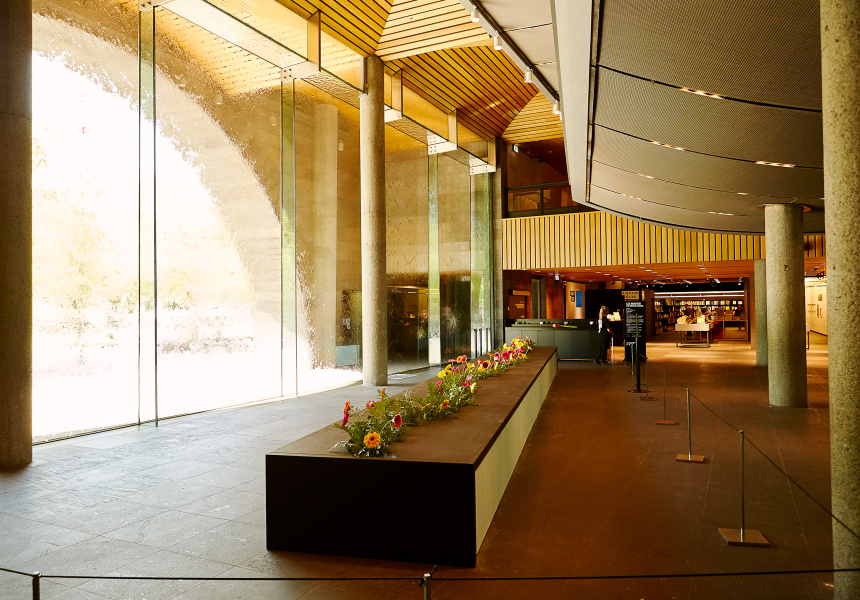 The gifts always come as a surprise at first – but then they keep coming. They’ll pile up behind the front desk of the gallery: homemade delicacies, hand-dyed silk, a bolt of kimono fabric; sometimes with little cards on top “for the artist”.

After two decades of showing his work, Taiwanese-American artist Lee Mingwei smiles at what is now an accepted phenomenon – audiences don’t just come to his exhibitions, they bring gifts.

“When my show was in Tokyo, I ended up with hundreds of gifts,” Lee says. “And they’re often made just for me, they’re not store-bought. I was so moved. The other day I closed a project in Sydney; again I received so many gifts!”

Born in Taiwan and based in Paris, Lee is renowned for his interactive installations. He believes it’s the intimate nature of his work that inspires these kinds of surprises.

“People feel the generosity of the artwork and they just want to be a part of that.”

Now, in his first Melbourne exhibition, Lee is hoping to spark the same generosity between locals. The Moving Garden is on at the NGV until late January. Walking into the gallery, it’s impossible to miss the long granite display, cracked open and filled with fresh gerberas.

Audiences are invited to take a flower on two conditions – one, that they make a detour on their way home from the gallery and two, that they give the flower to a stranger they feel could benefit from the generosity. Flowers Vasette is providing 1000 fresh flowers for each of the 106 days of the exhibition.

“We all have the power of generosity,” Lee says. “It’s often buried deep down because of our daily grind … but we do these sorts of things every day; we smile at strangers, we give gifts. Hopefully my work functions in that way that when you come to the gallery, you feel generous; you feel vulnerable to open that very delicate part of you, to be a gift giver.”

Since it began in Lyon in 2009, the garden has travelled as far as New York and Tokyo. Each city, Lee says, reacts differently to the artwork’s request. When The Moving Garden opened in South Korea, all 300 flowers were picked clean within 10 minutes – including the ferns.

“Some people walked away with five flowers!” laughs Lee. “The French, they’re particularly sensitive about flowers, in a very romantic way … the Japanese … many of them, after realising they have to do two things, looked at the flower in their hand and put it back … most people I think would say ‘I’ll just take it home’ … but the Japanese are so responsible, they put it back!”

Of course, it does raise an interesting question for Lee: what if audiences don’t do what he asks them to?

“I find I’m very at peace with that,” he says. “Often these projects [have their] own life.”

In fact, a project for Lee is only ever “40 per cent” complete when it opens. Some of his most celebrated works include The Letter Writing Project, where audiences are invited to “write the letter they always meant to”; The Mending Project, in which Lee himself repairs items belonging to his audience; and the more recent Sonic Blossom, which closed this month at Sydney’s Museum of Contemporary Art Australia. This time, the gift for visitors came through song, with several roving opera singers offering a private performance of a Franz Schubert lieder (song).

“When I travel, I always bring that book with me,” Lee says. “It talks about how art is a gift to the community. The artist is a vessel … the gift doesn’t stay with him or the collector; it goes through like a river … One evening when I was reading, I saw hundreds of flowers [floating] upstream and passing by me.”

As a former biology student, flowers have always held a special place in Lee’s imagination. His very first piece of art began with a lily he planted in memory of his grandmother. Lee carried it with him in a pot for 24 hours a day for 100 days, from germination to its final withering.

“That flower is the reason I’m here sitting with you today,” he says. His work has evolved into the communal since then, but it is just as personal.

As I leave the gallery – plucking a flower at Lee’s insistence – he tells me the story of a stroke victim who weeks earlier broke out into song while visiting Sonic Blossom in Sydney. The man was a former opera singer himself and, after listening to Schubert, “something profound triggered in his brain” and he “remembered how to sing again”.

“A miracle,” Lee calls it. “Everybody started crying. It was such a powerful moment that I didn’t expect … The NGV will have similar stories like that.”

Lee Mingwei’s The Moving Garden is showing now at NGV International until January 29, 2017. Entry is free.