Melbourne’s latest festival partnership, Sugaryama, takes some of our more obscure talents to Mexico and beyond. 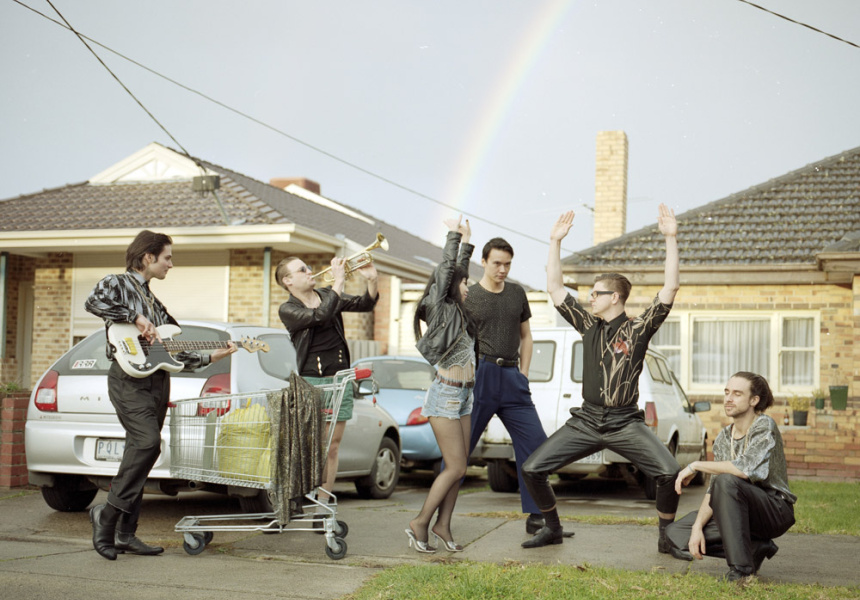 Building on a desire to share his favourite local talents with the rest of the world, multi-disciplinary artist Pete Keen is about to launch his newest project, Sugaryama. The festival brings together the mediums of visual and performing art, and aims to appeal to a more widespread audience than other boutique festivals. In a partnership with Mexican Arts program, Festival NRMAL, Keen will travel to Monterrey with a group of local visual artists and musicians, and guest curate the 100-artist strong festival in March 2014.

Keen is one of the team behind Melbourne’s eclectic art and music festival Sugar Mountain, and has remained the creative director since the birth of the event in 2011. Sugaryama is the little sister to Sugar Mountain, slightly shadowing its focus, but focusing solely on Australian acts. Keen describes Sugaryama as a compilation of all the ideas that didn’t fit anywhere else. Besides Mexico, Keen is set to tour Sugaryama to Japan and Indonesia, with some smaller projects planned in New York over a three-month stretch.

“It’s [touring] a way to keep me inspired and my vision fresh, whilst showcasing our local talent abroad,” he explains. Last year only one Australian act played NRMAL. Next year, thanks to Keen, there will be at least four Australian acts on the bill. Keen believes it is important for smaller artists to be a part of more prominent performances, rather than be lost beside big names at larger festivals.

The Melbourne launch for Sugaryama will be held at Boney on November 1 with a line-up headlined by NO ZU and also featuring Chela, Andee Frost, PBS’s Edd Fisher, Jamie Bennett x Julien Love and Bryce Lawrence, Louis McCoy and Glyn Hill.