The Sugar Mountain Festival is back. Director Tig Huggins talks us through the eclectic music bill and just-announced visual arts program. 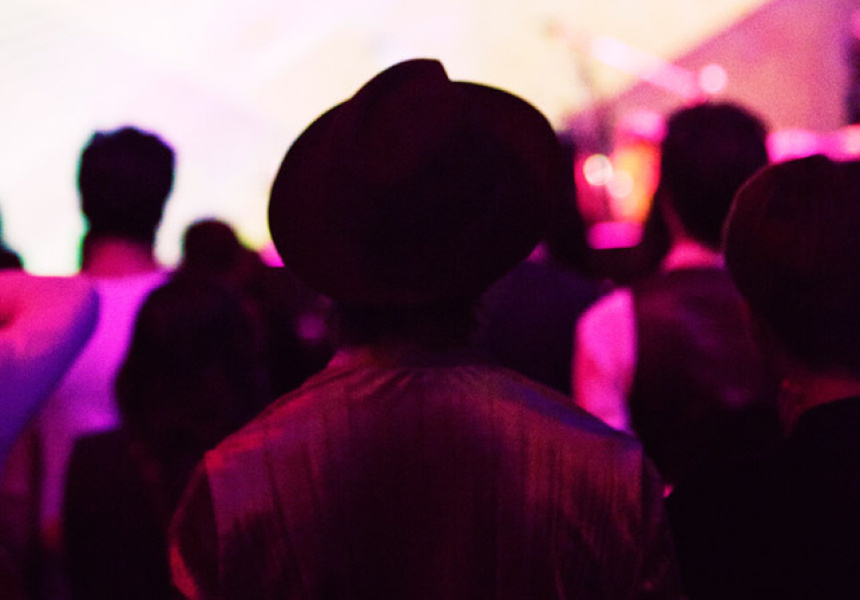 What happens when a group of young, local, music industry entrepreneurs get together to dream up a community-minded music and arts festival?

That’s the question we’re posing to Tig Huggins, who, besides his commitments to co-running the dynamic Two Bright Lakes label, is part of a small team of directors and programmers working towards the second annual Sugar Mountain Festival.

To be held over multiple days in January 2012, with a main day of live music taking place at the Forum Theatre on Saturday January 14, Sugar Mountain is back to expose the newest acts and visual artists causing a (less than mainstream) stir.

The visual arts line-up, announced today, reveals the imminent arrival of cross-media practitioners such as French filmmaker Vincent Moon, known for his extensive catalogue of film projects with the likes of The National, Bon Iver and R.E.M. Moon will hold an exhibition at ACMI but will also be holding private lounge room screenings for a lucky few locals via a selection system yet to be decided.

So just how has the festival’s 2012 program been developed? “We talk about bands we’d love to see out here and that other people wouldn’t take a risk on so early in the bands’ careers,” says Huggins. “We really want the festival to be known for putting together interesting line-ups that are reflective of how switched on people in Melbourne are and how much love there is for new music in the communities we all come from.”

It’s not just about gathering lesser-known bands with hot sounds, however. Huggins explains that there’s also a shared approach to music-making that binds the sound and visual artists selected for 2012. “I think this year is really about human process in art-making. You have people like tUnE-yArDS who build songs from this tiny little sound; it might start off with a vocal and then you have these things that build around it, and you can really see the process involved in that, the human process…a song can kind of be mechanical in a way, in that you see the processes happen, but they’re inherently human.

“I think that’s representative of the art of [Brooklyn-based artist] Maya Hayak, where you have these big installations but there’s a real human touch to these things that seem completely otherworldly.”

Though individually talented and motivated, the festival’s programmers hail from a connected and emerging segment of the local arts scene. As well as Two Bright Lakes, the directing and programming team includes touring agent and booker of The Workers Club Nicci Reid, that venue’s manager Brett Louis and artist Pete Keen, who has curated the visual arts program.

The inaugural Sugar Mountain, held in April this year, featured a bill primarily of Melburnian acts not often found on festival stages. With World’s End Press the only local band so far on the bill, the programmers have drastically widened their scope for the festival’s second year.

Huggins assures us, however, that a forthcoming second announcement will even the balance of home-growns and foreigners. “We’re still wanting to represent local music,” he says. “We’re not going to be picking up Australian bands that play big festival bills around the country. We’re really conscious of where we’re from and try to get bands that don’t necessarily get thought of as a festival band.

“We never want it to turn into a massive, massive festival,” he adds. “We know that if we want to keep true to what we want it to be then it has to keep on a somewhat small scale.”

Sugar Mountain will be held over multiple days in January 2012, with the main event taking place at The Forum Theatre on Saturday January 14. The festival’s visual arts program will also utilise Federation Square, No Vacancy Gallery and ACMI. For the full program and ticketing information, visit sugarmountainfestival.com