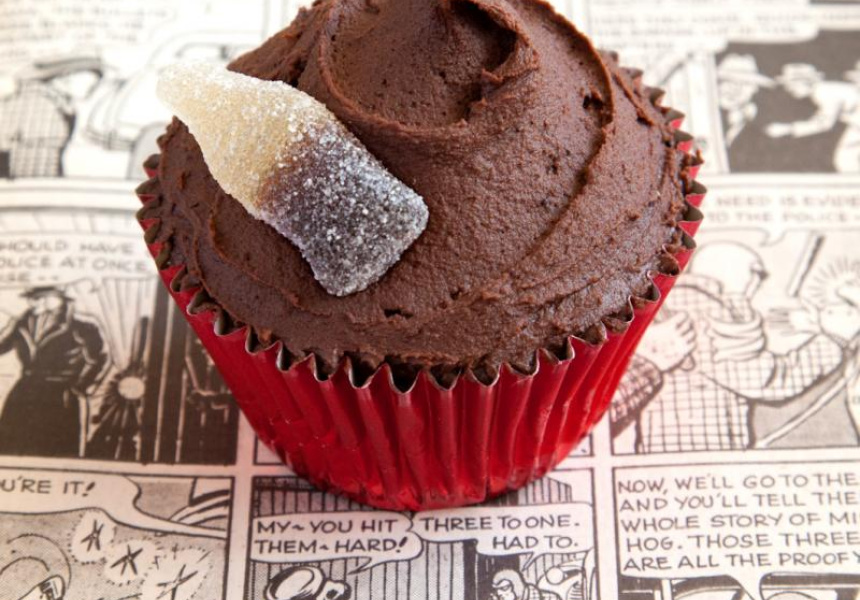 There’s nothing better than a good film about food. No one knows this better than Hayley McKee, proprietor of Sticky Fingers Bakery, which is why every Monday in August, Sticky Fingers will be presenting a series of delicious foodie films at Long Play cinema bar, aptly dubbed Hungry Eyes.

To accompany the scrumptious films, Sticky Fingers will pay homage to all your favourite cinema treats with a special Candy Bar Pack. Each pack contains a choc cherry cola cupcake, a coffee and doughnut cupcake, a Fantale popcorn slice, and most excitingly, a mystery sweet treat that will be specifically tailored to complement each film.

In order to attend a screening, all you need to do is go to the Sticky Fingers website and order a Candy Bar Pack while nominating which session you’d like to enjoy it at. Be quick though, because these sweet flicks are sure to sell out fast.

August 6 – The Girl at the Monceau Bakery (1963)
An Eric Rohmer film about the difficulties faced by a man attempting to choose between two women, one of whom works at a tempting bakery. The animated adaptation of Maurice Sendak’s In the Night Kitchen (1987) – in which a young boy dreama of being pursued by three giant cake-baking chefs – will screen alongside.

August 13 – Comfort & Joy (1984)
A Scottish comedy about a turf war that erupts between rival ice cream trucks in Glasgow. Believe it or not, the film is actually inspired by true events!

August 20 – Waitress (2007)
Adrienne Shelly’s glorious not-quite-rom-com about a pregnant waitress trapped in a bad marriage, who escapes the realities of her life by creating delectable pies. The food cinematography is so enticing you’ll have to stop yourself from devouring the screen.

August 27 – Blood & Donuts (1995)
Whoever said the undead don’t have an appreciation for sweets? A vampire rudely awoken by an errant golf ball takes refuge in an all-night donut shop and becomes involved in the goings-on of both staff and patrons. Good trashy horror fun!

Hungry Eyes will screen each Monday in August at Long Play.