It’s out with pumpkins and mice and in with Dior, Dali and Schiaparelli in French designer Jerome Kaplan’s new production of Cinderella for the Australian Ballet. 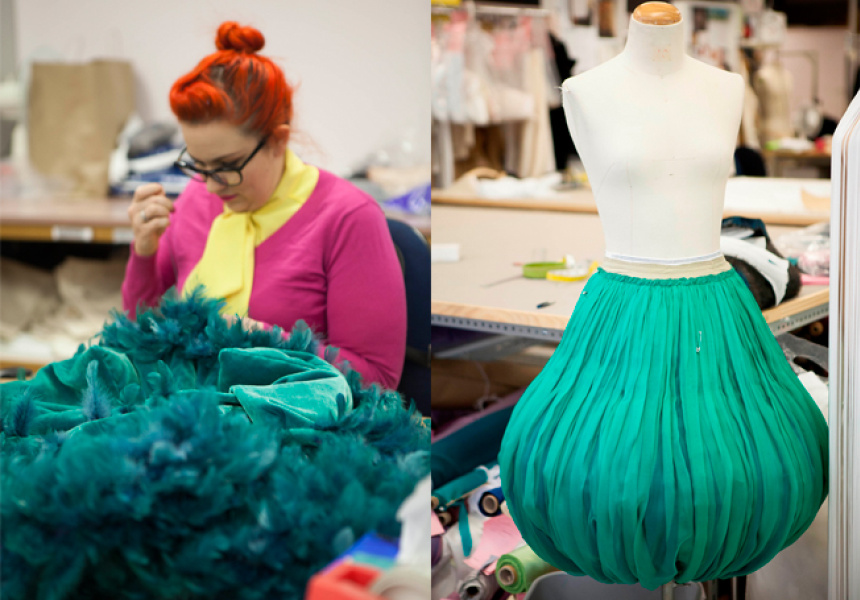 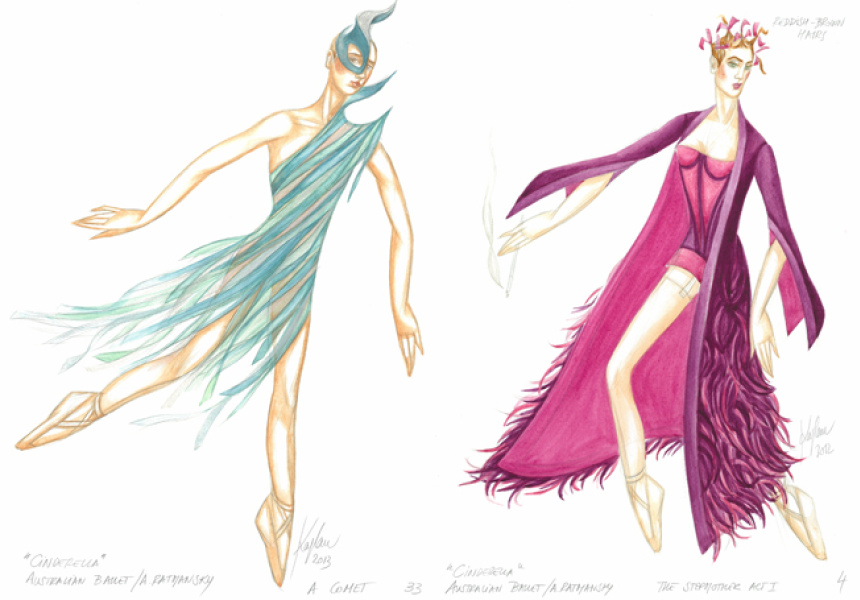 It’s understandable if you’re not particularly partial towards the fairytale Cinderella – at this age anyway. The concept of the downtrodden, young, innocent-made-good can definitely seem a little saccharine, and maybe mice being transformed into noble footmen and pumpkins evolving into glittering carriages can be a little far-fetched for your taste.

If that’s the case, you’re not alone. Award-winning French designer Jerome Kaplan is also pretty sceptical of the premise. Not only that, but Kaplan decided to wave his own magic wand and – in close collaboration with internationally renowned choreographer and former Bolshoi Ballet artistic director Alexei Ratmansky – has spent the past couple of months working with the Australian Ballet on a fresh new production of Cinderella.

Gone are the mice and pumpkins, the aging ball gowns and dubious wigs. In their place are sumptuous new designs inspired by and reminiscent of such evocative names as Schiaparelli, Dali and Dior.

Paris-born Kaplan has been designing sets and costumes for ballet, opera and theatre for the better part of two decades. Since then the multi-award winning artist has worked with companies including Dutch National Ballet, the Royal Ballet of Denmark and the Bolshoi Ballet, enjoying the creativity that dance affords a designer.

“Dance is more about drama and less realistic than opera or plays. It’s more extravagant,” Kaplan says in his irresistible thick French accent. “And I have a Russian grandfather and dance is important for Russian people. I have it in my blood!”

His collaboration on Cinderella marks his debut with The Australian Ballet, a company he has only known as an audience member during the company’s New York season last June. He was impressed with what he saw. “I found them very sporty and strong,” he says. “Sometimes ballerinas are very skinny, but this company, both the boys and girls are strong and dynamic.”

It is one of several projects he’s worked on with the Russian-born, New York-based Alexei Ratmansky, a man described as “the most influential and thoughtful choreographer working in classical ballet”. The pair has previously worked together on Don Quixote for Dutch National and Lost Illusions for the Bolshoi Ballet, earning Kaplan a Golden Mask for best costume designer.

In addition to describing Ratmansky as “a really nice person, a good person who always tries to do the best he can”, what attracts Kaplan to their professional partnership is Ratmanksy’s cerebral approach and willingness to take risks – crucial triggers for creativity.

“Working with Alexei is like playing ping pong – you can propose something and [bounce ideas back and forth]. It’s never a catastrophe, so I’m not afraid to make a proposal. It’s comfortable,” Kaplan says. “If you feel a choreographer is a little difficult, you stop your imagination because you’re afraid.”

So what can we expect from this productive, inspired duo? Although he has designed Cinderella before (twice, in fact), for his Australian Ballet production, Kaplan returned to the music. Composed by Prokofiev between 1940 and 1944, Cinderella is “a little sad, a little strange” and very different from the Russian composer’s other ballet scores such as Romeo+Juliet. Kaplan has settled on the post-war period, a nod to the era around which Prokofiev composed the music, with elements of surrealism and romance.

Of course, there is the unavoidable issue of a certain lost shoe when it comes to Cinderella and Kaplan has lit upon the idea of Italian designer Elsa Schiaparelli’s shoe hat, which was inspired in turn by a 1937 sketch of Salvador Dali’s. Other designers whose work has influenced Kaplan include Christian Dior and Christian Lacroix. “Alexei said he’d like to have a little bit of romantic shape in the ballet so I thought immediately to New Look – it’s the right look, very girly, very charming and very simple,” Kaplan says.

In addition to the set, which boasts a pink and malachite marble palace reminiscent of the St Petersburg Winter Palace (another nod to Prokofiev and Kaplan’s forebears), Kaplan has overseen the design of 150 costumes including 10 bowler hats, 1000 metres of fabric, 20 metres of net for the ball gowns and six wigs, each requiring 30 hours of labour to create.

But there still remains the awkward question of Cinderella’s transportation to the ball. Kaplan promises there won’t be a pumpkin in sight. “I was a little happy to have no pumpkins because it’s very difficult and sometimes it looks a little bit Barbie,” Kaplan admits. “They’re often very big so that’s always difficult backstage.” Instead, Ratmansky has opted for a touch of Star Trek, with Cinderella using teletransportation to spirit herself away, with the unlikely help of a comet and various other planets.

Ratmansky himself perhaps sums it up best when he says simply: “It’s not your tiara and tutu ballet.”

Cinderella runs at the Arts Centre from September 17 to 28.