Sam Jinks’ astonishing sculptures eschew hyperrealism with subtle shifts in scale and dimension. Dan Rule drops by his Coburg studio to chat about his upcoming show at Karen Woodbury Gallery. Wandering amongst the dismembered bodies, oversized snails, skulls, skeletons and power tools that litter Sam Jinks’ Coburg warehouse/studio is somewhat affronting at first. A lifelike woman’s head perches on a stand connected to the workbench; off to the right, her headless torso holds a newborn baby to its breast. The 37-year-old’s foam, silicon, paint and human hair sculptures are as strikingly human as they are subtly removed from reality. We take the tour and chat with Jinks about human and insect relationships, lineage, his unique practice and his new exhibition at Karen Woodbury Gallery.

How long have you been in your current space?

I’ve been here for 10 months. When I got here I was doing a few editions so I didn’t settle in for ages, then we had this show, so I really don’t feel like I’ve set up the space properly. Upstairs is almost empty. I’m kind of struggling to allow myself to work up there. It’s all carpeted, air-conditioned; it’s just all wrong (laughs). No, but it’s a great studio and it’s close to my home. I was commuting from here to Collingwood everyday before I got this place. It was fine, but when you’ve got an exhibition coming up you tend to work really long hours, so commuting isn’t great in those circumstances. Now I walk five minutes.

I haven’t seen you work with animals before. Is it a very different process to working on human figuration for you?

I used to make a lot of insects, not so much mammals. I always liked the idea of doing things that were really small. Things like frogs, for example, are really quite alien, and so I always found that stuff kind of fun to make. It’s sort of like a different world.

You still have the same sort of technical issues where you’re trying to mould an object and cast it and trying to get it to look reasonably realistic. But with figurative stuff it’s harder in a way, for me, because you have to fool people, because you’re surrounded by people everyday. But working on non-human forms is kind of liberating as well, to be honest. I think you can say a lot with animals or insects that you can also say with the figure, but it’s almost easier to digest in some ways.

Where do the embracing snails, which will feature in the new show, come from?

Doing things like snails, I find it kind of poetic in some ways. You can kind of separate yourself from it all. It was a real moment for me with these works. Basically I got home at about midnight from a long day at work sculpting some figure and I was really tired. It was quite a damp night and I was just sitting there in the backyard and I just noticed these two snails and kind of watched it all unfold. It was quite moving; I was really kind of struck by it.

I think that’s a really interesting idea – this stripped back, elemental, but equally powerful relationship.

Yeah, it’s almost an easier way to digest the world, looking at something like that, when there’s that bit of separation. It’s easy to apply to your own situation. It’s kind of tragic.

Your work has an uncomfortable, but at the same time, comforting sensibility about it. Just watching you take the baby’s head from the body before was quite confronting, I guess, because of that intense realism. How does that dynamic work with you? Do you drift in and out of connection with the work?

Yeah, I do. That’s a good way of putting it. Because, you know, there’s the practical side where you have to make something and you have to really wring its neck sometimes to even get it to look even plausible. I’ve never been one for total realism. I don’t think I have the physical energy for it and, you know, life’s too short. It’s like a hyper-realistic painting; it’s not something that’s very exciting to look at. So I always change the dimensions of bits and some bits are bigger than they should be and other bits are smaller…

But you do kind of drift in and out of connection, because you’re dealing with silicon rubber and paint and bits of hair all in isolation, then you’ve got to try and combine it in some sort of way inside a mould and as a sculpture to make it realistic. I think at the end things start to come together and you can kind of interact with the work, but only then. Like, I’m installing some of this work tomorrow and it’ll probably only be at that moment that I have that experience. Well, hopefully I have that experience (laughs).

There’s a lovely sense of possibility with these new works, especially the work with the old woman holding the baby. It’s not just the end of one life, but the beginning of another…

I guess I’ve also just had the experience of having a child and watching my mother hold the baby and just going ‘Wow, there its all is, it’s all combined in the one thing’. It’s like all the one thread. It’s all very strange, I think, and this work is kind of me trying to come to grips with that a bit. When you hold your own child, you’re sort of holding yourself in many ways and it’s a bit kind of sobering.

Tell me about your relationship with Ron Mueck.

We’re good friends and we’ve known each other for a long time, but we’ve never actually worked together. We’ve talked a lot about the work over the years and he’s given me a lot of great advice, but now it kind of feels like ‘Who’s going to do that great thing?’. I mean, Ron’s kind of the grand master because he’s been doing it for a long time now. There’s another guy in Canada, Evan Penny, who has been doing it for a long time, but there aren’t a lot of people who do it as art. There are a lot of people who pay other people to do it for them and there’s always a look to that kind of work.

So I guess there’s a kinship. Ron’s a nice guy too, which kind of makes it hard in a way. I sometimes I wish I didn’t like him so much (laughs). It would be much easier to just loathe him (much laughter). But he’s a really cool guy. He’s quite incredible too. He’s got a very rare quality.

Yeah, but I think it’s changing, which is a good thing. When I first started doing it as art it was really about making it look realistic. It was like ‘Look, it’s got hair’, you know, but that’s not what it’s about anymore and it’s good, in a way, that it’s moved beyond that. It’s a useful tool, but if someone can really make something beautiful, that’s the ultimate goal. It shouldn’t just be about making something look real. It’s pointless in a way and is kind of a bit of a futile pursuit in a way, because it’s endless.

I like things to look a little separated from reality. It’s nice to walk into a gallery and be transported just a little bit, as opposed to being transported back to where you already are. 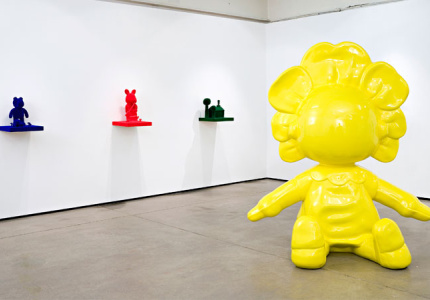 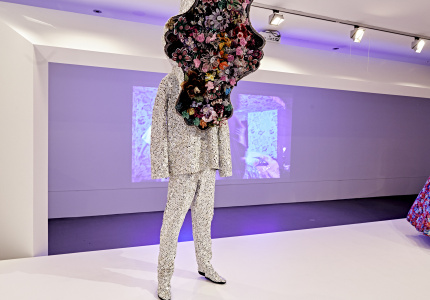