Melbourne director Patrick Hughes gambled all he had on his first feature film Red Hill. Lucky for him the blood-stained, modern-day western was well received from here to Hollywood. 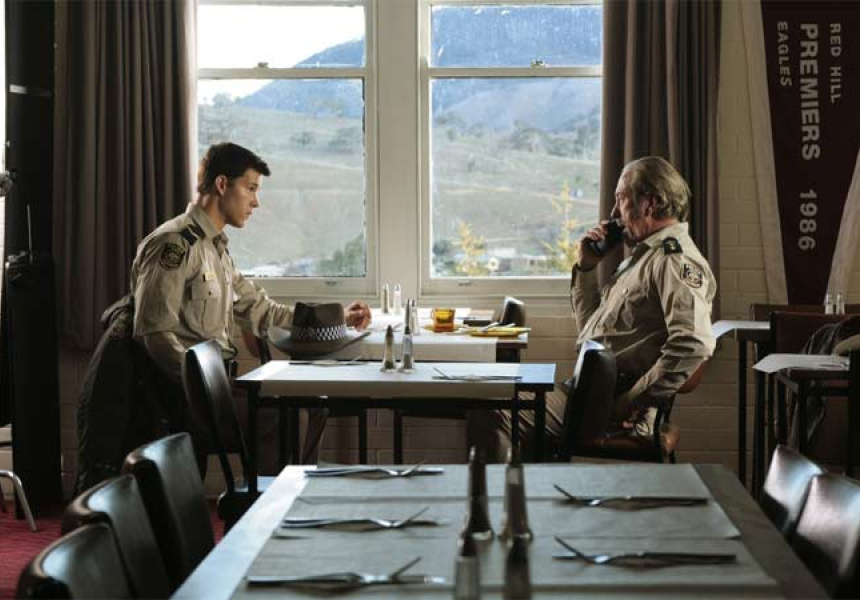 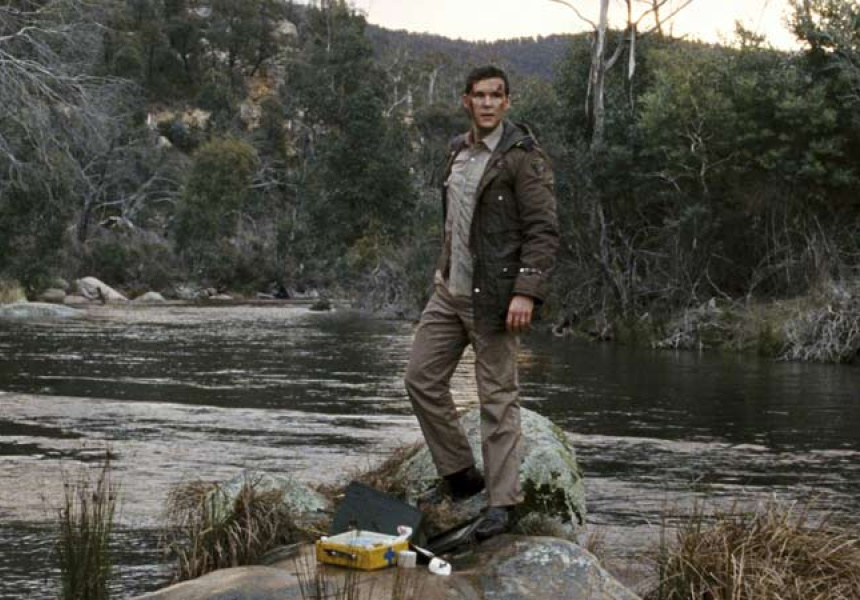 2010 is a year that Australian director Patrick Hughes will never forget. He will remember it as the year he finally accomplished the goal he set himself while watching the Cohen brother’s Raising Arizona as an 11-year-old: to make his own feature film. Taking inspiration from all-in filmmakers like Robert Rodriguez, George Miller and Christopher Nolan, Hughes decided the time had come to take the gamble of his life and independently produce his own feature. Thankfully for him, the result is Red Hill, opening this week across Australia.

Set in the rolling valleys and mountains of East Gippsland’s Alpine country, Hughes jokes that Red Hill is “like a blood-stained post-card to the East Gippsland community”. Shot over an incredible four weeks in and around the former boomtown of Omeo, Victoria, Red Hill is a modern-day western with a tongue-in-cheek twist. Brutal and sparse, it uses western clichés to great effect, creating a film that not only references but stands up against the film’s obvious influences while crafting a unique Australian take on a classic genre. Good and evil, the unknown stranger, brutal codes of honour – Red Hill is a film that knows what it is and what it wants to say, and drives it home as hard as a stake in the ground.

While the film has deservedly received an excellent critical and public reception (this month the New York Times even featured it as Critic’s Pick), this acclaim belies the guts behind its birth. “I reached this point of total frustration,” says Hughes. “That’s when I made a list of all my favourite film makers and realised 90 per cent of them – to get their first films made – went and sold body parts and mortgaged their house. I [didn’t] want to be the guy who’s 20 years from now still talking about making their first film. I thought, you know, I’m just going to go and produce it myself.”

For Hughes, this meant the gruelling prospect of taking on the roles of writer, director, producer and editor himself. “There were some pretty fucking low points,” he admits. “I put my body through the wringer. I was sick for, like, months by the end of it. It gets pretty lonely in the edit suite … And at that point I didn’t have a distributor, I didn’t know if we were going to get the film into a festival.”

His dedication paid dividends, however, when Red Hill was accepted for the Berlin Film Festival. “I just literally finished the sound mix and then jumped on a plane and took it to Berlin and we had the world premiere,” laughs Hughes.

Since then Red Hill has taken on a life of its own. Purchased by Sony Pictures, it has featured at prominent festivals, is currently receiving a release in the US and is just about to receive its general release in Australia. For Hughes, its success is a relief, a vindication, and the key to the career he’s always wanted.

“This film’s just opened every door imaginable. I wanted to do the whole Hollywood thing since the day I left film school,” says Hughes, “but I felt like I didn’t want to do it until I was invited. And selling the film to Sony, and getting an amazing agent, manager, lawyer and all the doors opening up – it felt like a that’s a great way to roll into town. ‘Cause you’re not trying to prove yourself.”

On future goals, Hughes isn’t exactly sure what’s coming next, but thanks to Red Hill the opportunities are in high supply. “There’s a bunch of projects I’m looking at,” he says. “And then there’s my own; there’s two other scripts I’ve got. I don’t know what’s going to land next, but it’s an exciting time you know? It’s been a 10-year process to get to this stage. Now it’s kind of bizarre. Suddenly you’re face is … well, you get that stamp – Hey, you’re a filmmaker.”