Historic boat workshops, architect-led tours of the city’s most influential hospitality hotspots and 73 new sites. Scheduling this year is going to require some tough choices. For two days in July, a host of normally closed-off houses, offices and businesses around Melbourne will welcome the general public for Open House Melbourne. This year’s program has expanded, adding more than 73 new sites and spreading out into new locations including Newport and Williamstown.

Take the workshop of Greg Blunt, a fifth-generation boat builder whose family’s work has been populating Port Phillip Bay since the 1800s. This year, for the first time, the heritage-listed Williamstown workshop is on the list of places to peruse.

“Stepping into his workspace is kind of like going back in time,” says Open House’s program manager, Victoria Bennett.

Other new sites include the just-renovated Capitol Theatre designed by Walter Burley Griffin and Marion Mahony Griffin, which originally opened in 1924. Pictures of the ornate ceiling and broad open spaces have been popping up ever since the theatre reopened earlier this month, but Open House is the first opportunity for the general public, en masse, to see it for themselves. Six Degrees, the architects that did the refurbishment will be on-site to lead tours every hour.

Among the 200 buildings opening is the Melbourne Quarter and its rooftop garden Sky Park (which has wi-fi, power outlets and USB charge points), where you can take a guided tour of design and engineering firm Arup.

“They actually do quite a lot of experimentation and lab work within their process as a design firm,” says Bennett of Arup. “There are amazing rooms where they’re actually testing materials to see what [the materials] would do 60 floors up on the side of a building.”

If you’re after something grand, there’s the Ian Potter Southbank Centre by John Wardle, the newly built conservatorium of music with a giant six-metre oculus window. There are also Westgate Tunnel tours and a limited-number of visits to construction sites that show buildings at different stages of development.

The various hospitality tours this year might also interest you. These include Cookie, Toff, Magic: Behind Hospitality Icons, led by architect Phillip Schemnitz. And If Walls Could Talk: The European Open House, which is led by Con Christopoulos (the restaurateur behind the European, Spring Street Grocer and City Wine Shop among others). There’s also a tour of the newly redeveloped and restored Espy, by Techne Architects. Bennett says the tours will look into how architecture and iconic hospitality venues have influenced and shaped the city.

Open House isn’t restricted to just the one weekend. There are also a series of events including talks on Open House’s recurring theme of accessibility and inclusivity, looking at the role design plays in making a city open to everyone. Bennett points to the Rights to the City talk (part of the Urban Tactility program) in particular, which is about “what role design plays in addressing urban inequality … and the unique and not so unique challenges Melbourne is facing in addressing urban inclusivity and the rights of the city for all users”.

As in previous years, much of the program is free, but some of the sites – due to limited availability or privacy reasons, if they are residences – require pre-booking.

Open House Melbourne Weekend 2019 is on July 27 and 28 in locations throughout inner and outer Melbourne. There is an additional program of events running throughout July. Full program and details here. 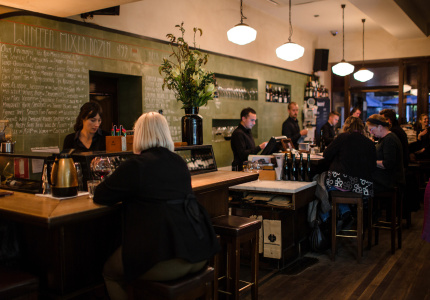