A week-long celebration of the beachside suburb once know as 'Sin City'. The event embraces the essence of St Kilda with a summer arts and music festival. 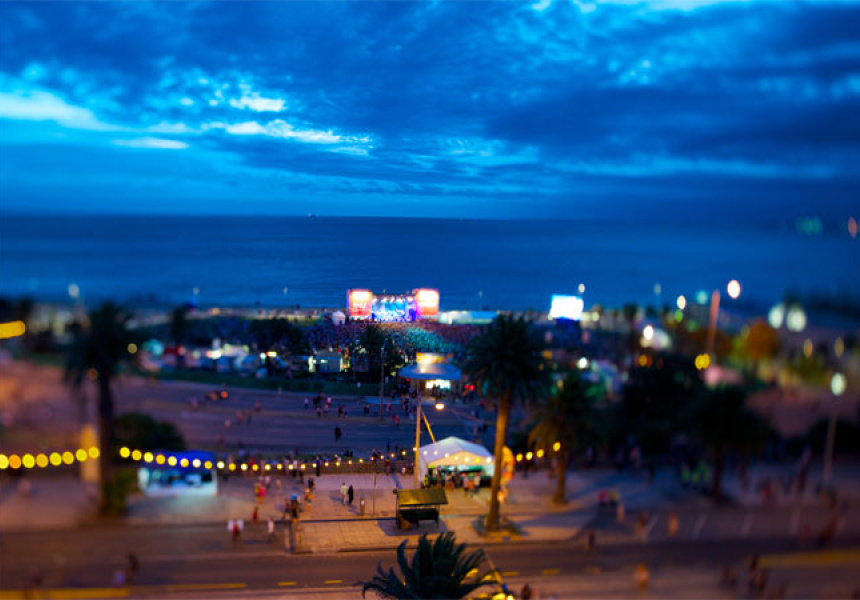 Initiated over 30 years ago, the St Kilda Festival was first held to help improve St Kilda’s sordid reputation as ‘Sin City’, the sleazy underbelly of inner city Melbourne. At the time, the Mayor Kim Clerry wanted to highlight the more attractive aspects of the area, and give the community something to get excited about.

Being home to some of Melbourne’s most creative people, the festival began as fundamentally a music and arts festival. Since then it has grown and evolved into an integral summer event that annually attracts over 300,000 people from far and wide. But at its heart it is a free community celebration of and for one of Melbourne’s most renowned locations.

Set on St Kilda’s city foreshore, the event embraces the essence of the area – colourful, creative and a little crazy.

The festival runs from the 5th to the 13th of February and includes nine event-packed days of musical acts, visual art, theatre, poetry, forums, beach football, kiteboarding, outdoor cinema and more, all culminating on the final Sunday with a huge street party.

During the festival, over 90 local musical acts will perform down near the foreshore, including; Hungry Kids of Hungary, Jebediah and Kimbra.