In their new, hypnotic video and sound installation Shapes for Open Spaces, the Mangano twins relocate their ‘performative drawing’ practice from the studio to the landscape. 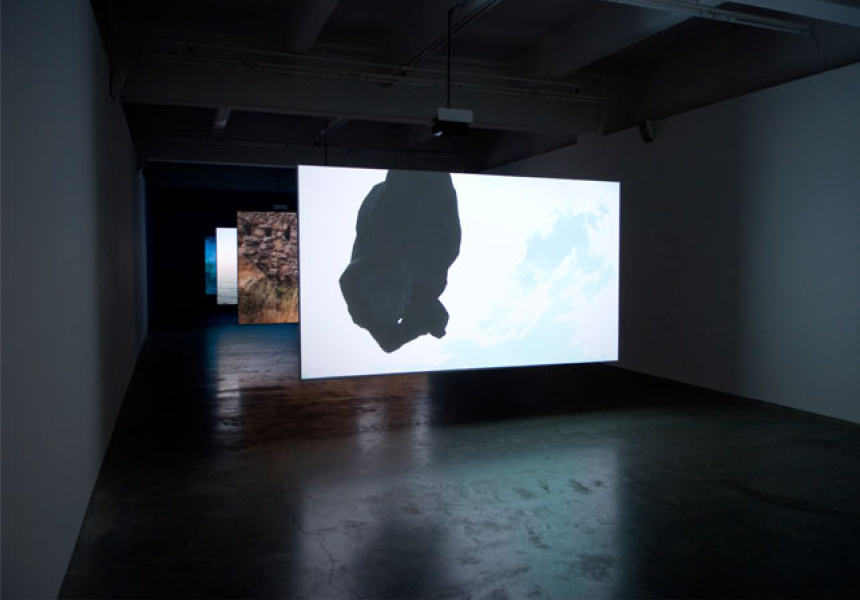 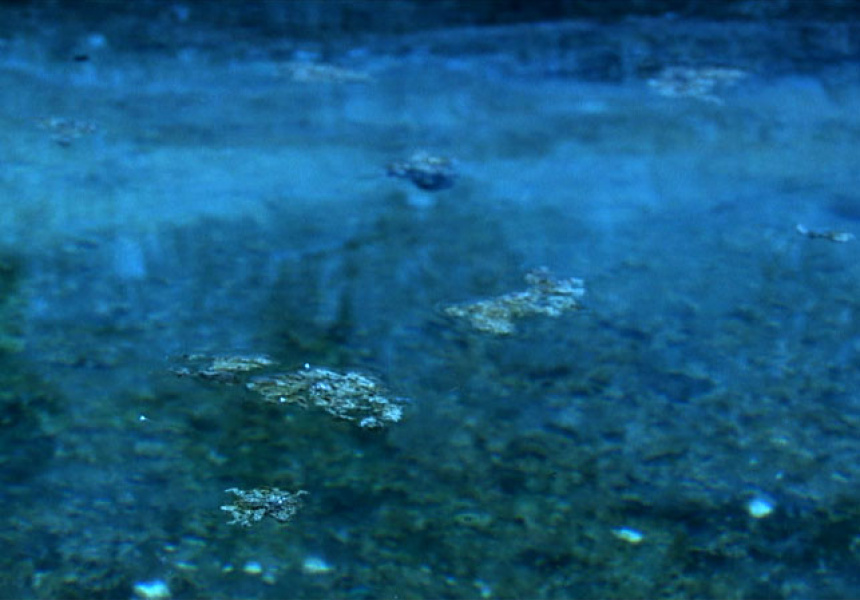 Songs for the Past

That Silvana Mangano and Gabriella Mangano’s practice has been framed via notions of drawing might confound some at first. Working primarily in the view of the camera, the Melbourne-based, sisterly duo’s video and sound works have traced a line between tightly choreographed, almost ritual-like performative motions and complex, syncopated gestures and physical exchanges.

While not exactly the stuff of graphite and paper, it's within these precise bounds that the whole drawing idea takes root. While their work leaves no permanent, static mark or imprint in the traditional sense, the Mangano sisters seem more interested in investigating the process and parameters of the form. What happens when the ever-malleable body itself – let alone materials like the vividly hued, tarpaulin-like sheath that became the folded and scrunched centrepiece of their 2010 show at Gertrud Contemporary, Neon – becomes the agent, rather than the pencil or brush?

It’s with this in mind that the Mangano twins’ striking new installation at Anna Schwartz Gallery is of particular interest. Comprising a succession of four large, suspended screens and multi-channel sound, Shapes for Open Spaces inserts fragments of landscape into the cavernous, darkened space of the gallery. Indeed, where the Manganos’ derive much of their work in a studio setting, this suite of undulating video and sonic loops – filmed while travelling through Sicily – uses the sky, architectural ruins, an oceanic expanse and a shallow rock pool as its backdrop.

It begins with the sky. A Monument for Air is a pausing, stuttering sequence of shots capturing a black span of fabric being flung into the air at seemingly random intervals. The fabric isn’t mere debris. Set against the intangible breadth of the sky, it fills the role of animator, reacting, illustrating and shaping itself to the otherwise invisible variations of the air.

The fabric appears again in the second work, Monument for Monument, but its role is reversed. A figure crouches by a decaying ruin, their every movement obscured by the black swathe, which the figure wears like a cloak. It shrouds and blunts every gesture and movement around the historic site, as if a lost recollection. It whispers of vague reminiscence and implied connection, but it is light on for articulation and fact; it pleads for orientation and reference and detail, like a family tree, lopped at the trunk.

In Monument for Sea, a figure perches Zen-like on a rocky shore facing the ocean, her hands and arms gesturing to draw neat, tight arcs against the cool dusk of sea and sky. It is like an epistle, a message to the opposite shore. The fourth work, Songs for the Past, traces the play of wind whipping along the surface of a small pool.

Perhaps the show’s binding factor is its sonic component – a modulating, harmonising, chant-like drone of voices. It is another visceral trace or gesture of the body in space and only adds to the significance of the work.

When read in isolation, each of these moving images might seem a mere peculiar performative vignette. But enveloped in Shapes for Open Spaces, one can’t help but read a little deeper. Amid the darkness and din, the Mangano sisters attempt to articulate and draw upon a lost past.