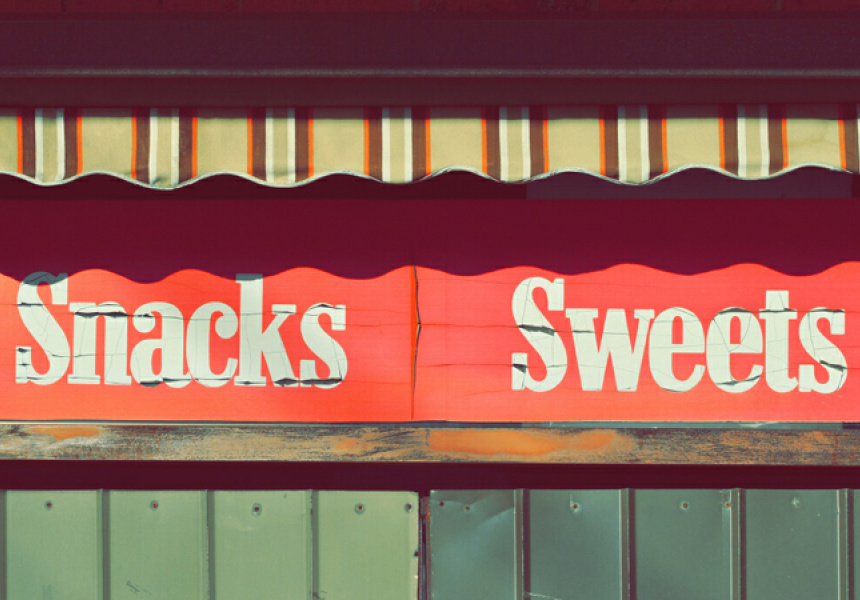 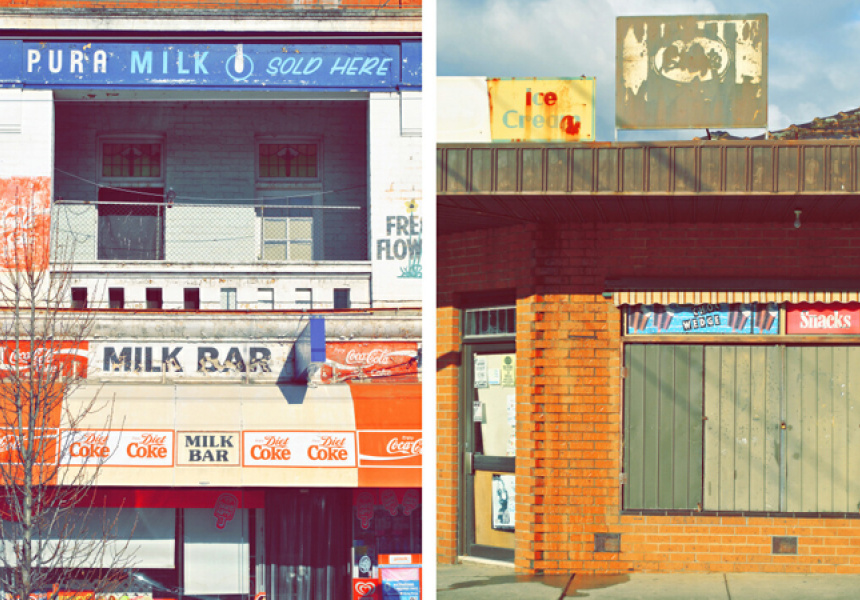 We all remember the experience differently. Abandoning bikes against the pastel-hued bricks only to hop jerkily across the road to avoid burning our bare feet on the bitumen; sharing a blue heaven milkshake after school; screwing up our faces in childish tests of endurance as Warhead wrappers fluttered to our feet; or peering into the frosty ice cream cabinet as we made the agonising decision.

The mention of milk bars to many Australians evokes some kind of personal memory and the connecting thread so often seems to be a sweet, wistful nostalgia.

It’s this sentiment that took hold of Brunswick-based artist, illustrator, designer, historian, archivist and photographer Eamon Donnelly and inspired him to start taking his own pictures of these fading cultural institutions.

“The subject transcends generations, from those who grew up with the original milkshakes of the 1930s to the 1960s, to kids raised on Chiko Rolls, Anyhow* smokes, mixed lollies, hot pies and the Streets ice creams of the 70s to the 90s,” offers Donnelly.

Donnelly mines collective consciousness with Shop Here For Value and Friendly Service, the artist’s first photographic exhibition (running at Prahran’s Carbon Black Gallery), which showcases an obsession with memorialising milk bars that began with a chance encounter 10 years ago.

“On a drive through East Geelong I passed my old milk bar, ‘Dave’s’ and stopped to take a photo. It was closed and only had one old remnant of signage still on its awning. After that discovery I began taking shots of others and even realised I was living in a converted milk bar where school lunches for Brunswick Primary and High used to be made. I developed this incredible archive of images that is a historical record of a fading icon,” he says.

Last year, Donnelly self-published the 100-page book, Milkbar: A Photographic Archive Vol. 1, through The Island Continent, a side project that he describes as “part online archive of the Australian image and part vehicle for creative projects that are separate to my illustration”. The success of the little book is testament not only to the wide-reaching resonance of milk bar memories, but also to the strange prettiness of these often decaying buildings that were never built to be works of art.

As a nation that lacks the historical architecture of Europe, or the garishly golden, humbling temples of Asia, Australia has learnt to look in unexpected places to form its aesthetic identity. Donnelly’s muted, melancholic interpretations of a cultural artifact that is in essence mundane offer a natural follow on from May Gibbs’ gumnut babies or Jenny Kee’s hyper-coloured scarves, inspired by the Aussie bush. They really are beautiful too. Beyond their kitsch accessibility, they present a uniquely local brand of art that people can take ownership of in a way that is not often possible.

Although a dying breed, Donnelly still makes the effort to support his local milk bar and urges others to do the same. When asked how he thinks $2 is best spent in 2013, he muses for a moment. “In the 80s that would have got you 100 of the one-cent lollies, but today? An iced coffee.”

Race you up the bitumen?