Helmed by artist, writer and Sonic Youth founder Lee Ranaldo, musical ensemble Text of Light re-illuminates the forgotten films of the legendary late American avant-gardist Stan Brakhage. We spoke with Ranaldo ahead of the group’s Australian debut as part of the Melbourne Festival. 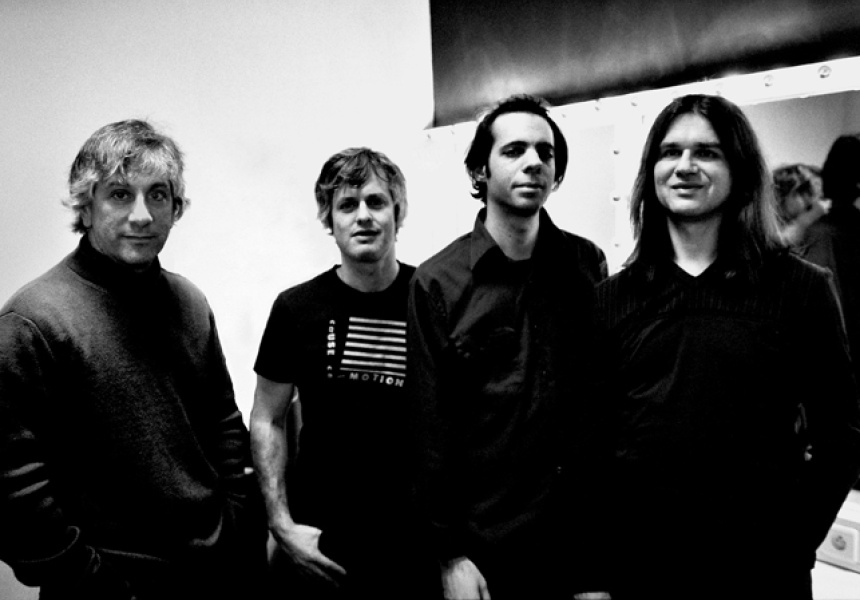 Lee Ranaldo may be a great student, fan and admirer of films of the late Stan Brakhage, but if there’s one thing he and the loose ensemble of musicians and artists who populate Text of Light are attempting to avoid, it’s imposing or aligning themselves too closely with the avant-garde filmmaker’s iconoclastic oeuvre.

“It’s something we’ve always said,” offers Ranaldo, chatting on the phone from his home in New York ahead of what promises to be one of the most electrifying performances of the Melbourne Festival. “You’re not seeing a Stan Brakhage film when there’s a bunch of crazy musicians playing rock ‘n’ roll onstage beneath it. What you’re seeing is a Text of Light performance.”

It may seem an odd assertion, especially coming from a group that had made a global name for unleashing squalls of improvised, feedback-ridden noise and music in the presence of the works of Brakhage and a cast of other experimental filmmakers. But Ranaldo’s logic is entwined in the uncanny lineage of filmmaker’s work.

Considered one experimental film’s most seminal figures, Brakhage’s career stretched from the 1950s until the late 1990s and saw him building a body of non-linear, non-narrative films designed to be screened in silence. Emerging as part of the New York avant-garde scene alongside filmmakers such as Maya Deren, Marie Menken and Jonas Mekas – and artists like Joseph Cornell, Yayoi Kusama and composer John Cage – Brakhage’s films were remarkable for their swathes of abstract texture, colour and light. While many of his works used film collage and multiple exposures, others saw him subvert the medium entirely, painting, scratching and drawing onto the celluloid itself, not unlike the work of legendary New Zealand artist and filmmaker Len Lye.

Suffice to say, when Ranaldo and his core collaborators – New York guitarist Alan Licht and Germany saxophonist Ulrich Krieger – first formed Text of Light (named after the classic 1974 Brakhage film) in 1999, they caused quite the stir within the American film world’s coterie. “There were a lot of purists in the film community who were getting up in arms about the whole thing, saying it was like sacrilege and, like, ‘Why are you using Brakhage’s films in this bastardised way?’” says Ranaldo, whose extended clique of Text of Light collaborators includes leading contemporary artist and turntablist Christian Marclay, DJ Olive, Maria Rosenfeld and percussionists Tim Barnes and William Hooker.

“People are really protective and particular about Brakhage’s work because he’s the figurehead of the whole movement in a way,” he says. “He was the guru, the god and the leader…” Ranaldo, however, understands the Text of Light experience in a different context, citing a text in which Brakhage gave his blessing for other artists to use his films in new ways under the proviso that they not be billed as a Stand Brakhage screening.

“The last thing in the world we want to do is illustrate the film, like the whole ‘He slips on the banana peel!’ sound effect kind of thing,” he laughs. “We’re really coming from what I kind of think is a 60s-centric place where there’s a bunch of different things happening in the space at the same time…”

“For most of the world, he’s really an undiscovered American master,” says Ranaldo. “When you’re talking about American avant-garde film as a mid-century endeavour, he’s kind of the Picasso of the medium in a way.”

Of Text of Light’s debut Australian performance, which will play out at ACMI as part of Melbourne Festival, Ranaldo offers a simple preface. “It isn’t an everyday occurrence that you get to witness Brakhage material projected on film,” he pauses. “And it’s a beautiful thing to see.”

Text of Light play ACMI Cinema 2 on Tuesday October 23 at part of the Melbourne Festival.