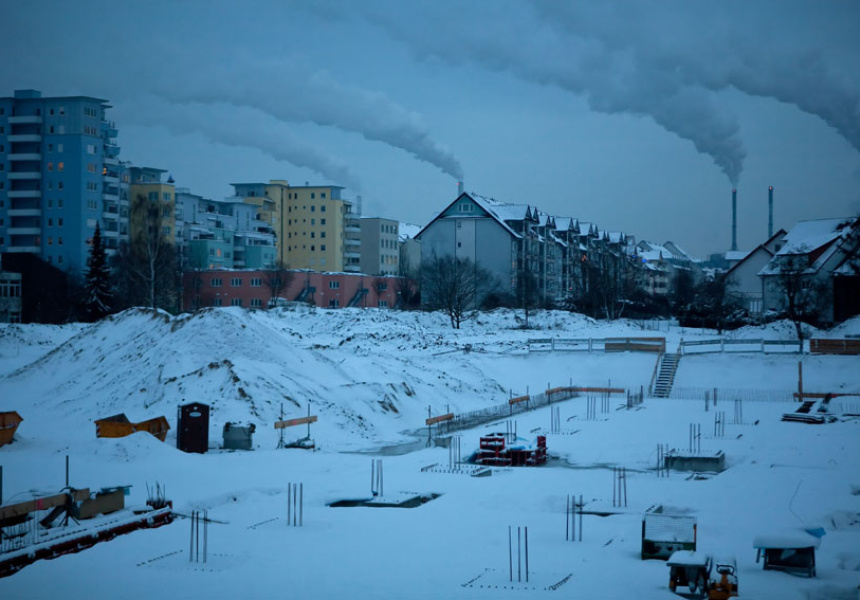 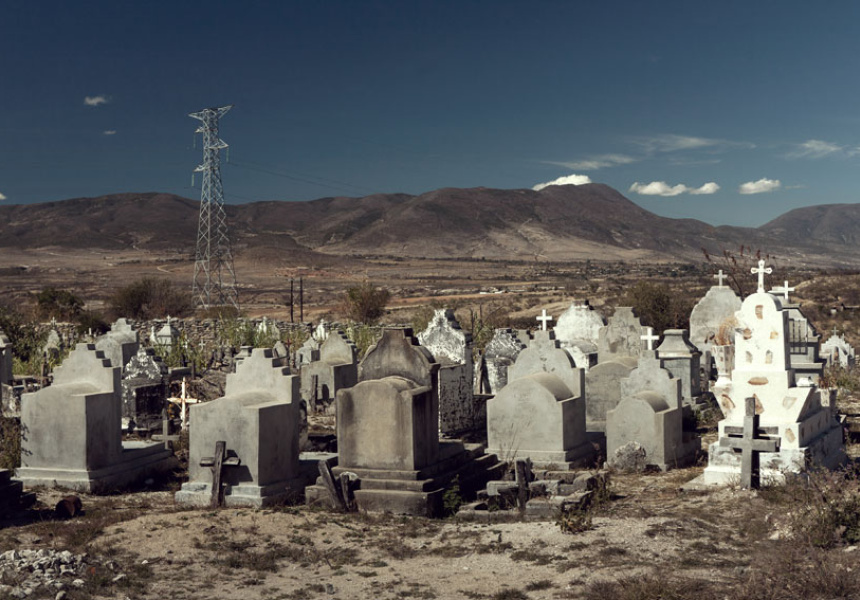 The word “littoral”, meaning coastal region or shoreline, may not be a term known to many. But for young photographer Kristian Laemmle-Ruff, it’s a title that takes on more abstract proportions in his new show, to be opened on Friday May 4 by CCP Director Naomi Cass at Colour Factory Gallery.

In this photographic series, Laemmle-Ruff focuses his lens on the ever-growing spaces where nature no longer figures alone and the presence of the manmade pervades. In images such as Olympiastadion, a formerly glorified swimming pool stands abandoned, framed by rigid concrete stands.

Elsewhere, signs of urbanisation persist where buildings meld into uniform structures. In New Homes II, aerial photographs of unfinished housing developments signal a seemingly endless expansion. The omnipresent reality of industrialisation is nowhere more apparent than in Valle de Zimatlan, where a massive pylon looms in a sinister fashion over a field of tombstones, as though asserting its dominion.

A sense of nostalgia seems to infuse his perspective: “Our gaze once travelled to picturesque, unspoiled horizons, forests in mist and rolling plains. Instead, it stops on concrete or becomes tangled in steel beams.” According to the artist, this is a global phenomenon: “I found these undefined zones did not discriminate on place or culture – from Morocco to the post WWII suburbs of Germany.” Wherever the case may be, civilisation has carved itself aggressively into the landscape.

As implicit as we are, it’s phenomenon worth witnessing.

Littoral opens Friday May 4 and shows until Saturday May 26 at Colour Factory Gallery in Fitzroy.