Together with Australian Galleries, Shane Kent is set to exhibit his Last Winter collection in full. 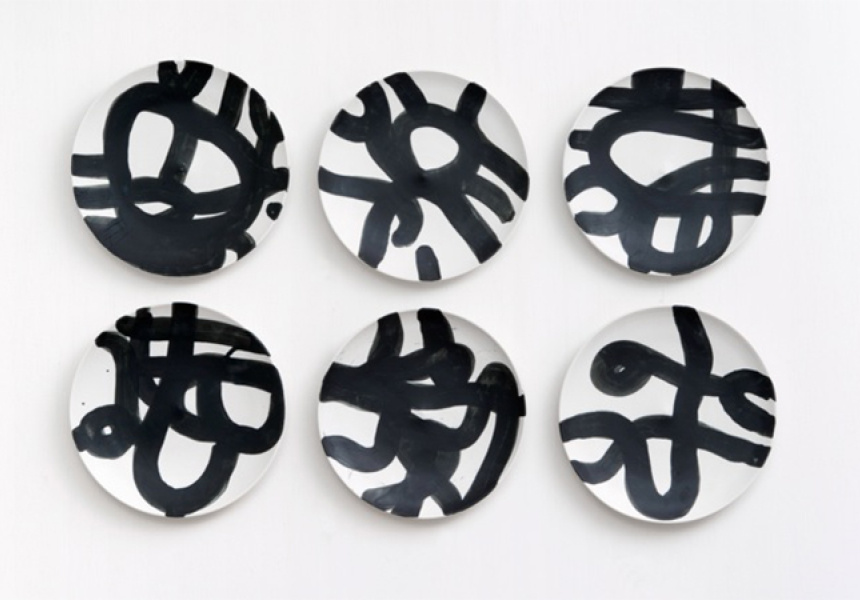 From a creative standpoint, Kent has taken inspiration from the intricacies of a hawthorn tree he keenly watched throughout last winter, but technically, it’s the use of traditional staining methods – after inscribing and scratching illustrations onto raw white plates – that gives his work its identity.

It’s an idea that is also present in a 30-plate wall piece created for recently opened Perth restaurant Print Hall, which saw Kent again work in partnership with Projects of Imagination, who were behind the venue’s fit-out.

“It made a lot of sense because for these porcelain plates, the images were print-like and it was fitting for the venues name,” he explains. “This exhibition simply provided me with a way to continue that work, particularly as I have a big space to show it in now.

In saying so, Kent is quick to reveal that it was only after originally completing a series of natural landscape drawings and “really understanding space and how it affects us” that the plates were thrown in the first place.

“These pieces are about being mesmerised by space and looking through the trees,” he says. “Even though I saw things in abstraction and found form by experience, they are very accurate and observational drawings at the same time.”

And although centred on deep reflection, it’s by virtue of an old Picasso quote ("I do not seek. I find.") that Kent is able to eloquently sum up his work. By using traditional staining methods to reveal the final outcome of his observations with intrigue, he allows us to view his work in a similar fashion to the way he discovered its central motifs to begin with.