The Seduction of a Filmme Fatale 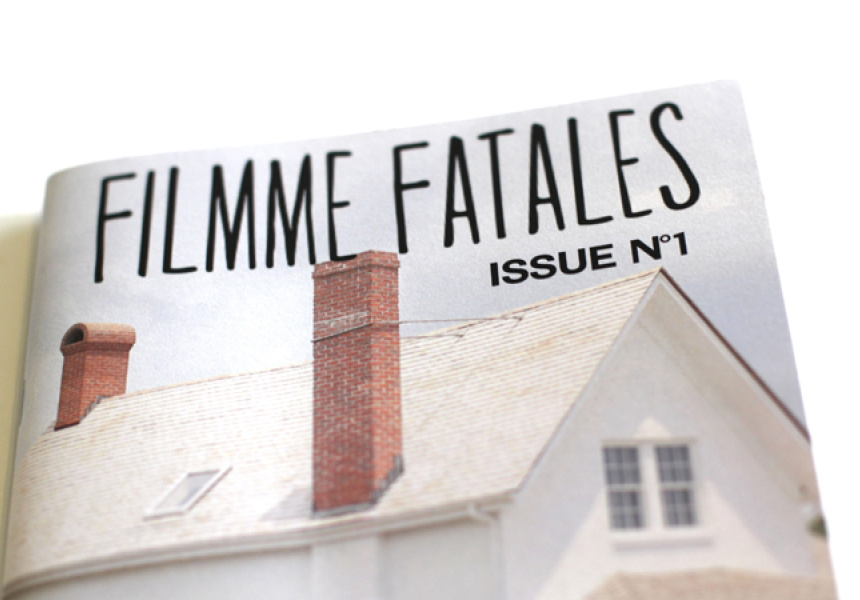 If you’re looking for the latest scoop on whether men really prefer blondes or brunettes, perhaps Filmme Fatales is not quite your bag. However, if you’ve ever wondered why HBO’s blockbuster Girls can achieve colossal success and attract a loyal following of intelligent women worldwide, while at the same time pages of Google search results filled with venomous criticism, you’re in the right place.

Inside the delightfully illustrated zine – edited by writer Brodie Lancaster – you’ll learn how to dress well (the zine offers a ‘Guide for Bad Bitches’), hear from Mae Whitman (who plays Ann Veal in Arrested Development), find a brief introduction to Iranian cinema and find out whatever became of evil Nancy from The Craft.

Lancaster, who has a background in online publishing at Portable.TV in New York, wanted to embark on a project that gave an active voice to the way women are represented on the silver screen. And while a feminist stance underscores the zine, it’s not a prerequisite for its enjoyment.

“Alarmingly, a ‘complex’ female character – think Carrie from Homeland or Mavis Gary from Young Adult – is still a relatively new concept,” says Lancaster. “These women aren’t entirely ‘sane’ and are definitely not compassionate female leads we can easily sympathise with – in fact, in the film Monster, not only is Charlize’s character pretty off-putting, she does not ‘reform’ by the end of the film, as is the usual expectation,” says Lancaster. “It’s important to appreciate their ‘realness’.”

Lancaster wanted to create a publication that was hers to own from start to finish – so her tasks involve everything from managing Filmme’s contributors (whom she scouts as far as far and wide as Scotland and LA), to printing each issue and licking the stamp when posting out copies. Why a printed zine? “Print is never going to go out of fashion. With a physical copy, you can pay more attention and read it in your own time.”

So, if you’re the sort of person who wonders why Hollywood still frowns upon Diablo Cody’s former career as a stripper – while a dude like Channing Tatum makes use of a similar history as a charming tool in his arsenal – you won’t regret dropping $14 (plus $5 for postage) on this little piece of publishing charm.