A city art gallery gets a temporary second location in Collingwood. 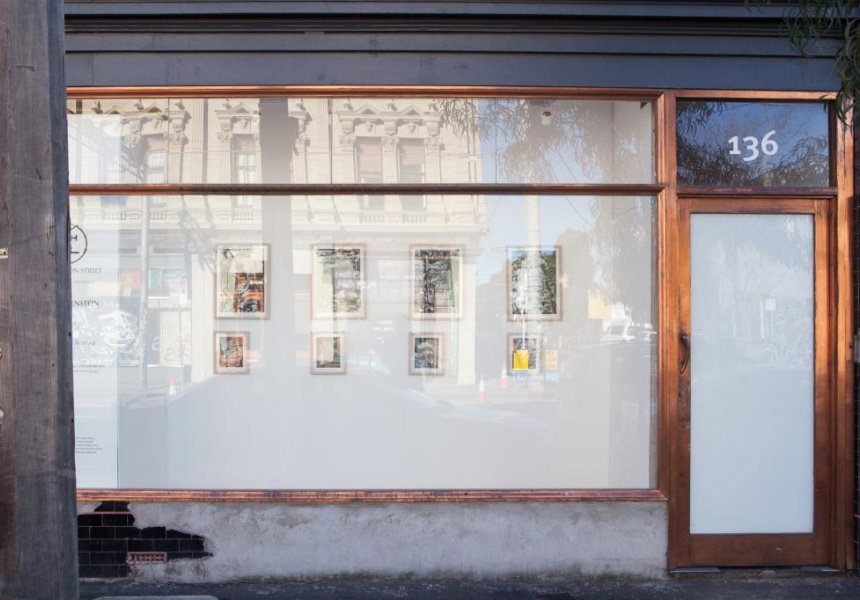 Chapter House Lane isn't a normal art gallery. There's no door; just huge, brightly-lit windows for the benefit of passing pedestrians. If you've ever wandered alongside Saint Paul's Cathedral, just off Flinders Street, you've probably been one of them. Now, a second space called 136 Johnston will offer the same experience in Collingwood.

“When we started in November 2011,” explains gallery director Louise Klerks, “One of our long-term goals was to expand the concept and bring it to new areas in the city." It wasn't easy, though, considering the gallery subsists on donations and grants alone. This new space came about through sheer luck.

“Old friends of mine approached me – they're planning on building a 1920s-style bar on the premises,” Klerks says. “While they're doing all the building and the paperwork, they offered the space to us for three months, rent-free.”

Like the first location, 136 is a walk-up gallery used to show the work of “emerging and mid-career artists who are either unrepresented, resist representation, or want to explore a new direction in their work”. The inviting display was built by designer David Brodziak, who sits on the committee at Chapter House Lane.

CHL alumnus Benjamin Lichtenstein has first honours at the space, with a series of photographs collectively titled Paperwork, which will be shown for a month. But these aren't photos in any conventional sense – hand-daubed with ink, paint and acid emulsion, the pieces are more abstract silhouettes than anything else.

Two more shows are planned – each lasting also for a month. There may be more exhibitions after September, although it's yet to be determined.