Sydney songstress Sally Seltmann returns to the recording studio with a new solo album, this time with the help of her husband Darren Seltmann. 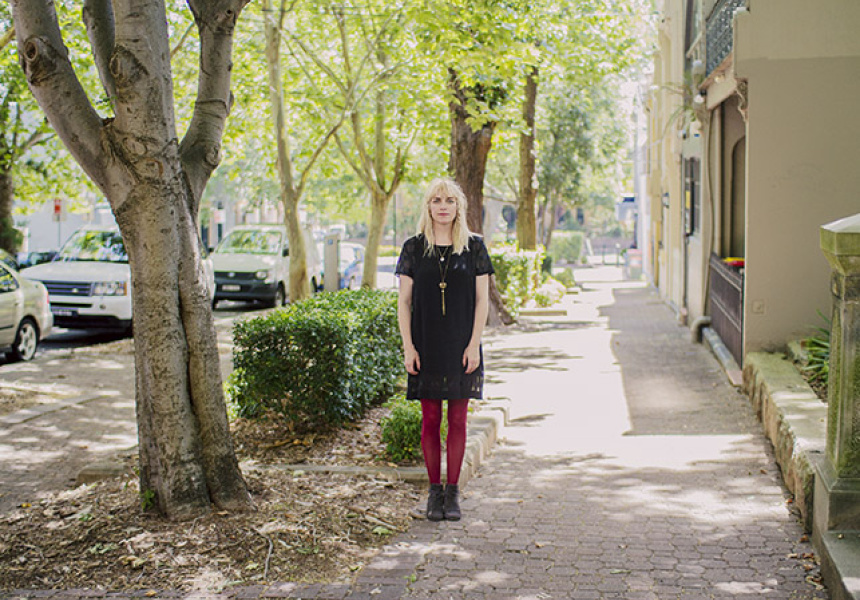 After releasing three solo albums Sally Seltmann – who is also a member of the trio Seeker Lover Keeper with Sarah Blasko and Holly Throsby – has approached her new album, Hey Daydreamer, with confidence. Due out this month, she co-produced the 11-track record with her husband, Darren Seltmann, who is also the frontman for The Avalanches. “I had a wild sense of needing to express myself – more so than on my last album where I wanted to write structured, classic songs that were a bit more pop,” she says. This time she strips herself bare and moves into more experimental territory.

With Seltmann on the bass, programmed sound is added to and lifted by guest musicians invited to the attic studio she recorded the album in with her husband, producer and frontman of The Avalanches, Darren Seltmann. “We wanted to produce this magical, wonderful feeling that sweeps you up and takes you along,” says Seltmann.

Darren's own style is very much present in the album and Seltmann is chuffed with his contribution. “In [the track] Needle in the Hay there are so many parts that are so Darren,” she says, “and I know there are people who know us really well who will appreciate his flavour and both of us coming together.”

Not to say that this cooperation is a first; it was Darren that encouraged the songstress to start doing solo work in the first place. He produced her first ever self-titled EP as Seltmann’s alter ego New Buffalo, and it set Seltmann off on her own course. “I did two albums as New Buffalo by myself where he didn’t really do anything,” says Seltmann, “I was really fiercely independent, needing to prove myself!”

During the Seeker Lover Keeper years, Seltmann’s solo career has been put on hold and 2014 marks seven years since the release of her last record, Heart That’s Pounding. Over that time she developed a mighty itch to get back in to things. “I always need to create,” she says. “I was at that point when I wrote Right Back Where I Started From. It was one of the first new songs and it felt really, overwhelmingly emotional and expressive.” Full of nostalgia and deep emotion, she spent a year and half converting her poetry into music in the attic studio.

Inspired by Don Draper in Mad Men, the track Billy tells the tragic story of a man who dies in a motorcycle accident. For Seltmann, it was the perfect catalyst for exploring masculinity: “The first seed that was planted for that song was the lyric, “I want you to feel like a man,” she says. “It was about, in any relationship, giving your partner freedom to just be who they are and if they like doing really dangerous things you’ve just got to let them go and be a wild.” Titles such as I Will Not Wear Your Wedding Ring and Dear Mr Heartless point to similar themes. “I was really interested in how men feel in the world,” says Seltmann.

Seltmann pauses for thought when asked whom she would like listeners of her new record to be. She revokes her initial, sarcastic response, (“cool hipsters”), and says: “Just people who like music. I like to think that this album is quite exciting in the arrangements and the stories that I tell, so I hope people can appreciate that. My friend had a little record player on the dinner table recently,” she says. “This is where I want my record to fit in. Just having dinner with friends and putting a record on.”

Having packed up shop and relocated the whole family to LA just last month, Seltmann is on to new musical adventures: “I usually go to LA once a year to co-write and write songs for other people,” she says. And she says the possibility of an official husband and wife collaboration in the near future is not impossible.