Watch the Australian Open from a sun-soaked rooftop at Melbourne Central’s Rooftop Tennis Club, open today for the next two weeks. 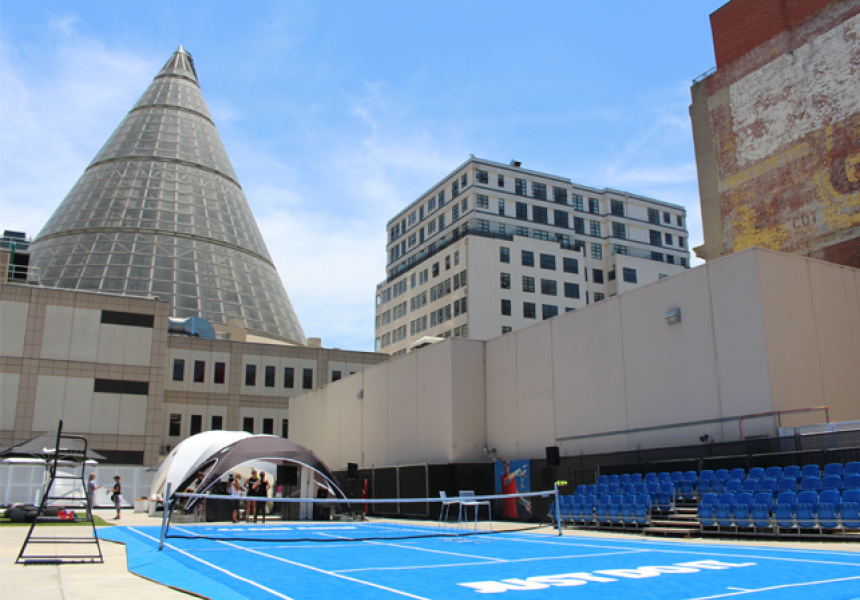 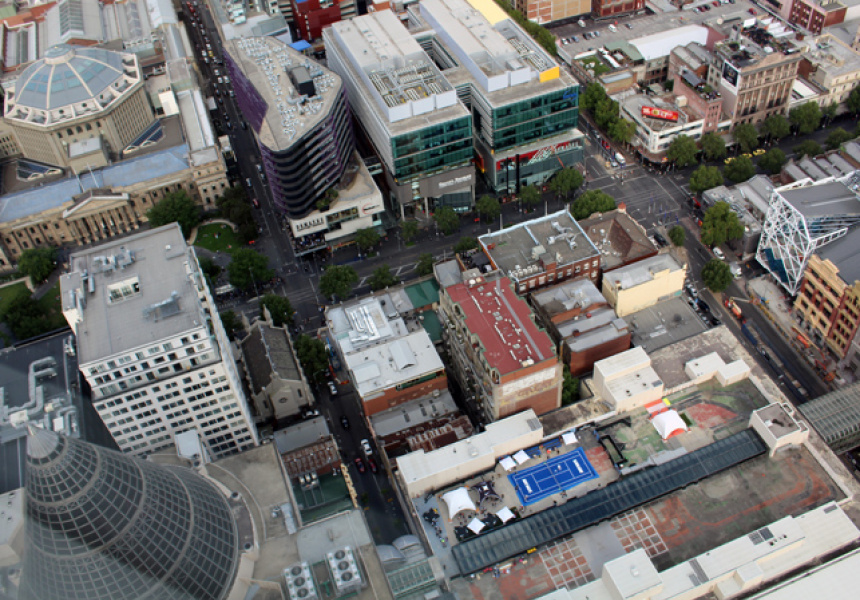 One of Australia’s favourite summer sporting events, the 2014 Australian Open, begins today for two weeks of sun-soaked tennis on the packed courts at Melbourne Park.

If you can’t score a ticket to the grand stands this year, try this: Melbourne Central and Nike have collaborated to set up a Rooftop Tennis Club during the Australian Open, where tennis fans can lounge in the sun and watch the action live on a big screen as well as play a round of tennis on the rooftop court.

Open throughout the duration of the tournament from January 13 to 26, there will also be food vendors operating at the pop-up tennis club. Cool off on the 30 degree days forecasted with some Handmade Ice Pop’s frozen treats, and if you’ve worked up an appetite from a round on the courts try the brioche rolls from Little Champ or some fresh corn fritters or corn on the cob from Corn Boss.

If you feel like a tennis skirt would make a welcome addition to your workout gear, Nike has also set up a pop-up shop by the courts. And with no entrance fee, the Rooftop Tennis Club will be the place to soak up the sun and settle in for a laid-back live viewing of the Australian Open action.