A Rocket Set to Launch

The Rocket, a new feature by Australian director Kim Mordaunt, mines the horror of war for narrative beauty. 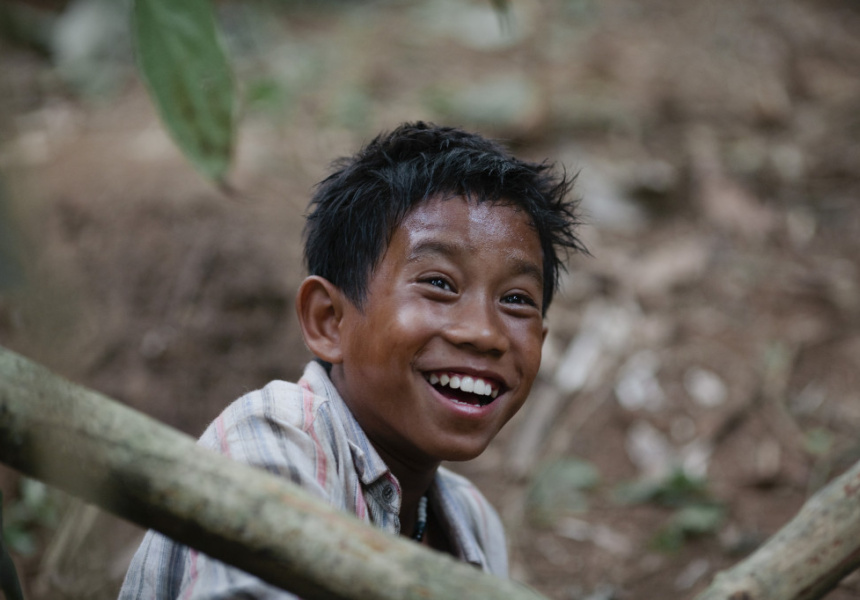 Bordered by Thailand and Vietnam, Laos is dotted with sweeping mountain ranges, craggy ravines and storybook-green forests. But its vistas also serve as the site of a savage chapter in modern history: a mass bombing campaign conducted by the US during the Vietnam War.

The 2007 documentary Bomb Harvest, directed by Sydney filmmaker Kim Mordaunt and produced by Sylvia Wilczynski, is a quietly engrossing take on this atrocity. The film – which shadows an Australian bomb disposal specialist as he shows locals how to detonate bombs and curious children how to avoid them – reminds us that we often owe the spoils of war to the people that fall through the cracks.

Although The Rocket – a new feature by the team behind Bomb Harvest – might riff on similar themes, it manages to spin tragedy into triumph thanks to a narrative approach that rejects Western sanctimony to borrow from the fable’s low-key poetry. The film, which won audience awards at the Berlin and Tribeca film festivals, follows the story of Ahlo (Sitthiphon Disamoe), a spirited 10-year-old, who ferries his family away from their soon-to-be-destroyed native village in an effort to shake off an old family curse. Along the way, Ahlo joins forces with mischievous Kia (Loungnam Kaosainam) and her alcoholic uncle Purple – a James Brown obsessive with a thing for gaudy suits – whose leftfield advice sparks an inner resolve that helps him rewrite his fate.

Shot in Thailand and Laos and featuring performances by veteran actors and amateurs alike, The Rocket is ultimately a story about warring forces – the way globalisation uproots impoverished families, how our belief in what others say can overpower our personal truth, and the safety of self-destructiveness versus the potential of love. But the film’s climax, which sees Ahlo launch a rocket into the stratosphere, proves that everything is possible. Sometimes all at once.

The Rocket is in cinemas now.
therocket-movie.com