There’s an expansive exhibition of a Melbourne artist who hung out with Leonard Cohen, had an epiphany watching a solar eclipse in Greece, and made important art with house paint. In partnership with Heide, we look back on Robert Owen’s life - and the work he’s making now. Robert Owen in his studio In 1963, young Australian artist Robert Owen arrived in Hydra, a tiny island in the Aegean Sea off the coast of Greece. “I got on a boat from Australia after finishing art school and landed in Athens,” says Owen, now 83 and one of Australia’s preeminent contemporary artists and the subject of a retrospective at the Heide Museum titled Blue Over Time. “I went to the island for a weekend and stayed three years.”

Minimalist inspiration
In 1964 he embarked on an art tour of Italy, where he had an epiphanic experience in the Scrovegni Chapel in Padua while gazing upon its famous fresco cycle by Giotto, an Italian painter and architect who lived in Florence in the 13th and 14th centuries. Owen was awed by the Italian master’s use of pure blue pigment on the chapel’s ceiling to represent the heavens.

“That stayed with me, and when I went back to Greece, I started to make minimalist blocks of colour,” says Owen. In these paintings, known as Hydra – Out of the Blue and a feature in the Heide exhibition, Owen sought to capture the sensation created by perceiving pure colour – something he says was “so powerful, it was a physical feeling.”

A solar eclipse viewed in Hydra deepened Owen’s fascination with light and colour. Unable to look directly at the sun – “in those days, living on an island, you didn’t have special sunglasses to look at an eclipse and its blinding effect,” he says – the artist looked instead at the horizon, where he observed a spectacular show of light and colour caused by the astronomical phenomenon. “It was like having a rainbow constantly moving and shifting over the horizon,” says Owen, who became fascinated with the prismatic effect of light.

A shift to London
In 1966, Owen left Hydra for London, where he became associated with the British Constructivists, an unofficial artistic collective concerned with geometrical abstraction. In 1968, while working as a studio assistant for several British Constructivist artists, Owen created Bird Sound, a small constructivist artwork made from aluminium and Perspex that today greets visitors as they enter the Heide exhibition.

Owen remained in London until 1975 when he returned to Sydney. In 1978, he represented Australia at the 38th Venice Biennale, and, in 1988, moved to Melbourne, where he lives now. For more than a decade, he served as Associate Professor and Head of Sculpture at RMIT University.

A present day retrospective
In recent years, Owen shifted his focus from the canvas to large-scale public works and installations. Among his public commissions are high-profile art projects such as Discobolus (2000), a sculptural tribute to the Olympic Games’ Greek origins situated at Sydney’s Olympic Park in Homebush, and Webb Bridge (2003), a collaboration in Docklands with architecture firm Denton Corker Marshall that features a design inspired by Koori fishing traps.

Blue Over Time is a survey of this illustrious career, featuring a selection of Owen’s works spanning six decades. The earliest piece is a watercolour that dates from 1953 when Owen, just 15 at the time, borrowed a book of Albert Namatjira’s paintings from the local library in his hometown of Wagga Wagga. Inspired by the famous Indigenous artist, Owen tried his hand at painting watercolours in Namatjira’s style. Two new works also appear in the show, including one featuring a set of 64 Buddha heads made of beeswax that gaze upon a ram’s head encased in salt from Lake Eyre and on through the gallery window behind it.

Using art to examine ourselves
Owen says an idea that repeatedly appears throughout his work is the concept of recycling and reusing. In Robert Owen—A Book of Encounters, published by Perimeter to accompany the exhibition, editor Angela Connor writes that Owen became preoccupied with creating works from found objects while living in Hydra, often painting with house paint and varnish, materials that were easily accessible on the island.

“This notion of recycling has always been a part of my work,” Owen says. “The leftovers from works and the junk of society, I try to make new work from.” Included in Blue Over Time is a hefty 28-kilogram ball made from tape and leftover from paintings, including Cadence #1, an imposing major work comprising five panels stretching eight metres in length.

“You can see how over time, new forms emerge,” says Owen, for whom the masking-tape ball serves as an aesthetic statement about the excess and wastage that comes with new processes and globalisation. “It’s very important we use art to rethink who we are and why we are.”

Blue Over Time: Robert Owen—A Survey is showing at Heide until July 11. 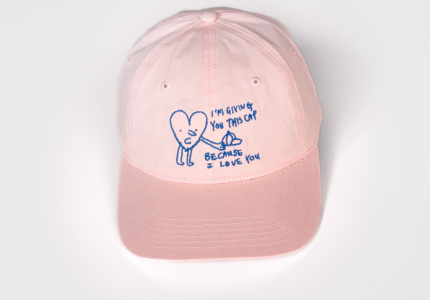