The Bricoleur marks a homecoming for Ricky Swallow, the Victorian born star of the international art scene. 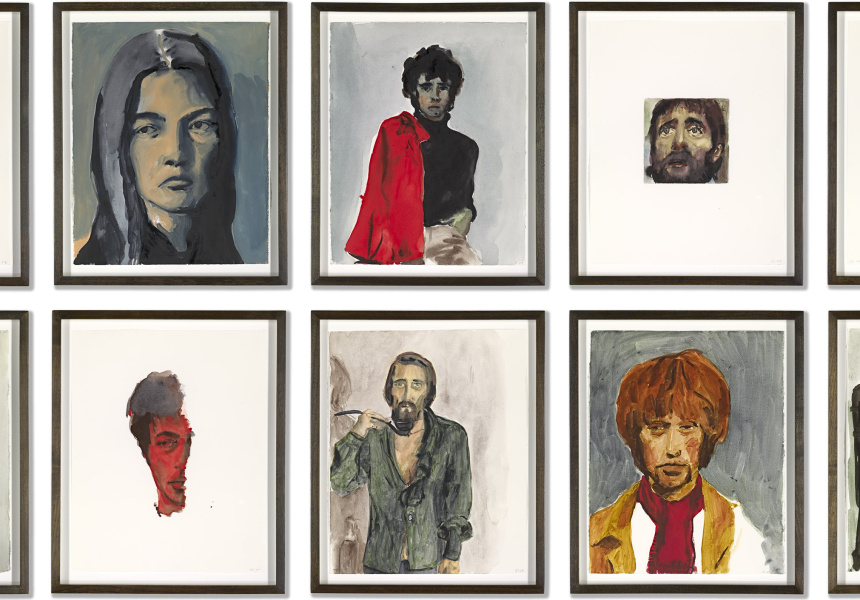 The Bricoleur marks something of a homecoming for Victorian born star of the international art scene Ricky Swallow, who represented Australia at the 2005 Venice Biennale, and now lives and works in Los Angeles.

His first major exhibition in Australia since 2006, The Bricoleur will feature several of Swallow’s well known, intricately detailed wooden sculptures as well as a range of new sculptural works in wood, bronze and plaster. It will also showcase two large groups of watercolours, including the NGV’s recent acquisition One nation underground (2007), a collection of images based on 1960s musicians such as Tim Buckley, Denny Doherty and Brian Jones.

A ‘bricoleur’, by the way, is a person who uses only the tools and materials at hand to achieve a purpose, and as the bricoleur of the exhibition’s title, Swallow tinkers with and makes art out of whatever things he finds lying around. Explaining Swallow’s interest in these seemingly ordinary ‘things’, curator Dr Alex Baker says: “Things have lives. We are our things. We are things. In the end it is our things – our material possessions – that outlive us.”

Based on this, the exhibition title can be read as the artist’s understanding of his own practice: he is The Bricoleur. His method, however, is not to assemble found objects, but to craft elegant replicas of them, creating a memorial to everyday ‘things’, and through them to ourselves.

The Bricoleur is also the title of one of the sculptures in the exhibition, depicting a Converse sneaker wedged between the branches of a plant. This is typical. But alongside contemporary subjects like sneakers and musicians, images of death – such as bones, human skulls and deceased animals – are a primary motif in Swallow’s work. Macabre yes, but it reinforces the significance of the passage of time, since what we leave behind after death are our bones, as objects – things – in the ground.

Swallow’s obsession with death and its symbols is matched by his parallel passion for joyful, life-affirming subjects such as surfing, the sea and folk music. These everyday interests emerge alongside reflections on death, giving the overall sense of an artist who understands the dual nature of life. And indeed, Swallow rejects the notion that he is ‘morbid’. He uses “death as a starting point”, sure, but the amount of life and energy in the production of his work and in its subjects dispels the idea, he says.

A case in point is the sculpture The Man from Encinitas (2009), a man’s head in chalk-white plaster. Modeled on Cranston Montgomery, a craftsman with whom Swallow works when casting bronze, the sculpture looks cold, confronting on first glance. But when you read that it was inspired by a near-death experience of its subject, it takes on new life. Montgomery, a surfer like Swallow, had a heart attack while riding and passed out in the water. The crashing of the waves that brought him to the shore revived him, however, “jostling his heart back to life”. Reading these words about the sculpture cast it in a different light: the peaceful expression becomes that of death-deferred, a profoundly beautiful defiance on the boundary between life and death. It is moments of poignant humanity such as this that has elevated Swallow above much of the cold, conceptual contemporary art out there, and helped him connect with a broad audience.

Swallow’s art addresses fundamental and enduring questions and reminds us of our deep symbiotic relationship to the stuff – the things – of daily life. His practice is grounded by classical modes of art-production, as he works primarily with labour-intensive carving and casting. It is enlivened, however, by its contemporary subject matter as well as by its references to the past. In the artist’s own words, he has “always been interested in how an object can be remembered and how that memory can be sustained and directed sculpturally, pulling things in and out of time, passing objects through the studio as a kind of filter returning them as new forms.”?

The public programs around the exhibition offer further insights, but simply spending time in the exhibition space, and listening to the accompanying music selected by Swallow himself, should be enough to give you a greater understanding and appreciation of one of Australia’s leading and internationally-renowned contemporary artists.

The Bricoleur runs until 28 February 2010 at the The Ian Potter Centre: NGV Australia.