Spanning artworks and ideas that engage with anything from social media to robotics, Experimenta’s 5th International Biennale of Media Art aims to reconsider notions of intimacy and connectedness in our contemporary setting. We give you our top picks. 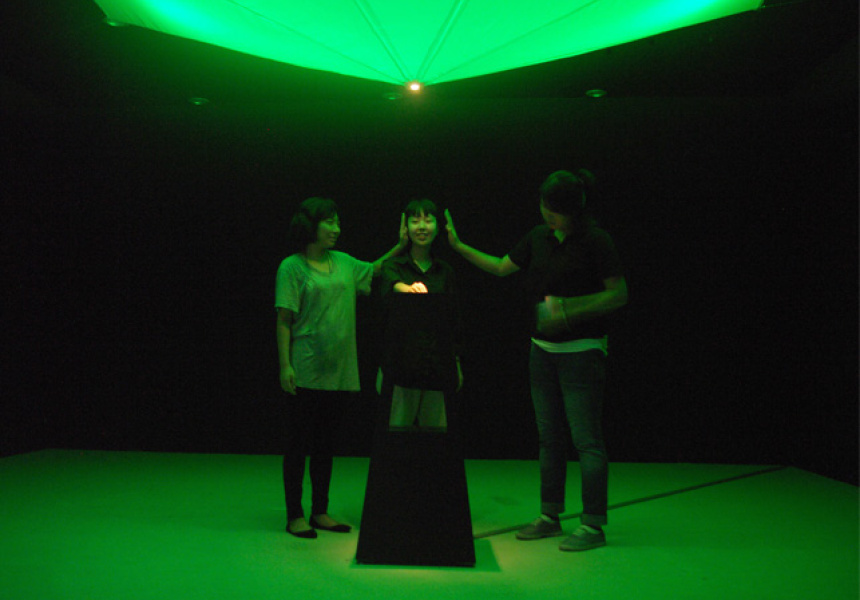 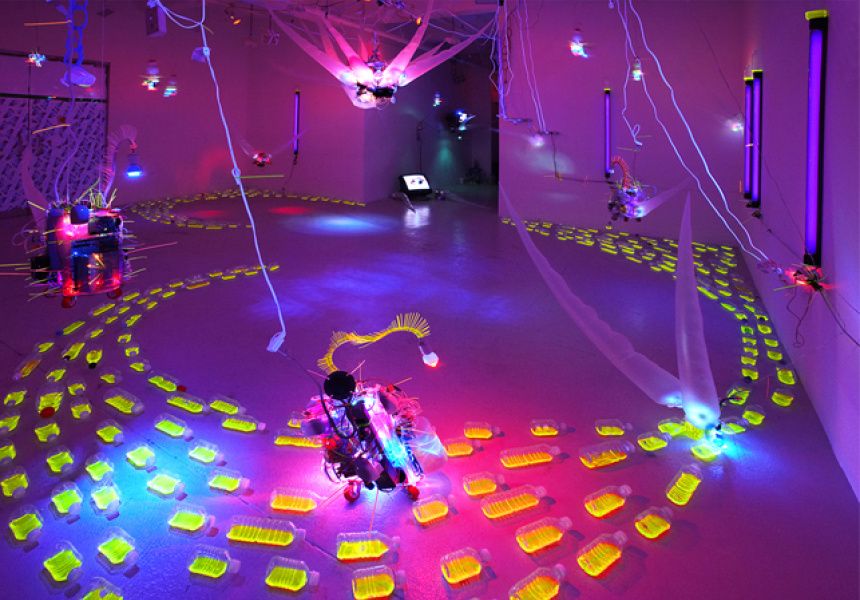 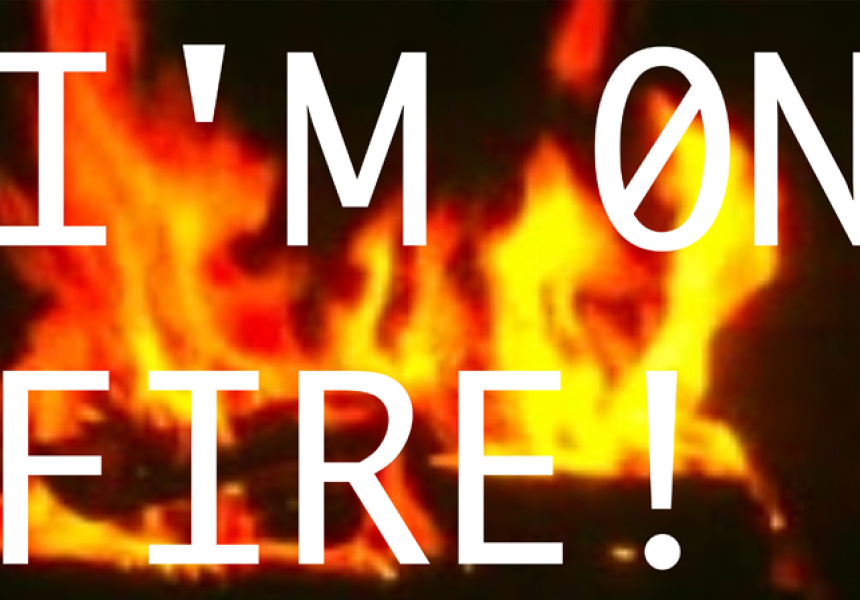 For curator Abigail Moncrieff, Experimenta’s 5th International Biennale of Media Art frames community and connectedness as anything but abstract concepts. “We’re interested in at looking at the internet’s ability to form communities and groups and to mobilise,” she says.

Launching over the weekend at RMIT Gallery, this year’s biennale is themed Speak to Me and features a slew of leading Australian and international new media artists working across a divergent range of mediums – from robotics and installation to film – the biennale finds points of continuity in its engagement with notions of togetherness.

Moncrieff, who prefaces Speak to Me as a meditation on “dream of connectivity”, cites the revolution in communication technologies, social media and the ways in which they’re being used as the event’s central premise. “A lot of the works bring together different opinions about communication and togetherness and ask what intimacy is today, mediated either by the internet or language or other communications,” she says. “While we’re able to form communities in ways like never before, at the very same time,there’s been a lot of press, reportage and statistics that look at online culture and a subsequent rise in loneliness. We’re interested in looking at it from both directions.”

“It’s really the milieu of the exhibition in a way,” suggests Moncrieff. “Looking at how communities and communication takes place now…and where that leaves us. What do we seek from connectedness? What is the nature of connectedness and what does online culture offer us in that context.”

We’ve picked a handful of artists not to be missed from this year’s Experimenta program:

Ian Burns: In the Telling
An Experimenta commission, New York-based Australian artist Ian Burns’ In the Telling draws upon sculptures comprising domestic objects and hotchpotch robotics to create moving images that are both poignant and poetic. Rigged with cameras, microphones, light bulbs and projectors his closed-circuit kinetic installations build a series of travelogue vignettes from the ground up.
Showing at ACMI until January 20, 2013

Wade Marynowsky: The Acconci Robot
Sydney artist Wade Marynowsky creates performance robots that straddle humour, high-camp and a host of unnerving thematic orientations to absorbing effect. His The Acconci Robot commission for Experimenta takes the form of a robotic wardrobe that follows viewers’ movements around the gallery space – only, however, when they’re not looking.
Showing at RMIT Gallery until November 17

Hiroshi Ishiguro: Telenoid
Japanese master roboticist Hiroshi Ishiguro’s infamous Telenoid is on show at RMIT, a robotic telephonic device that operates through mechanisms, mimicking human movements and offering a somewhat troubling substitute for physical intimacy. It will inspire as much wonder as it does trepidation.
Showing at RMIT Gallery until November 17