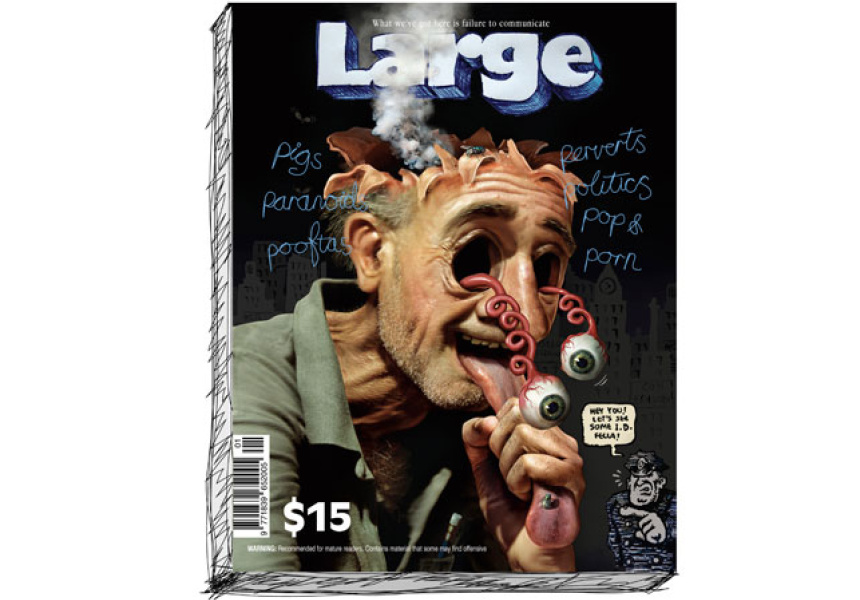 Channelling the eclectic, roguish appeal of 18th century publishing, Large brings together the bawdy wit of Playboy with the insight of The New Yorker and the curiosities of National Geographic.

It’s a lot more than that though, and with its magpie-like accumulation of the odd, the punk and the pornographic, Large’s strangely appealing formula has already been tried and tested in the UK. Originally launched in 1996, the street mag had a circulation of 70,000 and won several major awards at the London Magazine Design Awards.

Publisher Harry Rekas felt it was finally time to resurrect the perky periodical, this time in a spunky A6 format served up in brown paper that invites you to “put your hand in the bag and cop a feel”. It’s certainly different from the original, but it’s still 100 per cent Large.

The first issue features a diverse range vantages, such as a feature on pirate Bartholomew Roberts, an essay on ‘Why Christopher Hitchens Doesn’t Matter’, a seedy photo essay on pub jelly wrestling and a few thoughts on the financial state of the world by essayist Nassim Nicholas Taleb. It’s a picaresque romp of a rag that could take you literally anywhere.

The first relaunched issue of Large is out now and available quarterly from Mag Nation and selected bookstores and galleries.