It comes with talking elevators and an “in-house forager”. 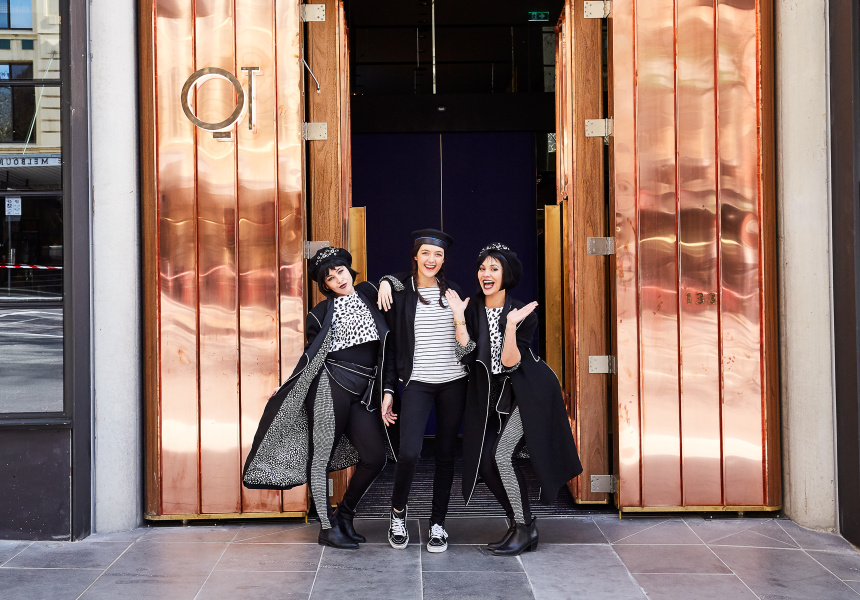 While it’s common for hotel staff to wear uniforms, it’s less usual for their uniforms to be designed by Broadway costume designer Janet Hine (she’s also made costumes for Dame Edna). It’s also unusual for staff to have their hair and make-up done by the in-house stylist before a shift. But so it is at the newly opened QT Melbourne – the first of the hotel chain for Melbourne, but the seventh QT in Australia.

It took around three-and-a-half years to build QT (which has been built from the ground up on the old Greater Union cinemas site), and it shows in the details. The lobby is packed with custom-made artwork and furniture (including the “Coitus Interruptus”, a bold, blue, double-chaise lounge with an armrest running down the centre). A brass-reception desk is engraved with scenes from the Paris end of Collins Street.

Depending on which elevator you take up to your floor (or the rooftop bar) you’ll be cheekily cajoled by either a French, English or Eastern European-accented voiceover. The 188 rooms are spacious and industrial in feel, with concrete ceilings and sliding bathroom walls, which can be opened up completely. The beds are custom-made with a gel-topped mattress. The minibar is filled with quality spirits (such as Grey Goose vodka and West Winds gin), wine, snacks and a bottle of hot sauce.

An entire floor is dedicated to the hotel’s restaurant, Pascale. It’s headed by ex-Rockpool chef Paul Easson and is European in focus. It serves dishes such as steak au poivre (a French-style peppercorn steak); tartare; and ballotine (a boned, rolled and stuffed piece of chicken) made with Milking Yard chickens. On the ground floor there’s a patisserie and aperitivo bar called The Cake Shop. It serves pastries made by a Robuchon-trained pastry chef inside the hotel’s temperature-controlled pastry cube, and bottled cocktails. There’s also a rooftop garden with bees for honey, and an “in-house forager”.

Two spaces have been added to the adjoining laneway. The first is a 30-seat Japanese-Korean restaurant called Hot Sauce Laneway Bar. The second, a Japanese knife store called Tanto.

Like all QT hotels, this one’s designed for the city it’s in (hence the laneway spaces). The building itself, designed by Sydney-based architect Angelo Candalepas, blends with its surrounds. The rooms and public spaces, designed by interior designer Nic Graham and architect and designer Shelley Indyk, have been toned down for a Melbourne audience (although there’s still plenty of QT’s trademark quirkiness) with lots of black tones and wood.

Despite the hotel’s branding (which features close-ups of a naked woman to represent the different rooms you can book), which may seem a bit OTT for Melbourne’s tastes, there’s an elegance to QT once you’re there. It marks a trend of eclectic, boutique hotels opening in Melbourne – such as St Jerome’s rooftop hotel or Notel (six refitted Airstreams on a city rooftop), and other art-oriented hotels such as the Olsen or the Cullen. 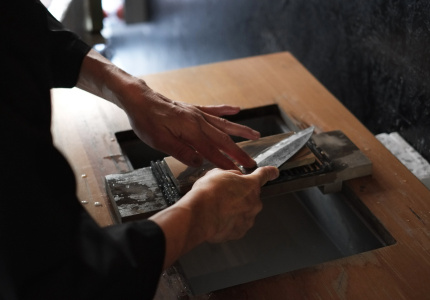