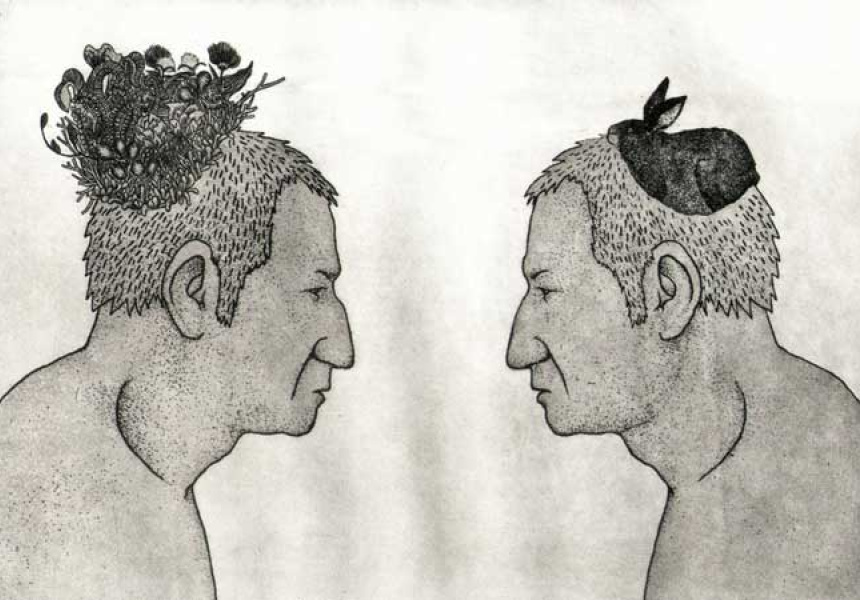 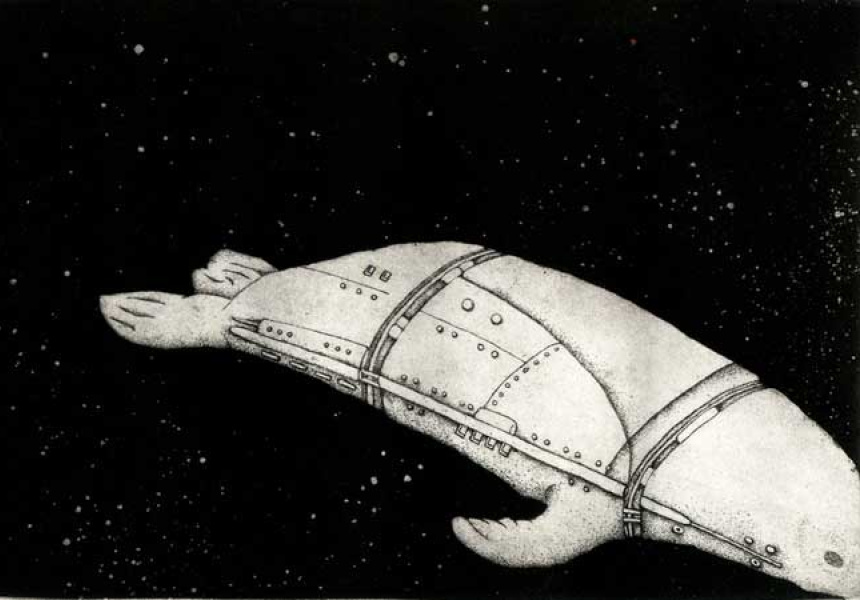 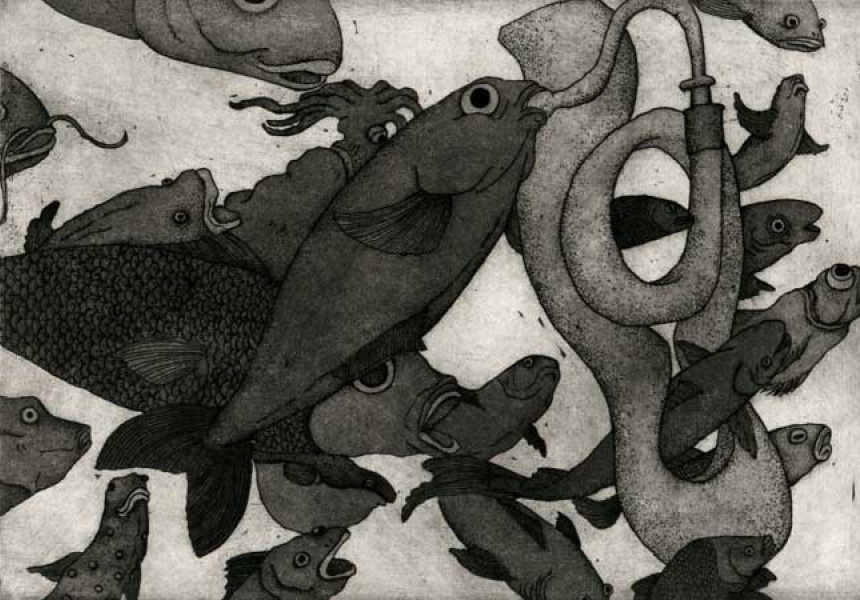 Aesop’s laudable mastery of retail space design reflects the pureness of its trademark bottle-and-tube products. So it comes to no surprise that the inclusion of works by Kowarsky lends well to the shop’s established identity; his detailed representations of natural figures evoke a sense curiosity in the same way as Aesop’s aesthetic and products do. Kowarsky’s travels through North Africa, West Asia and the Middle East – in addition to his past work as a scientific, courtroom and archaeological illustrator – have clearly influenced his printmaking, resulting in a childlike, storybook style that brings a sense of flourish and control to his representations of nature.

Aesop’s Gertrude Street and Flinders Lane branches will feature Kowarsky’s playful, clean, and dreamlike prints, which include a metal-plated whale in outer space, two men facing each other with hares on their heads (entitled Hare Piece) and a tin robot playing a large brass instrument.

His work, alongside that of fellow printmaker Kyoko Imazu, will also be featured in an upcoming exhibition at Port Jackson Press. After a two-year, side-by-side collaboration, the two printmakers have wiped off their inky elbows to reveal a series of works that explore themes of nature, science, art and technology.

The exhibition opens this Friday, June 24 and runs until July 17.