From a little kernel popped into a big dream, Prad Senanyake has built his own directorial vision through making music clips for Australian bands - utilising strange, contemplative storytelling and a killer stylistic eye. 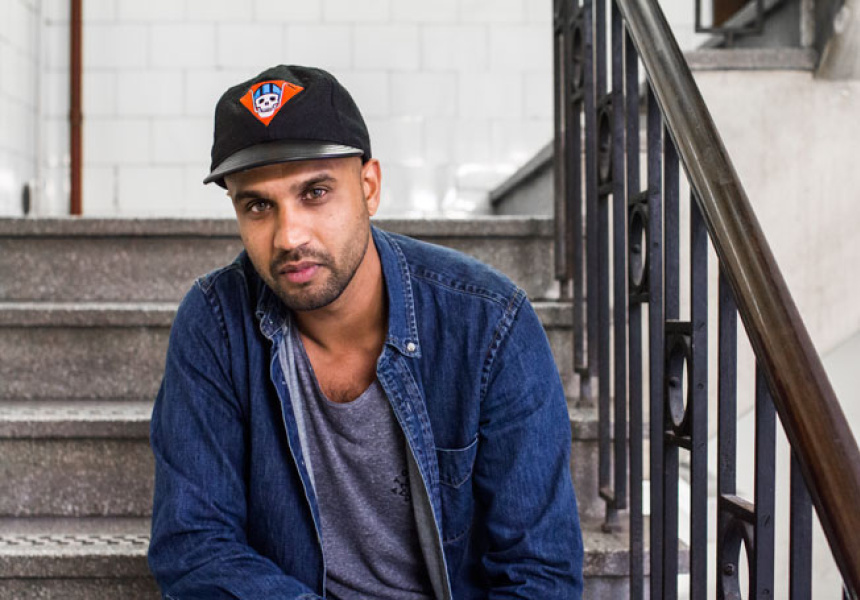 Prad Senanyake’s Tumblr presents a collection of curious Victorian photographs and Masonic paintings, but when it comes to his cinematic influences he’s pretty specific. “If you ask any director their favourite filmmaker they’re going to say Stanley Kubrick, hands down,” Senanyake says. He’s sitting in his new studio located in the dark, oak-panelled Nicholas Building in Melbourne’s CBD, which feels a little like Kubrick’s Overlook Hotel. There’s a rifle in proud profile on the wall, a leftover prop from a shoot. “He’s a super perfectionist. Every filmmaker sees his shit and says, ‘You can’t fault that.’ I like people who are mysterious; that don’t spell it out.”

Having just returned from the States where he filmed the clip for new single Comfortable from Aston Shuffle – the Canberra house duo who host triple j’s Friday Night Shuffle – Senanyake explains how things came together with an American crew. “The song is about feeling comfortable in the arms of a stranger. It’s about strangers, love, film noir – and LA has a lot of that stuff going on,” he says. The entire clip, including its editing, was completed in a week and a half. “It’s crazy, it’s not normal. Not normal at all,” he laughs. “We shot across five or six locations; we went from Echo Park in LA… to the LA River, where it’s illegal to film if you don’t have huge Hollywood permits.” That didn’t stop the parade, however.

“It was guerilla style, a lot of it,” Senanyake says. “One of our guys saw a break in the fence and I was like, we should go down there and film. Fuck it, the sun’s setting, it’s a beautiful smoky LA sunset.” The main actress was “a bit apprehensive” about walking down the steep catchment slope, but after the cameraman led the way with his $700k steady-cam strapped on, everyone followed. When the crew got back to their cars after the final day of shooting in the remote desert, the director of photography found her purse had been stolen. Later police tracked her credit cards and found they’d been used to purchase a pile of pseudoephedrine from the local chemist. “It was very Breaking Bad,” he laughs.

The writer-director acknowledges that music clips are often treated as a stepping stone for Australian creative; a sojourn on the way towards a feature film goal. “For me, and for a lot of directors I think, music videos are a way to…get my vision out. With music videos there’s less budget but there’s more creativity.” The path from there to features is very different to the way we might understand the American procedure. “We don’t have studios,” Senanyake explains. “Here, you go through Screen Australia. It’s a government-funded body. You can go to private investors, but hardly anything gets made without Screen Australia.” The body has incidentally just announced its 2014 slate, with $5.4 million in the coffers for six feature films.

But why hasn’t our film industry developed in the manner of America or the UK? “Because there’s not enough people,” Senanyake says simply. “There’s just not enough demand. Some filmmakers do both: private investment, and then they ‘match fund’ [through Screen Australia]. Other people raise money on Pozible. But it’s never [as successful], because after that you’ve got to get distribution, to get it out there so people will see it, so you’re not hawking DVDs on the street corner.” This is where distributors like Madman and Hopscotch come in, essentially buying a film and organising the rights to screen it in cinemas. “So it’s tough, it’s really tough to get a film off the ground in Australia,” he says.

One of the things the director finds difficult in the Australian creative environment is what he perceives as Tall Poppy Syndrome. “We suffer from it more than any other country,” he attests. “You go to a band in Melbourne and there’s a hundred people not dancing, but stroking their chin and saying ‘I’ve got a mate who can do better than that.’ They’re just criticising. It happens in film, it happens in music videos, it happens everywhere. Maybe it’s because we’re so isolated, like crabs in a bucket,” he laughs. “One crab tries to get up, the other crabs pull them down. We can’t afford to do it! Some of the coolest people I’ve met in the industry are the humblest.”

In terms of those industry members who embody a genuine spirit of energetic collaboration, Senanyake believes the old-schoolers are on top. “The best artists that I’ve ever worked with, that are cool and trust you, are the ones that are established. Something for Kate, for example, said ‘Where do you want me? What can I do?’ Whereas artists [who are shooting] their first video, they’re super paranoid, [and think] ‘This is my chance at being famous.’ One artist cried over a t-shirt. It was awkward as fuck,” he laughs. “But you do get to have fun, some artists are heaps of fun.”