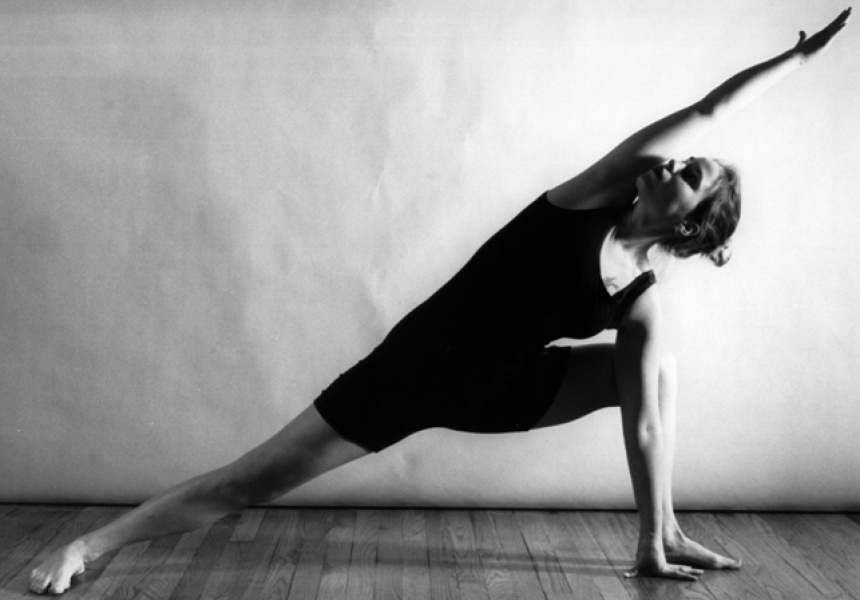 Long before Zumba and Jane Fonda-inspired exercise classes came to the fore as alternatives to sweat-soaked, gut-busting gym workouts, yoga provided a very different kind of physical and mental workout.

The antithesis of fluorescent lighting, grunting weightlifters and blaring Top 40 remixes, yoga spaces – facilitating anything from the more energetic Bikram to the mellower Hatha – are genuine sanctuaries, at least for an hour or so. It only makes sense that new initiative, the Pop Up Yoga Studio combines yoga and interesting architecture.

Meredith Dufour, the woman behind Pop Up Yoga Studio, is an architect by day and a yogi on weekends. And while there doesn’t seem to be the most obvious of connections between the two, for Dufour, they’re closer than you might imagine.

“I was drawn to yoga mainly as a stress relief,” she says. “I found studying yoga teacher training also brought more of an appreciation for my work as an architect.”

The idea for the pop-up initially came as a way to engage the wider community. The project’s first incarnation took the form of a pop-up class in Fed Square several weeks ago as part of Melbourne Architectural Annual. Participants were guided through a Hatha yoga session that gave them the opportunity to interact with the public space – which on any normal day is crawling with commuters – in a completely different way.

The current Pop Up Yoga Studio space in West Melbourne had been vacant for a long time before Dufour took over for her summer residency. The warm glow of the natural light and unique brickwork appealed to the architect in Dufour. The building seemed to have an air of mystery.

“Its location has definitely been a bonus. Lots of people have come because they live in the area and have noticed it while walking past,” says Dufour. “That said, I think when you get comfortable with a space that you go to regularly, the space isn’t a focus. I just don’t like practicing yoga where it smells like musty sweaty mats!”

Dufour, who is trained in Hatha yoga, guides her students through flowing movements linked through breathing exercises. “It’s a good type of yoga to develop strength, flexibility, body awareness and help still the mind; it includes elements of pranayama (breathing practices), relaxation and meditation along with the physical postures,” she explains.

Pop Up Yoga Studio will remain in West Melbourne throughout summer, though Dufour has been eyeing various rooftop spaces in North Melbourne – the kind of spaces that make her inner architect’s ears prick up.