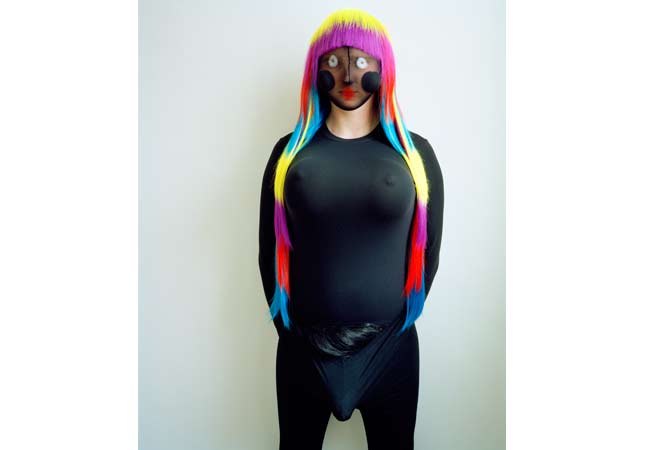 There’s an unyielding ambiguity to the beautifully economical series of photographs that comprise legendary Melbourne-raised photographer Polly Borland’s Smudge. Her purely performative, anonymous portraits seem in a rare state of flux; her subjects drift between genders, between public and private states, between fantasy and reality.

“It’s sort of about this idea of revealing and hiding at the same time,” says Borland, who was born in Melbourne in 1958 and left for UK in the mid 80s, where she has since been recognised as one of the international art world’s leading portrait photographers.

“The pictures are kind of childlike, but there’s something very sinister and seedy about them as well,” she continues. “There’s that real sexual tension in a lot of them that is very un-childlike.”

The faces of Smudge’s small clutch of subjects – the “teenage surfy boy” and the “weird, fucked-up rag doll” – are obscured from view via garish wigs, mutant hair growths, phallic protrusions and stretched stockings smeared with lipstick and blush. A “Denis the Menace type kid” wears a fake muscle-vest; a “clown-y but kind of voodoo-y” man sports a flowing, technicolour wig, giant fake breasts bursting from under his shirt.

“Someone came up to me at the start of the show and said ‘They’re very disturbing, but they’re actually very funny too’,” says Borland, who was one of only eight international photographers invited to photograph the Queen on her Golden Jubilee and whose folio includes portraits of old friend Nick Cave, Michael Hutchence, Cate Blanchett, Kylie Minogue, Gordon Brown, Silvio Berlusconi and Germaine Greer among countless others. “I think he really got it. There is this sense of humour as well as that strange sense of privacy.”

Indeed, by completely concealing her models’ identity via costume and directed performance – a first for Borland – she allows for a very different kind of inquisition. “It’s really about me messing with what’s in front of the camera,” she says. “Because of that anonymity, I’m able to just play and have the model completely give themselves over. It’s almost like I’m photographing people doing things that they would only ever do in private.” 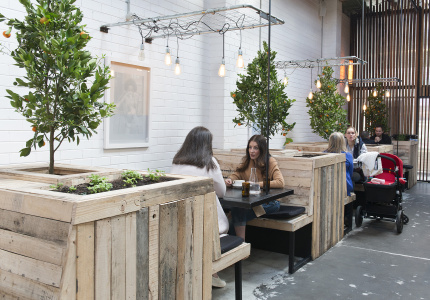