Patricia Piccinini’s Skywhale Is Returning to the Skies

You’ll be able to see the giant artwork floating over the Yarra Valley in a few weeks. 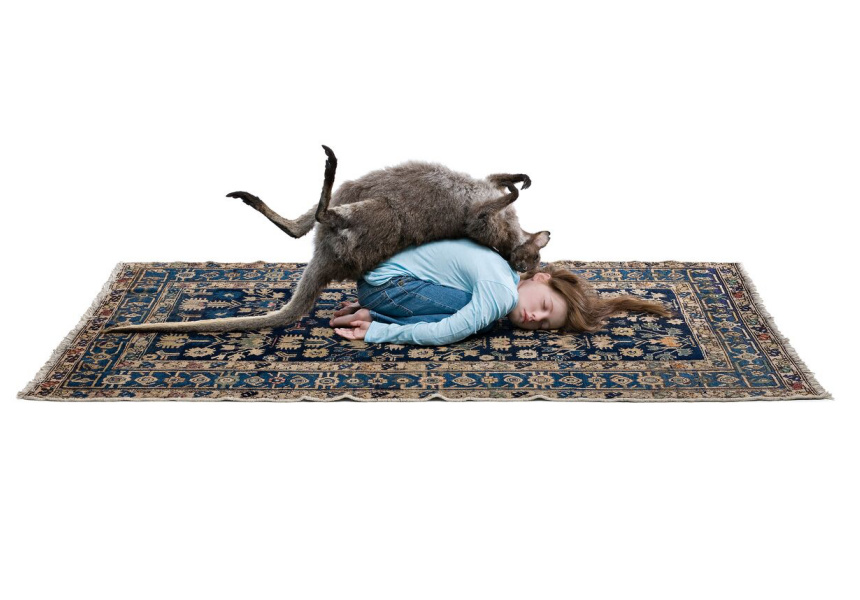 Five years ago, a large, whale-like mammal with ten hanging udders was seen floating over Canberra.

The Skywhale is a hybrid of mammals symbolising a mother figure, materialised in the form of a hot air balloon. Weighing half a tonne, the 34-metre-long and 23-metre-high sculpture required more than 3.5 kilometres of fabric to make. It also had a price tag of roughly $300,000.

It has since travelled the world, flying in Japan, Ireland and Brazil, and in the early hours of November 22 the Skywhale will take to the skies of the Yarra Valley to mark the opening of Patricia Piccinini and Joy Hester: Through love … at the TarraWarra Museum of Art. The exhibition looks at Piccinini’s work alongside that of Australian modernist artist Joy Hester, exploring themes of intimacy, relationships and maternal devotion.

Museum director Victoria Lynn says when it was first released, the imagery of the Skywhale was a shock to some.

“She is a very grand mother figure … And these huge udders – I think the appearance of female fecundity and the mother figure was obviously offensive to some people.”

Lynn doesn’t expect as much of a backlash this time around.

“I think Skywhale will be embraced. We are far more visually literate as a society, and more used to seeing all kinds of visual images.”

Weather permitting, you’ll be able to spot Skywhale hovering over the Yarra Valley in the early hours on November 22.