Brook Andrew’s latest exhibition at Tolarno Galleries sees the Melbourne based artist use rare, ethnographic postcards and neon to continue his traversal of unacknowledged histories and the colonial gaze. 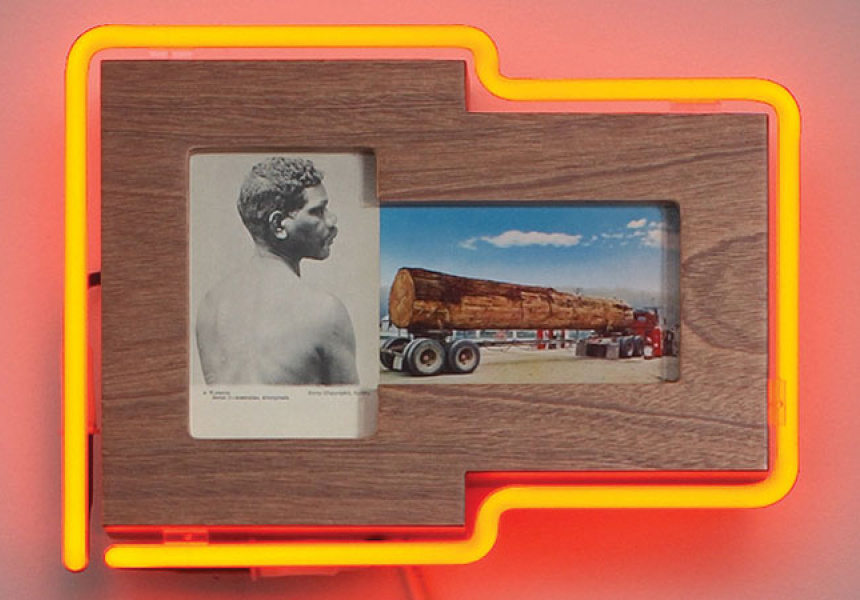 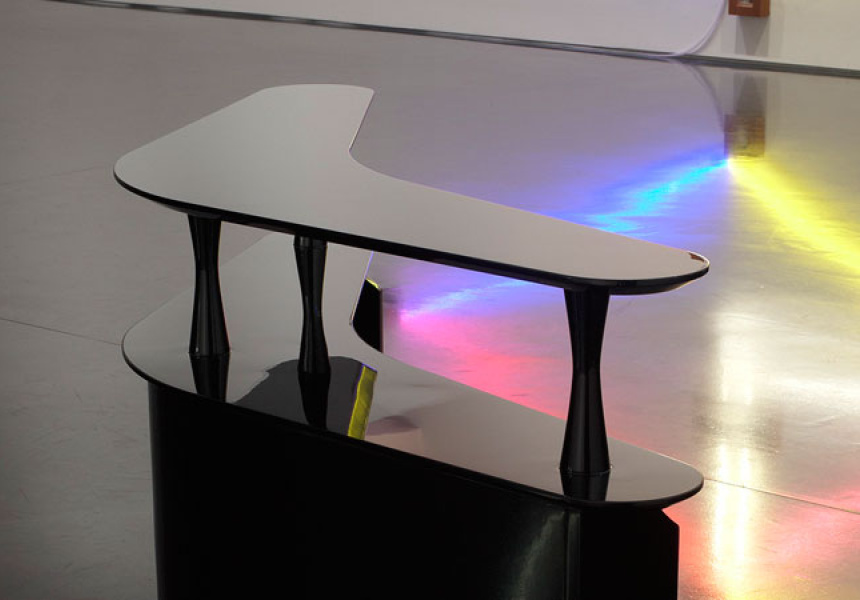 The work of celebrated Melbourne-based artist Brook Andrew is predominantly – and rightly – discussed in terms of its historical motives and motifs. Across a career that has stretched the best part of two decades and seen his work acquired by nearly every major collection in Australia, Andrew’s divergent multi-disciplinary output has adopted and co-opted countless materials and forms in its exploration and re-contextualisation of Indigenous histories and the tendrils of colonial discourse.

Recent works such as his wonderfully oxymoronic Jumping Castle War Memorial, which showed at the 17th Biennale of Sydney in 2010, attempted to prize open public discussion and recognition of peoples displaced by invasion, colonialism and diaspora by making the entry point to such a discussion playful and fun. The jumping castle, which was covered in a bold black and white print referencing Andrew’s Wiradjuri heritage, didn’t just evidence the artist’s want to unearth cultural baggage, but to jam with materials, signifiers, surfaces and syntax in the process.

Though operating in a completely different scale and context, wandering amid the vibrantly coloured neon light that bathes Andrew’s new collection of assemblages at Tolarno – somewhat ironically titled Paradise – one can’t help but be drawn in by this very fascination with muddling content, materiality and form. A series of rare postcard diptychs encased in blocky, almost art-deco-like frames and bordered by lurid neon line one wall. While the visual device is striking on its own, it’s the intertwined histories the postcard diptychs conjure that give them their power. Indeed, each neighbouring image engenders what seems a different cultural narrative. But linkages emerge. Indigenous peoples rendered via the colonial gaze of the exoticiced other – or ‘noble savage’ – are mirrored by Western agents of displacement; be it the log truck, the oil well or the fighter plane. It’s a missive of acknowledgement, cause and effect all in one.

Another series of larger neon, wood and photographic wall works montage images of Indigenous peoples cast in the role of circus freaks. It’s fascinating and horrifying all at once. A tower of cardboard blocks that dominates the centre of the space – each brightly coloured side printed with a melange of photographs – seems a monument to the malleability of history and identity.

There are further mixed messages; a slick, glossy, lacquered light box positioned on the floor exudes a cool, blue, neon glow. Peering down toward the light, tiers indecipherable neon text seem to repeat and mirror for eternity. That the text, when translated from Waradjuri, actually reads “I see you” adds a poignant layer of meaning. Even an artwork, to be bought and sold on the commercial art market, is complicit to the throes of history.

The work, titled Monument 4, speaks volumes about the mastery of Andrew’s practice. His work inhabits and embodies seemingly disparate aesthetic forms only to gently seduce and draw us to their crux. We stroll amid neon lights and gleaming objects, but even objects bare witness. Via subtle, playful and colourful hues, Andrew shifts the gaze firmly back on us.