The Melbourne-based five-piece finishes of their Young North Tour with two sold-out shows in their hometown. 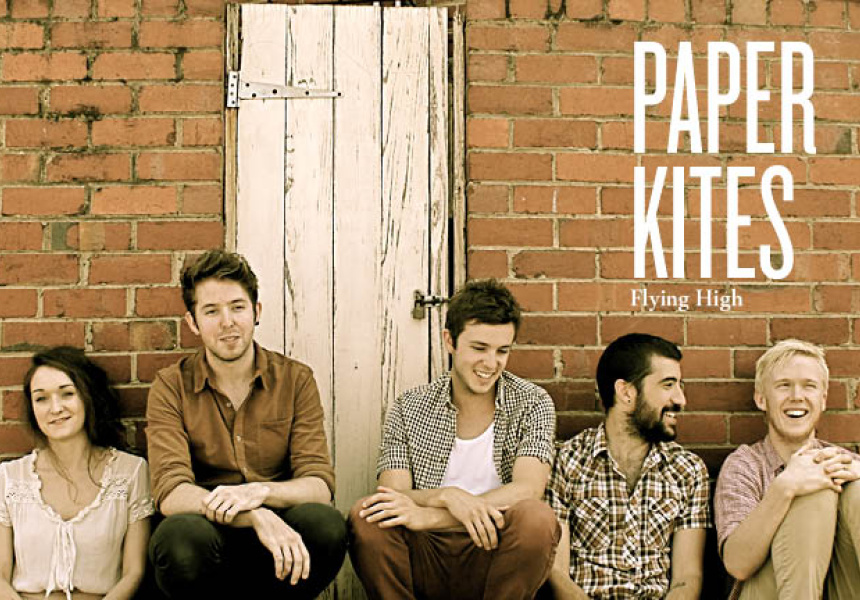 The Paper Kites are three-quarters of the way through their latest tour when we catch up with Josh Bentley of Melbourne-based quintet, with only the Victorian shows left to play. The last point is one that seems to make him incredibly happy. “This has been our biggest tour so far and the first one that we’ve headlined and it’s just been so great to get out and tour the EP,” he urges

The five-piece ensemble have only been around for two years and been quick to garner nation-wide attention, heading out on the road to support much-loved acts such as Josh Pyke and more recently, Boy & Bear.

The EP Bentley speaks of is their latest release, Young North. Whilst writing and recording their second release, the band was somewhat unsure of what route this collection was set to take and how it would come to fruition. “We were quite unsure about the production and whether or not it should be something we do ourselves, but after going out on the road and making connections with people, we realised it was going to work for us and we ended up creating something really great because of it,” says Bentley.

The result is a succinct collection of songs with smatterings of classic pop and folk inflections. That said, the band’s sound is still very much finding its feet.

While success has come quickly, it hasn’t come without hard work. “Time management is a huge part of our success," Bentley laughs. "We all work part-time jobs and have families and lives outside of this that can make things a little bit tricky, but we’re really lucky. The only time it’s not great is when we finish a gig and have to do the load out. Sometimes we play in clubs or bars and when we finish the night is just taking off, so it can be pretty hard to carry your drum kit through a packed crowd of people pushing up against you and wanting to dance."

Bentley is quick to mention the support and almost mentor-like role that aforementioned musicians Boy & Bear and Josh Pyke have played in their development. “It’s helped us so much as a band. From hearing different things every night, to talking about what you do and don’t do as a band and in your careers and to hear their opinions has been so important to us. Even down to the people you meet and the connections you make on the road; being with them really did help set us up for this EP and this tour.

“This tour has been really overwhelming compared to [previous tours],” admits Bentley. “It’s just so humbling and in a way overwhelming to get to a venue and realise that all of those people are there to see you, not the other band that is coming on later. That is something that we're still coming to grips with and is a pretty amazing feeling to experience.”

The Paper Kites are playing at the Corner Hotel this Thursday November 1 and Friday November 2.