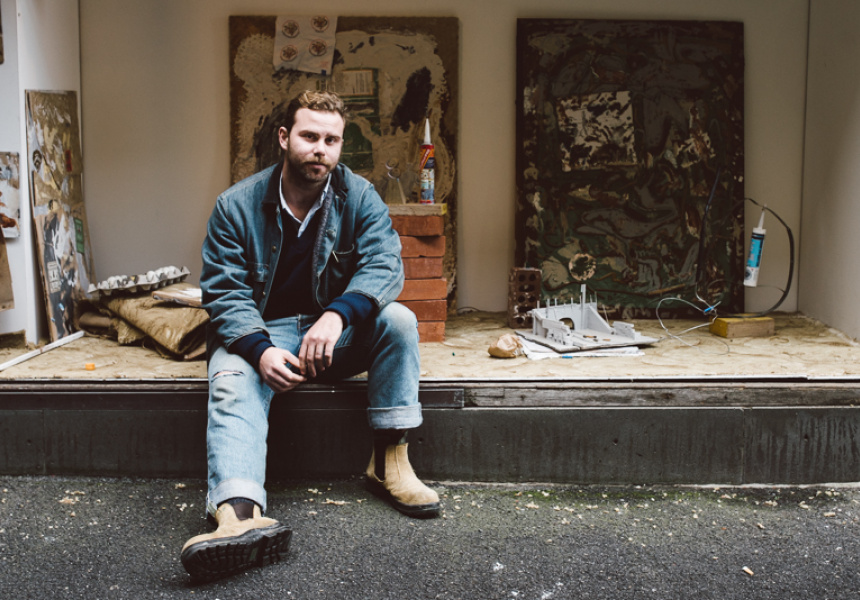 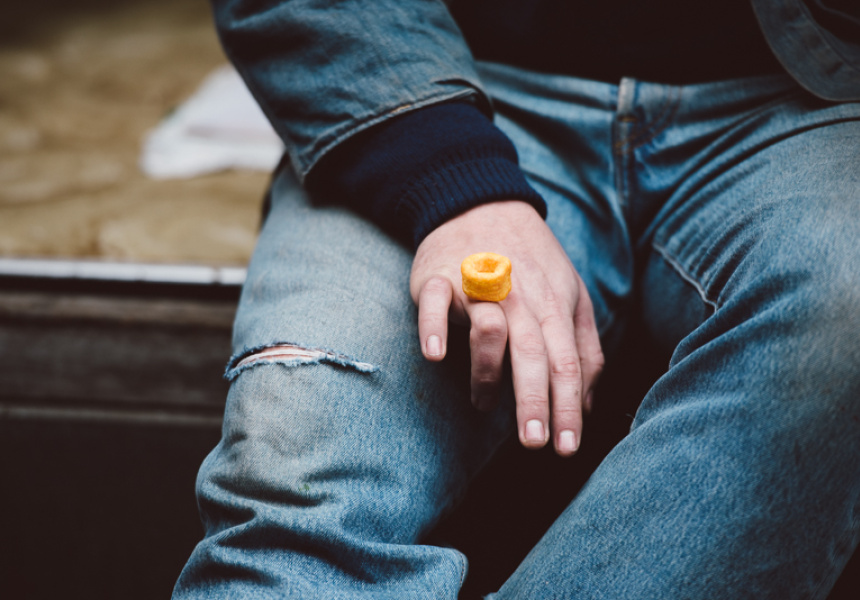 Bricks, scraps of linoleum, tubes of Selleys Liquid Nails, Cheezels and cigarette butts. Oscar Perry’s latest installation has the look and feel of an unfinished renovation in a suburban home.

Negative Gearing, now visible through the window of Chapter House Lane, was in part inspired by childhood memories of a builder named Claude who worked on his parents’ home.

“A smooth, generous man who traversed the second story beams with the grace of an ibex. He worked with my uncle and a cool Californian electrician known as Wiggins. They smoked pot and hammered away over a whole summer,” Perry says in his artist statement. This sense of loose and natural camaraderie left an impression.

He explains they were, “Natural characters ... It had to do with a lifestyle, a sort of heavy leisure. The renovation became a clubhouse. A theatre of muffled radio, dirty jokes and long-winded arguments.”

The 26-year-old Perry’s most recent solo show, Tee Many Martoonis, included an oversized martini glass at Tristian Koenig Gallery, and is typical of the sense of humour the artist applies to his practice, which spans painting, sculpture, video and performance.

Negative Gearing features a replica of Matisse’s Blue Nude drawn with Liquid Nails and carpet and lino offcuts that he says were, “ripped from an asbestos-ridden home.”

The work was also inspired in part by a fictional character of Perry’s imagination: a messed-up tradie who has been burned by his girlfriend Lorraine. “It’s been tough. Lorraine has left but things are now looking clearer. It's about destruction or loss as a creative action,” he explains. “As the title suggests, Negative Gearing, or losing on the surface, is a pathway to a clear mind, or on a business level, a tax break or financial gain,” he says, drinking a beer while on a break from installing the work.

“Liquid Nails is only exposed when you pull something away from the wall. A tradie signature of sorts. I think the idea that you can discover a message once something is broken is a nice model for making work.”

Perry says he is in a transitional stage. He recently moved his studio to Daylesford, where he’ll focus on work before he heads to the Chicago Expo art fair in September.

Negative Gearing will be on display at Chapter House Lane (entry off Flinders Lane) until August 31. Entry is free. 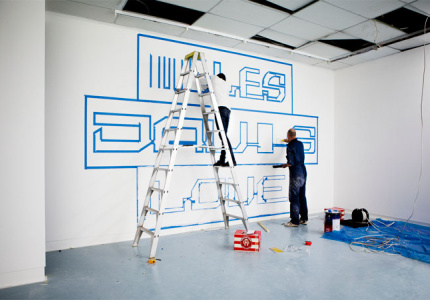