After a decade south side, Lucy Fenton opens her first outpost north of the river, a light-filled mecca with a geometric mural covering the outside, and playful Italian-made armchairs, tooth-shaped terrazzo tables, ceramics and other curios inside. 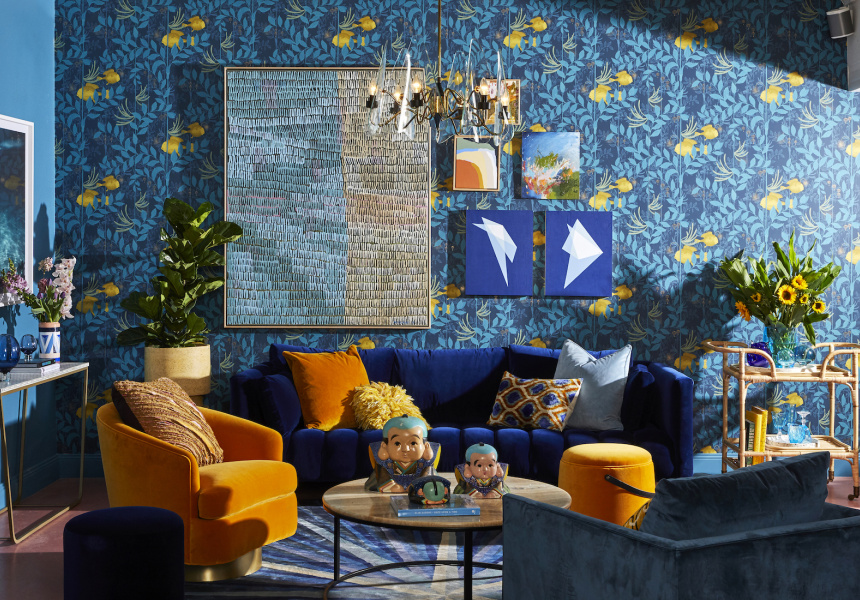 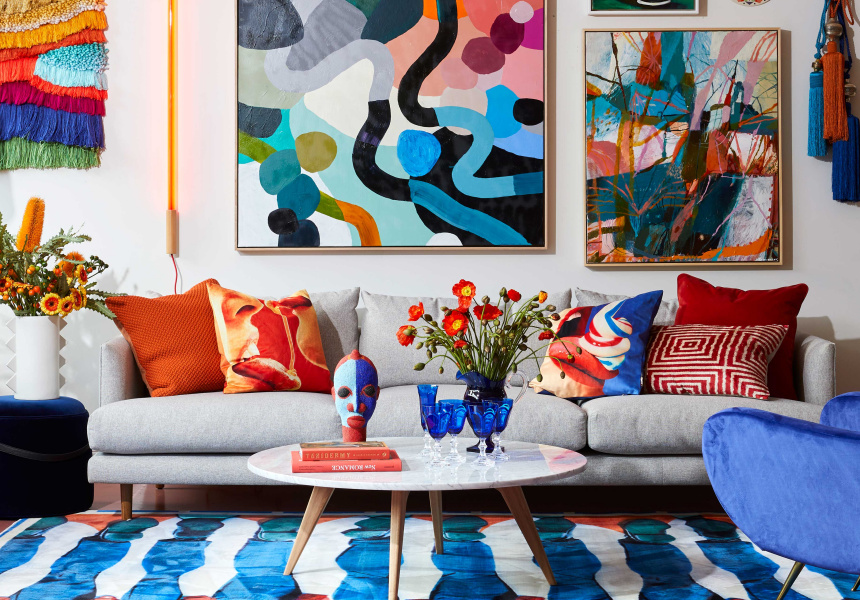 Lucy Fenton of Fenton & Fenton has been in business for 11 years. To celebrate, she got herself a new set of keys. They look pretty ordinary – the kind you get cut at a locksmith and vow to never lose – but it’s what they unlock that makes them extraordinary. They’re the keys to her new Collingwood shop.

“After 10 years in Prahran we really felt the time was right to spread our wings and open another store,” says Fenton.

The decision to open a second interiors store and gallery space north of the Yarra felt like the right move, but finding the right site took months. Eventually, Fenton landed on a former vintage furniture store, albeit one in need of some TLC, on Johnston Street.

“We just fell in love with the corner facade and the charm of the building,” says Fenton. “Transforming spaces is what we love to do, so we were up for the challenge.”

Four weeks after getting the keys, with the help of a paint job and some patterned wallpaper, the site was transformed into a light-filled expanse with a series of nooks showing off contemporary homewares and furniture.

“We had our team working around the clock over that period,” Fenton says. “And while it’s ready to go, much like our Prahran store, we’re always working on the fit-out in some new way.”

On the homewares front, there are ceramic vases by local artist Sarah Ellison, glass sculptures by Amanda Dziedzic, and curios sourced by Fenton on her travels abroad.

Fenton enlisted long-time collaborator and local artist Jasmine Mansbridge to paint a mural over the white-walled shop exterior. “Her use of colour is amazing,” Fenton says. “The mural she created for us is a synthesis of her favourite architectural devices such as portals, stairs and cubes, representing the way in which we selectively retain some thoughts for memory while discarding others.”

Mansbridge’s work is also for sale inside the shop, along with pieces by other Australian artists. There are colourful paintings by Melanie Macilwain, line-based works by Liam Murphy, graffiti and mathematics-inspired designs by Liam Snootle, playful illustrations by Billie Justice Thomson, and bold geometric works by Spencer Harrison (also known as Spenceroni).

Fenton regularly hosts instore exhibitions, too. The first show in the Collingwood space will be with French-born, Noosa-based artist Stan Piechaczek.

Fenton says she already feels right at home in Collingwood. “The area has such a nice community feel, and we’re really enjoying getting to know the friendly locals.”

This article first appeared on Broadsheet on August 1, 2019. Some details may have changed since publication.