In a space that’s safe, unintimidating and LGBTQIA+ friendly, choose from 18 different tattooists – each with their own style. There are comfy cream couches and homey forest-green accents, plus a resident dog called Diesel. 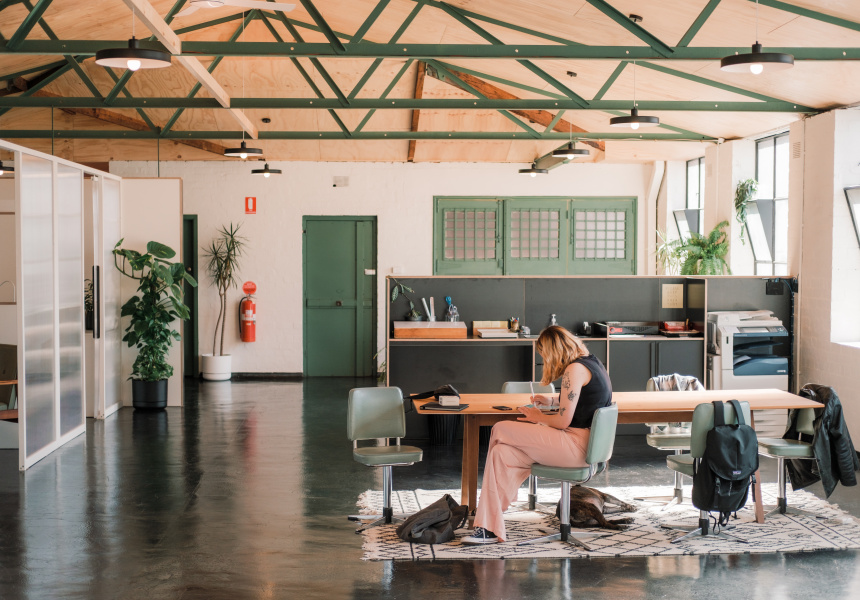 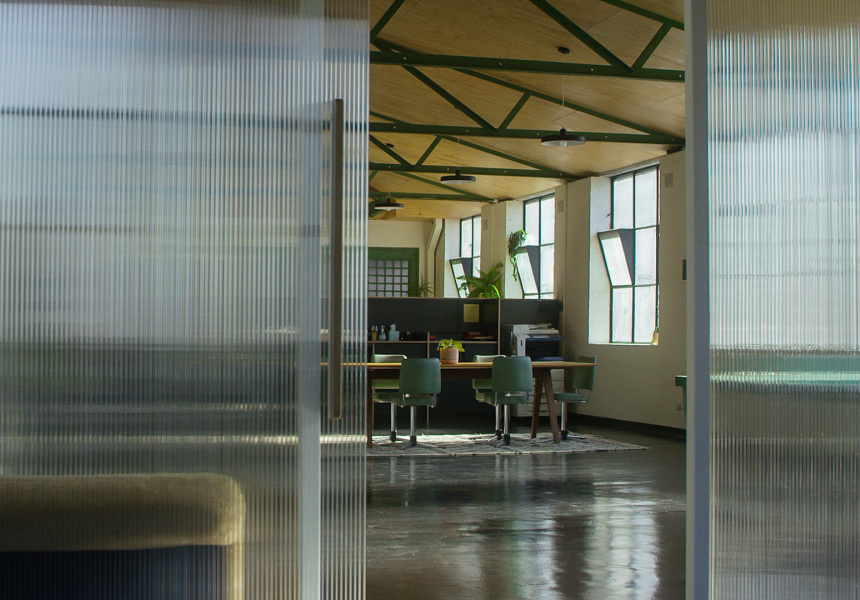 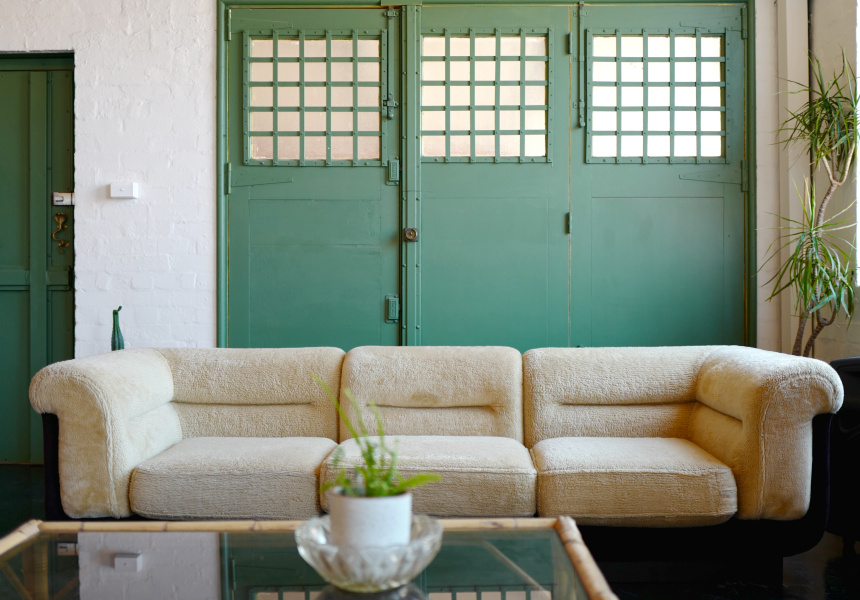 Tucked down a Brunswick side street in an old red-brick building – a converted sewing factory – is the new home of tattoo studio Little Gold (as the name suggests, it was previously located on Little Gold Street in Brunswick). “You don’t really know what you’re going to open the door to,” says co-founder Sass Cocker.

Through a beautiful courtyard and up a flight of stairs, you’ll find the large, airy studio, filled with natural light and plants. It’s warehouse-y, but the white, timber and forest-green accents give it a homey feel – as do the comfy cream couches in the waiting area.

Cocker, who started the studio with tattooist Charley Gerardin in 2018, has had their eye on this spot for a couple of years; when it finally became available the pair snapped it up. And, after an intensive reno, what was once a run-down building with windows that barely allowed the light to shine through now “feels like a dream space”, Cocker says. There are six rooms in the co-working space, which is shared by a group of 18 tattooists.

It’s not what you might expect from a tattoo studio, but that’s kind of the point. At Little Gold, the team is trying something different. It’s a space that’s safe, welcoming and LGBTQIA+ friendly – for customers and tattooists who may not feel completely comfortable in traditional or stereotypical tattoo studios.

There are so many reasons people get tattoos, and Little Gold wants to make it as unintimidating as possible for everyone. “We have so many people come in for their first tattoos and a lot of returns, too, which is really nice,” says Cocker. “We’ve had some people who are a lot older, and people [who] after having top surgery or breast-cancer surgery come in to get tattoos to reclaim their bodies.”

It’s not just the ethos and design that aim to put customers at ease, though. If you’re lucky you’ll be greeted by Diesel, Cocker’s English staffy. “He just sits in the waiting area and cuddles up to people – it’s his favourite place to be,” they say, with a laugh.

Little Gold is an appointment-only studio. And its Instagram page has a highlight section for each tattooist who uses the space; start there to get a sense of whose style would work best for you. There’s everything from colourful micro pet portraits to hand-poked black-and-grey dot work and cute, teeny-tiny tattoos.

Little Gold Studios is open seven days by appointment only. Find a current list of tattooists here, then book directly.