The NGV has unveiled the preliminary details of Melbourne Now, a sprawling exhibition that the institution is framing as its biggest and most ambitious project yet. 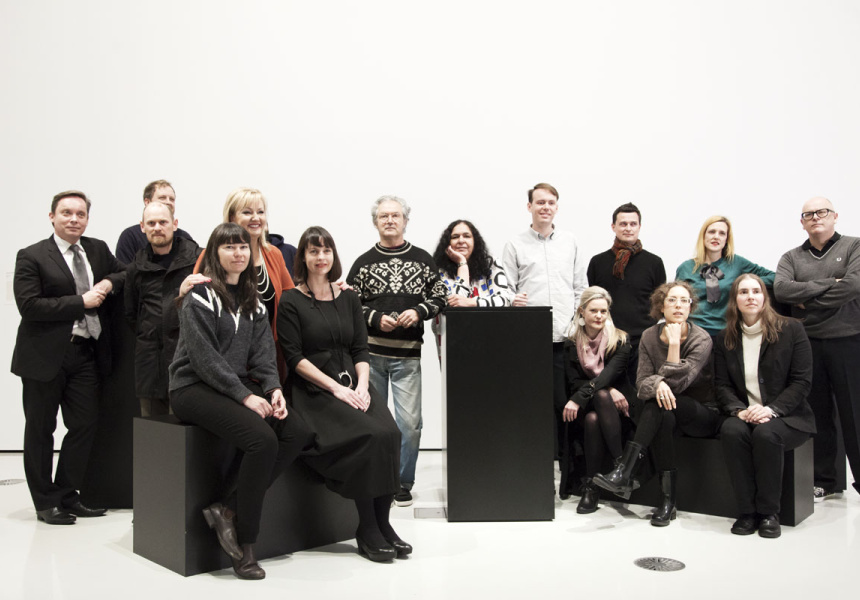 The NGV revealed an initial sketch of what the gallery has described as its “largest and most ambitious exhibition in the NGV’s 152 year history” late last week. With director Tony Ellwood and Minister for the Arts Heidi Victoria in attendance at NGV International, senior curator of contemporary art Max Delay announced the first group of 30 artists to participate in Melbourne Now, alongside a clutch of preliminary details about the exhibition, which will sprawl across both NGV sites from November 2013 to March 2014.

Framing the project as plotting the “psychology and geography of the city”, Delany suggested that the “complex and labyrinthine” exhibition would add “a whole plethora of Melbourne voices to the gallery spaces” via “moments of extreme density, intensity and immersiveness, as well as open spaces for singular debate, presentations, inspiration and reflection”.

Colourful prologues aside, the project seems to fit comfortably within Ellwood’s wider missive since assuming the directorship of NGV in August last year, which has seen the gallery take on an increasingly lithe, accessible and resolutely contemporary guise. The first 30 artists to be announced speak volumes about the Melbourne Now project, which will comprise over 250 commissioned, acquired or loaned works and installations by 130 artists and creative practitioners spanning contemporary art, “architecture and design, dance and choreography, independent music, biotechnology and other fields of creative endeavour”, as well as a team of 30 curators.

While up-and-coming contemporary artists like Matt Hinkley, Caleb Shea, Laith McGregor, Lauren Berkowitz and Ross Coulter all got the nod, leading mid-career artists like Marco Fusinato, Bianca Hester, Destiny Deacon, Patrick Pound, Ronnie van Hout and Daniel Crooks also featured, as did internationally regarded artists Patricia Piccinini and John Nixon. Fashion designer Toni Maticevski, architects Fleur Watson and Rory Hyde and taxidermist Julia deVille also made the initial list, in addition to curated projects by UnMagazine and others. Such a purportedly all-encompassing exhibition will, of course, raise its share of eyebrows and ire amid the visual art community. Indeed, if you’re not deemed part of Melbourne Now, then where the hell are you? We’ll find out come November.

Melbourne Now shows from November 2013 to March 2014 at NGV International and The Ian Potter Centre: NGV Australia at Federation Square.