The security firm used by the National Gallery of Victoria provided services in refugee camps on Manus Island and Nauru. The relationship had been criticised by artists and the wider community. 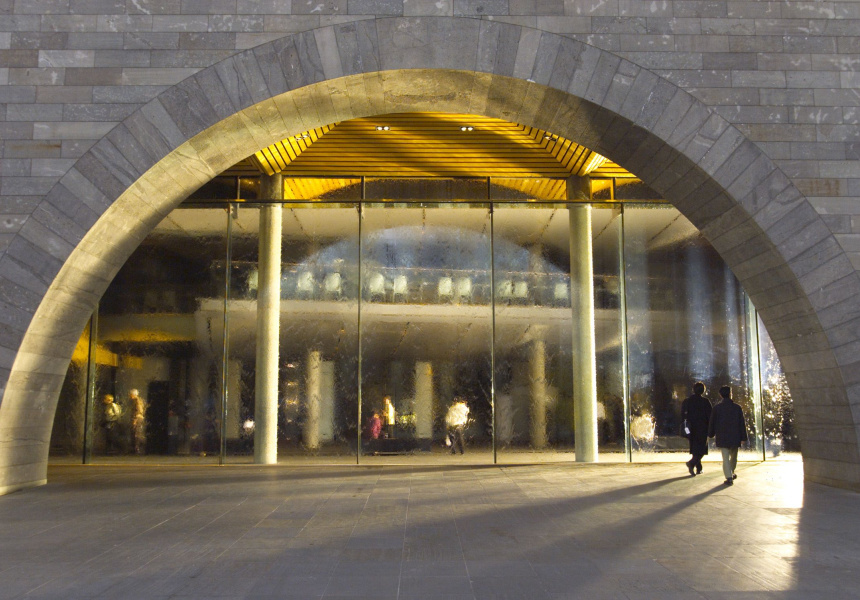 The National Gallery of Victoria has announced it’s ending its relationship with Wilson Security.

The announcement follows pressure from artists, visitors to the gallery and community groups for the NGV to cut ties with Wilson, which concurrently ran security at the controversial Australian-funded detention centres on Manus Island and Nauru until October last year.

The relationship between NGV and Wilson Security became an issue inside and outside the launch of the NGV’s Triennial exhibition, for example, last December. At a VIP preview, the Artists' Committee blocked the main entrance. Featured artists Candice Breitz and Richard Mosse, both of whom directly address the refugee crisis in their art, altered their works at the last minute to call out the connection between the gallery and Wilson.

Breitz changed the name of her video piece Love Story to Wilson Must Go. Mosse replaced one screen of his multi-channel video work Grid to display a statement from detained journalist Behrouz Boochani about Wilson, Nauru and the NGV.

The NGV distanced itself from the decision to give Wilson the contract, and backed the protesting artists. “Wilson Security is the NGV’s interim security service provider, and was selected from the Victorian Government security services panel,” said an official statement last year. “The NGV supports artists’ rights to express a range of viewpoints.”

The appointment of a new security firm, SecureCorp (owned by Hong Kong-based group Guardforce) was the result of a public tender process.