There’ll be more than 300 works on show as part of the NGV's summer blockbuster series. 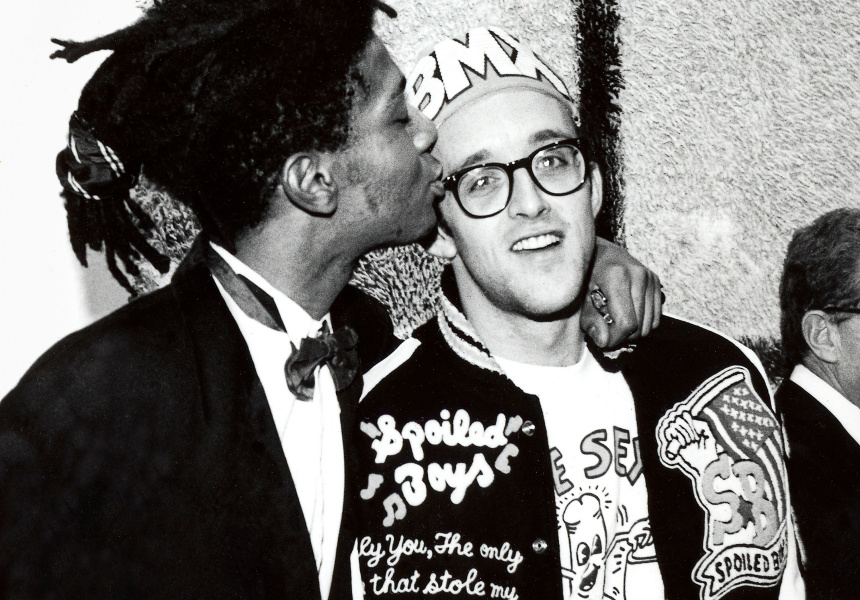 Photography: Courtesy of the National Gallery of Victoria
1/13
by Will Cox
Share

More than 300 works by American art icons Keith Haring and Jean-Michel Basquiat are making their way to Melbourne this summer. From public art, sculpture and photography to collaborations with rock stars, Haring and Basquiat’s work takes us back to the glory days of graffiti and hip-hop culture in 1980s New York. Both artists got their start on public walls, and went on to make some of the most important art of their generation.

Many key works will be on show: Basquiat’s Untitled (1982) is a violent, colourful scrawl of American identity in despair, channeled through a screaming face. Haring’s Untitled (1983) (they weren’t big on naming things) is a typically playful comment on mass media, depicting headless dancers and a caterpillar with a computer for a head.

Guest curator Dr Dieter Buchhart says this exhibition is about drawing out the artists’ engagement with social issues: racism, the AIDS crisis, social injustice and consumerism.

Basquiat became a prominent figure in the New York underground as an artist and musician before turning to neo-expressionist painting and gaining international acclaim. In the '80s he was a superstar, collaborating with Andy Warhol, appearing in films and music videos and becoming shorthand for New York cool.

Haring’s work will be familiar to Melburnians, even those who don’t know his name. In 1984 he painted a mural of a group of ecstatic dancing figures (which appear throughout Haring’s oeuvre) on the side of the Collingwood Technical School (soon to become the Collingwood Arts Precinct).

Both artists drew on street art and commercial imagery, and both worked with repeated motifs that have passed into pop culture. Basquiat’s crown motif, which is both a logo and an association with royalty and greatness, and Haring’s bouncing, dancing figures and “Radiant Baby” are symbols of happiness and vitality.

They were also both taken from us before their time: Basiquiat died of a drug overdose in 1988, and Haring of AIDS-related complications in 1990. Their works are isolated to the 1980s, but their influences live on.

In December, we can see it for ourselves.