Rising from the ashes of Devastations, new electro duo Standish/Carlyon are gaining steady steam and are set to drop their debut album in Melbourne this weekend. 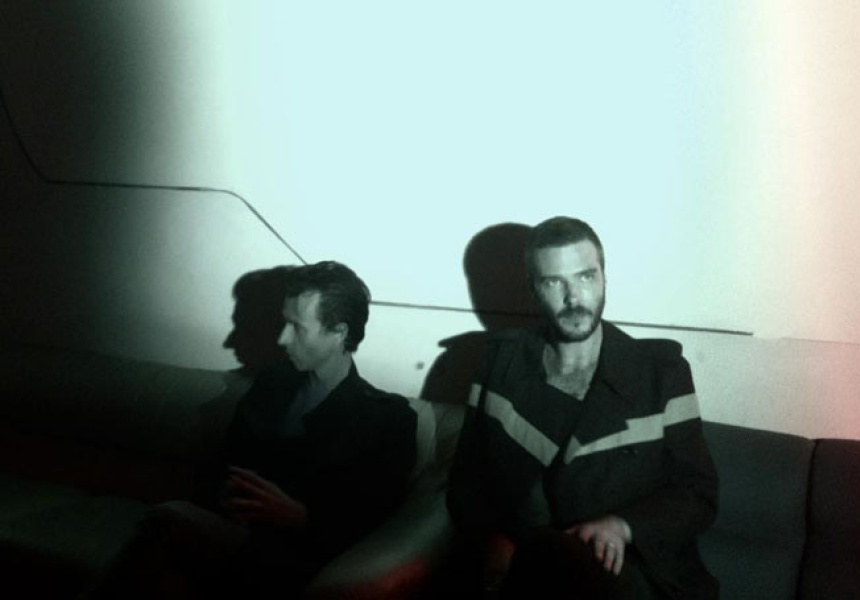 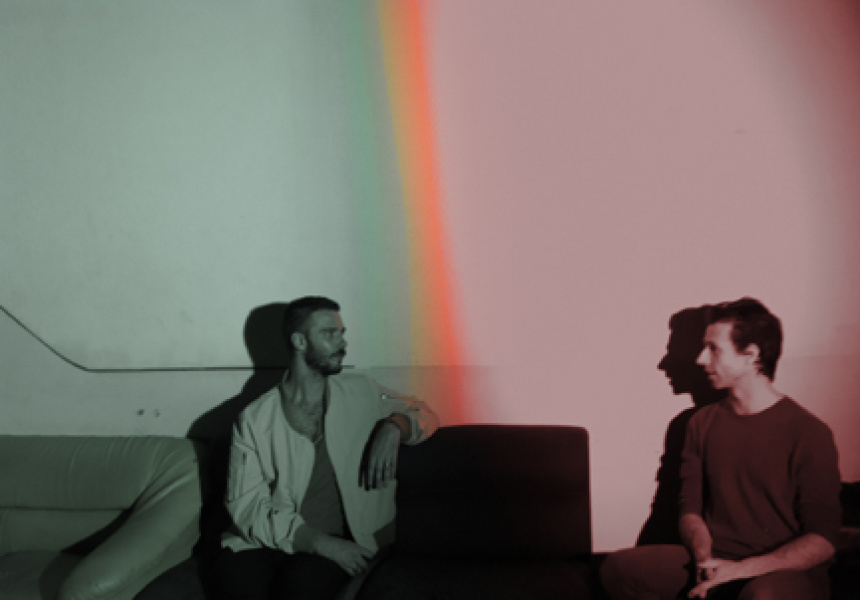 Although we’re only halfway through 2013, it’s a fair bet that come December, there’s one Australian album – a quiet, dark horse – that will appear on a considerable number of ‘year’s best’ lists. Melbourne band Standish/Carlyon’s slinky, scuzzy and downright sexy album Deleted Scenes could be a yacht rock album recorded by Joy Division – which is to say, it’s pretty good.

Standish/Carlyon are long-time collaborators Tom Carlyon and Conrad Standish, who performed together for over a decade as Devastations. Their former band brought to mind indie rock of the Nick Cave or Drones ilk, but Standish/Carlyon are another beast altogether. Eschewing live percussion altogether, Standish applies an eerie falsetto to chunky bass lines and Carlyon arranges squalls of electronic noise over looped percussion. The effect is sleek and hypnotising.

But while it might feel like a radical departure to the casual listener, Standish believes the change in sound is a natural progression. “It’s six years since we made our last album, Yes, U, and a lot can happen in that time,” he says. “If you hold the two things up against one another, they’re going to seem like quite a jarring contrast perhaps, but it doesn’t feel that way to me at all. It’s just a very slow and natural progression.”

Standish explains that the change of direction was a natural consequence of a rapidly shifting musical landscape, particularly online. “I still love the same things that I loved while I was in Devastations, but a lot of new music came out in six years,” he says. “In that time, the internet and the ease of acquiring rare albums, which you would never find in shops, [meant that] the availability of music really exploded. I would venture that almost every musician has been exposed to that and somehow benefited.”

Apart from simply consuming music, online access gave Standish and Carlyon the ability to collaborate continents apart. While much of Deleted Scenes was recorded in London, the pair also relied upon file-sharing to pass ideas between Melbourne and the UK. “I was living in London for six years and Tom was in Melbourne,” says Standish. “We’d send each other things over the internet – he’d send over a beat and I’d overdub a bass line.”

Besides one another, Standish/Carlyon brought in a number of talented collaborators for Deleted Scenes, including HTRK’s Jonnine Standish (Standish’s wife) and Benjamin John Power of Fuck Buttons. “Ben, he’s a dear friend. We lived around the corner from each other, we’d hang out and DJ together at clubs in London,” says Standish. “What he does, it suits that song. That slow unfolding jam, that’s what it’s all about.”

While Standish/Carlyon was primarily a long-distance relationship, since Standish’s recent return to Melbourne the pair are once again a non-virtual band. Returning to his hometown seems to have been a mixed experience. “Part of the Australian psyche is ‘We’re just as good as the Yanks,’ or ‘The food here is world class’. You hear that phrase used here in Australia a lot,” he says. “It’s an insecurity of Australians, and I totally understand it. But I don’t feel like I need to represent Australia. I think the best way to think of Australia is to not compare it to the other powerhouses of the world. Think, ‘I live in Jamaica’.”

In recent months they’ve toured in support of local troublemaker Kirin J Callinan, featured onstage at All Tomorrow’s Parties and are about to launch Deleted Scenes in Melbourne with a solo show.

While they’ve had plenty of experience playing as a band, the dynamic of a duo is new to Standish/Carlyon. “It gives you limitations, but I’d prefer to be working with a limited paletre than having all these options and not knowing which way to turn,” he says. “I really like the dynamic of a duo. It feels like a good group for me.”

Standish/Carlyon are launching their debut album Deleted Scenes at Shebeen on Saturday July 27 from 8pm. Tickets are available here.