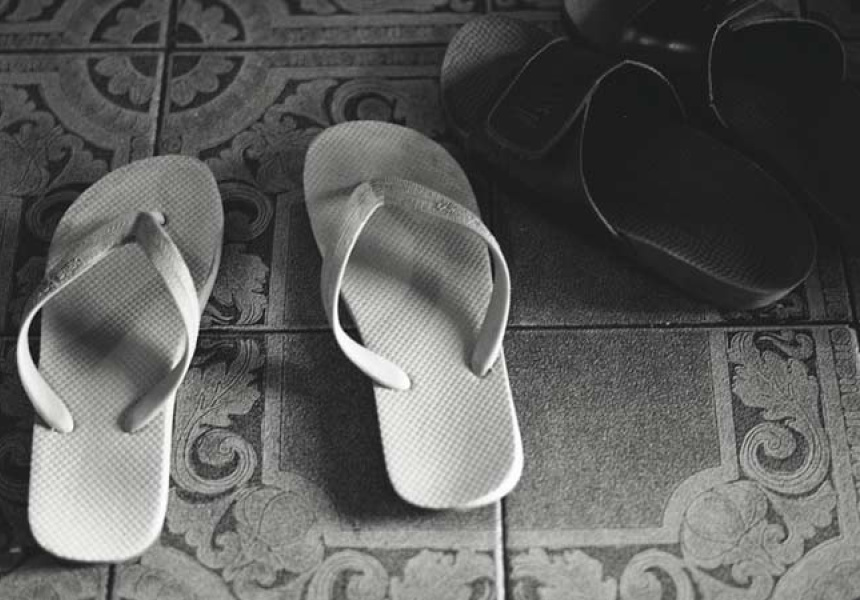 Integral to the functioning of a city are places of worship. Whether Christian, Buddishst, Muslim or atheist, religion is an expression of cultural diversity that reveals a multicultural landscape within a city. There are 61 of these places in Melbourne, and photographer Zoe Ali has taken her camera to every one.

Capturing this insight in black and white, Ali remains an outsider to these places of worship, capturing the perspective of a pedestrian simply passing by, peering in doorways, gazing at distinctive rooflines or taking a moment to appreciate ornate detailing of interiors.

Alongside the images sit captions by renowned Melbourne writer Christos Tsiolkas (The Slap). In collaboration with the images, Tsiolkas is presenting text relating to the city from the Bible, the Koran and the Torah, combined with his own observations about life and faith in Melbourne in the 21st century.

Long-term collaborators, Ali and Tsiolkas, exhibit this fascinating array of images and correlating text in an exhibition at City Gallery titled A New Jerusalem: Faith and the City. The exhibition will also include a selection of objects and artworks from the City of Melbourne Art and Heritage Collection from places of worship in Melbourne collected over the last 200 years.

The exhibition will open tonight at City Gallery by Councillor Jennifer Kanis. Father Bob McGuire will introduce the exhibition as a guest speaker.

A New Jerusalem will be open at City Gallery until 22 January 2011.