From creative minds that have worked on Dark Mofo, Mona Foma and Melbourne Fringe Festival, Rising is set to highlight local artists with a $2 million commissioning fund. 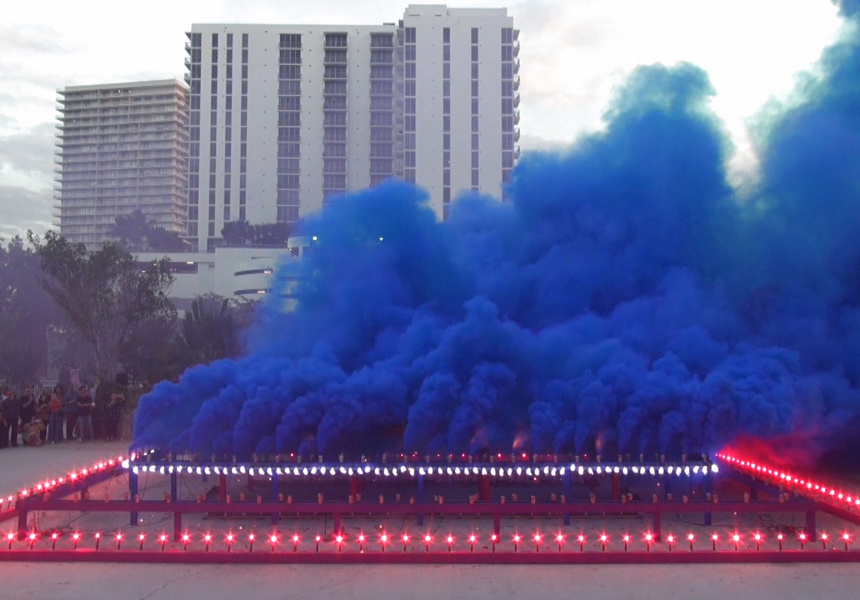 This may not protect you by Amrita Hepi, Honey Long and Prue Stent This may not protect you by Amrita Hepi, Honey Long and Prue Stent

With events, festivals and gatherings throughout the year cancelled due to the pandemic, there’s a hunger stirring for more arts, music, culture and the interaction they bring.

Rising – a new festival to take the place of White Night and the Melbourne International Arts Festival – is set to have its inaugural run next winter, highlighting the best of arts and culture in Melbourne and Victoria.

It was originally slated to debut late this year, but co-artistic director Gideon Obarzanek (XO State at Asia Topa, Melbourne Fringe Festival) sees the delay as a blessing of sorts.

“In an interesting way, it means we’re now able to redeploy $2 million of funds directly to Victorian artists for them to pick up great ideas for next year, when the public is more able to engage with them,” he tells Broadsheet. Rising is funded by the Victorian government, which has pledged $16.8 million to the arts industry in the wake of the Covid-19 crisis.

“It’s obviously more important than ever to try and give support, particularly to independent artists who’ve been hit by the situation, and it’s something we’d already set out to do anyway,” co-artistic director Hannah Fox (Dark Mofo, Mona Foma) adds.

Expressions of interest opened this morning. Artists can submit proposals and ideas mapped out in 300 words or a two-minute video. Selected works will be supported through development with $2000 seed funding and production assistance.

Their vision highlights all the best facets of Melbourne – from its late-night culture and live-music scene to its hospitality industry.

“It’s not a city that you come and look at, but one that you really have to experience,” Fox says. “For a lot of people, the first way they interact with culture in Melbourne is through food, so we want that to really be embedded in the art, music and performances of the festival.”

And while there’s a strong focus on Victorian artists and performers, it’ll still be a large international affair, with artists coming in from around the world and avenues for local works to be exhibited overseas after the festival.

The opening night coincides with a total lunar eclipse, and future iterations will fall on full or new moons.

“[The moon] is ephemeral, it’s forever shifting, and that reflects the idea of what a festival is – it’s not an institution that’s tied down in bricks and mortar; it’s constantly changing and cyclical,” Obarzanek says.

Rising will take place from May 26 to June 6, 2021. Artists can submit expressions of interest here.